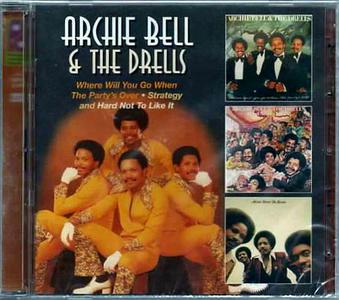 As a package, the three albums contained on these two CDs offer a well-rounded picture of the Drells at the time of their Gamble & Huff days at Philly International. For starters, these records were all aimed at disco, being recorded in 1976, 1977, and 1979, respectively. It is true that most of this material doesn't match the brilliant work they did at Atlantic, but then, it's hard to dismiss any of these records out of hand. Given the pure, big string and popping bassline treatment that was so prevalent at Philly, it's easy to see why these records charted. Using the production team of McFadden, Whitehead, and Carstarphen, all three albums were aimed squarely at the charts and they all did. 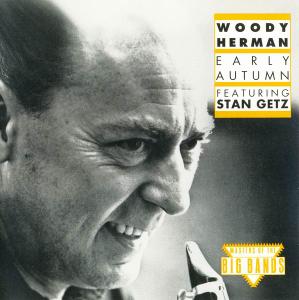 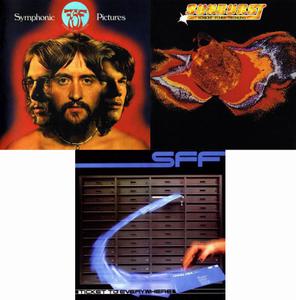 Symphonic Pictures (1976). Esoteric Recordings are pleased to launch their new Reactive imprint, dedicated to reissues of classic German rock, in April 2010 with the first ever UK CD release of the stunning "Symphonic Pictures" by Schicke, Führs & Fröhling. Drummer Eduard Schicke, Keyboard player Gerd Führs and guitarist and bassist Heinz Fröhling were a uniquely gifted trio who blended ambient synthesiser music and space rock with jazz rock to create a style all of their own. "Symphonic Pictures"was their debut album, originally released on the Brain label in 1976. A classic of the genre, this expanded CD reissue has been newly re-mastered and also includes a bonus CD of a rare live performance by the band recorded in 1975. This Reactive reissue includes liner notes by Heinz Fröhling. 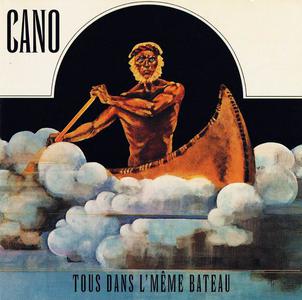 This French-Canadian group is from the Northern-Ontario province where almost half the population is francophone. CANO stands for Cooperative Artistes du Nouvel Ontario and they were based in the city of Sudbury. Formed as far back as 71, and from an ideal semi-hippy-pastoral commune and developing into theater, poetry, writers, and a whole bunch of artisans/craftsmen and a 320 acres Buffalo ranch. This commune attracted people from all over Northern Ontario, Quebec, Acadians from Eastern Canada. One of the branches became the musical group, and recorded in late 75 their debut album after being together for over three years.
Their music exemplifies best the Northern Canadian Pioneering spirit, and lyrically, the songs often make reference to the harsh condition they and their ancestor endured… 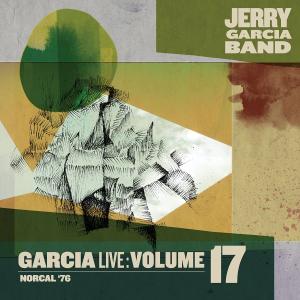 Jerry Garcia Band - GarciaLive Volume 17: NorCal ‘76 (2021)
WEB FLAC (tracks) - 831Mb | CBR MP3 320 - 351 MB | 02:32:52
Rock, Rhythm & Blues | Label: Round Records
We’re returning to the fertile grounds of Northern California for the next installment in the GarciaLive series. GarciaLive Volume 17: NorCal ’76 will present highlights from three* stand-out Jerry Garcia Band performances captured over the span of a week — November 7th at the Keystone in Berkeley; November 12th at the University of California, Davis; and November 13th at Humboldt State University in Arcata. While a myriad of challenges from reel damage to tape loss and other assorted technical difficulties spoil any opportunity to feature the complete performances, what remains of Betty Cantor-Jackson’s original recordings offers some of the finest performances from this iteration of the Jerry Garcia Band.
1976 2021 FLAC GarciaLive Jerry Garcia Jerry Garcia Band Lossless MP3 Rhythm & Blues Rock Round Records
Details 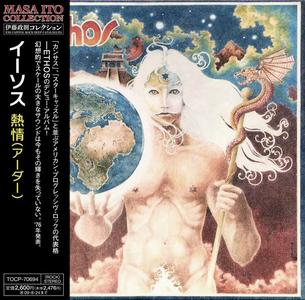 Here is an excellent example of the US Progressive rock scene of the Seventies: having both technique and excellence, imagination & talent. They seemed to be influenced by a variety of styles. Their sound was a little folky at times, poppy at others, even a little jazzy at times, loosely in the shadow of Kansas, Yes, Genesis, early King Crimson and others, with lots of vocals everywhere. 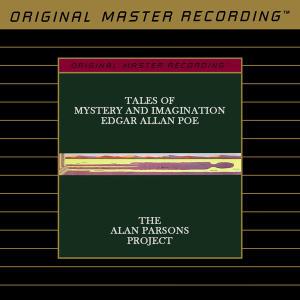 Tales of Mystery and Imagination is an extremely mesmerizing aural journey through some of Edgar Allan Poe's most renowned works. With the use of synthesizers, drums, guitar, and even a glockenspiel, Parsons' shivering effects make way for an eerie excursion into Poe's well-known classics. On the album's 1987 remix, the instrumental "A Dream Within a Dream" has Orson Welles narrating in front of this wispy collaboration of guitars and keyboards (Welles also narrates "Fall of the House of Usher: Prelude"). The EMI vocoder is used throughout "The Raven" with the Westminster City School Boys Choir mixed in to add a distinct flair to its chamber-like sound. Parsons' expertise surrounds this album, from the slyness that prevails in "(The System Of) Doctor Tarr and Professor Feather" to the bodeful thumping of the drums that imitate a heartbeat on "The Tell-Tale Heart"… 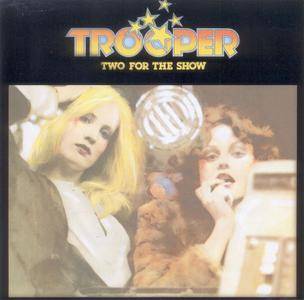 Trooper - Two For The Show (1976)
EAC Rip | FLAC (Tracks) + Cue + m3u + Log ~ 238 Mb | MP3 CBR320 ~ 85 Mb
Scans Included | 00:34:15 | RAR 5% Recovery
Classic Rock | MCA Records #MCBBD 2214
Two for the Show is the second album by Canadian rock band Trooper, released in 1976. The album was produced by Randy Bachman of Bachman–Turner Overdrive and The Guess Who fame. The album was certified gold in Canada, contained the hits "Two for the Show" and "Santa Maria". "The Boys in the Bright White Sportscar", initially released off this album, later became a hit when it was re-released (with a few modifications) on Hot Shots in 1979.
Trooper Rock Classic Rock Lossless FLAC MP3 CD-Rip + Scans 70s 1976
Details 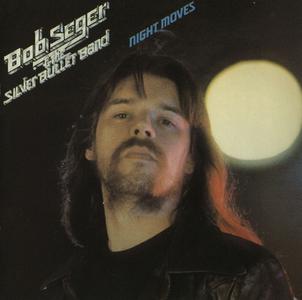 Bob Seger recorded the bulk of Night Moves before Live Bullet brought him his first genuine success, so it shouldn't come as a surprise that it's similar in spirit to the introspective Beautiful Loser, even if it rocks harder and longer. Throughout much of the album, he's coming to grips with being on the other side of 30 and still rocking… 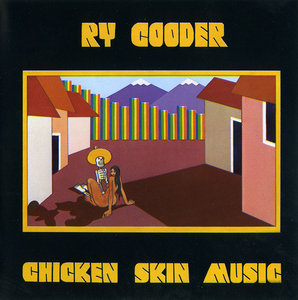 Ry Cooder has always believed in the "mutuality in music," and this may be no more evident in his career than with his fifth album, Chicken Skin Music (a Hawaiian colloquialism, synonymous with goosebumps). Even more than usual, Cooder refuses to recognize borders – geographical or musical – presenting "Stand By Me" as a gospel song with a norteño arrangement, or giving the Jim Reeves country-pop classic, "He'll Have to Go," a bolero rhythm, featuring the interplay of Flaco Jimenez's accordion and Pat Rizzo's alto sax. Elsewhere, he teams with a pair of Hawaiian greats – steel guitarist and singer Gabby Pahinui and slack key guitar master Atta Isaacs – on the Hank Snow hit "Yellow Roses" and the beautiful instrumental "Chloe." If Cooder's approach to the music is stylistically diverse, his choice of material certainly follows suit. Bookended by a couple of Leadbelly compositions, Chicken Skin Music sports a collection of songs ranging from the aforementioned tracks to the charming old minstrel/medicine show number "I Got Mine" and the syncopated R&B of "Smack Dab in the Middle". 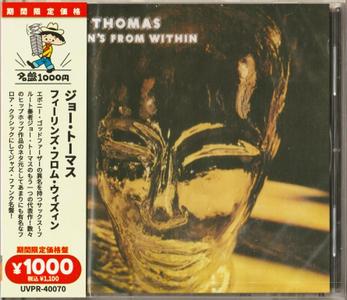 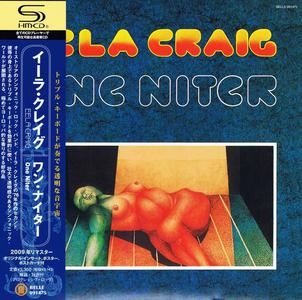 How is it that Eela Craig haven't gotten more attention from lovers of ‘70s Euro-rock? Is it because they were too Austrian or too arty for Krautrock lovers, who prefer the grittier, more visceral sounds of German bands like Can and Guru Guru to Eela Craig's sophisticated prog stylings? On the other side of the fence, did they miss out on inclusion in the pantheon of classic prog bands because they weren't from England, or were lumped in with the Krautrock scene? Whatever the case, their second album, One Niter, is a grand-scale prog rock masterpiece. There was a five-year gap between One Niter and the band's debut album, which gave Eela Craig plenty of time to evolve from the post-psychedelic sounds of their first effort… 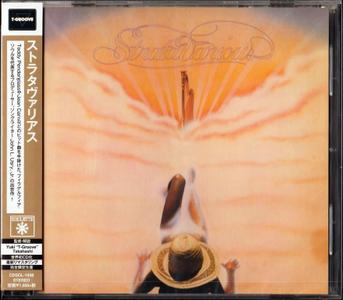 Stratavarious - Stratavarious (1976) [2021, Japan]
R&B, Soul, Jazz-Funk, Disco | EAC Rip | FLAC, Tracks+CUE+LOG+Scans (JPEG) | 01:17:03 | 568,18 Mb
Label: Roulette/T-Groove/Solid Records (Japan) | Cat.# CDSOL-1948 | Released: 2021-01-27 (1976)
During the disco era, there were numerous albums by one-off studio collectives that have since gone on to become sought-after items amongst collectors. One of those is undoubtedly the sole, self-titled album from Stratavarious, a set produced by sometime Philadelphia International Records arranger John L. Usry. Originally released in Canada in 1976, this is a perfect example of the early pre Saturday Night Fever disco period. Lush orchestral arrangements with lots of strings and horns. Add the heavenly chorus of girl session singers and you have the perfect sound for the time. The album is very typical of the period and is a perfect time capsule. It features two versions of one of the album's highlights: laidback, Latin-tinged, occasionally jazzy number 'Nightfall'. You'll find the extended seven-inch edit on the flip, where celestial female backing vocals and languid trumpet solos rise above a samba-tinged beat and luscious orchestration.
1976 Disco FLAC Japan Jazz-Funk lossless R&B Remastered Soul CD-Rip + Scans
Details 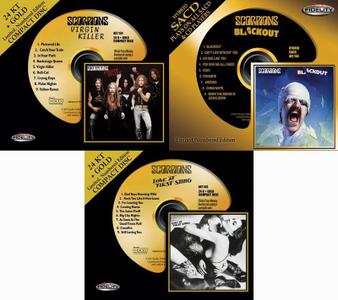 Scorpions - Virgin Killer (1976). Virgin Killer is the first of four studio releases that really defined the Scorpions and their highly influential urgent metallic sound. It was released in 1976 and was the first album of the band to attract attention outside Europe. The album was a step in the band's shift from psychedelic music to hard rock. For the first time in the band's career the line-up stayed the same with Klaus Meine on vocals, Uli Jon Roth on lead guitar, Rudolf Schenker on rhythm guitar, Francis Buchholz on bass, and Rudy Lenners on drums. The nine tracks were laid down with Dieter Dierks producing. The band is in top form and churns out some melodic yet blistering heavy rock. Virgin Killer is full of heavy songs and exceptionally, fast, innovative guitar leads by Uli Jon Roth… 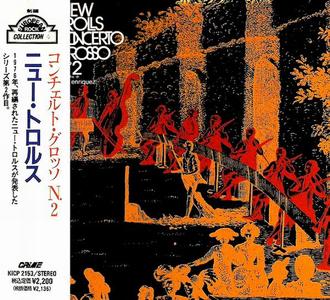 This was the 1976 attempt by the New Trolls to repeat the success of their 1971 album "Concerto Grosso Per I New Trolls" (sometimes referred to as 'Concerto Grosso No. 1').
While the 'concerto grosso' on the 1971 album has four movements (well, three really: three rock-classical fusion pieces plus a coda that rehashes the second movement's theme in the style of Hendrix), the 'concerto grosso' on "Concerto Grosso No. 2" has three movements, the remaining five tracks on the album not being part of it.
The 1971 album's concerto has a Vivaldi feel to it, whereas this album's concerto has a hint of the Bach or Mozart about it, plus a slight classical Spanish feel in the third movement…