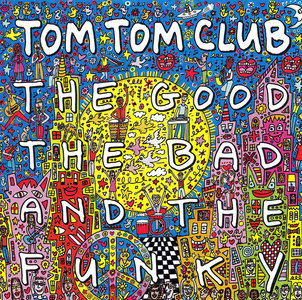 This aptly titled release from '80s art rockers and Talking Heads side project Tom Tom Club is indeed good, bad, and funky. Tina Weymouth and Chris Frantz have explored a stunning amount of musical styles within the confines of this album, with every song sounding like it was produced by a different group. The use of a variety of vocalists, including Weymouth, who at times sounds like a 16-year-old Japanese girl instead of her more mature self, as well as Mystic Bowie and Charles Pettigrew only seems to heighten the variety of sounds offered. The lyrics are simple, yet clever, and laid over a variety of sampled tracks, scratching, and other turntablism and live instrumentation. The resulting sound ranges from dub to dance-pop to spacy funk. The variety does allow for some unevenness, however, though duds like the repetitive and spare "Time to Bounce" are more than balanced by gems like "Happiness Can't Buy Money" and the instrumental cleverness of "Lesbians by the Lake," among others.