Hughes de Courson - O'Stravaganza: Fantasy on Vivaldi and the Celtic music of Ireland (2001) 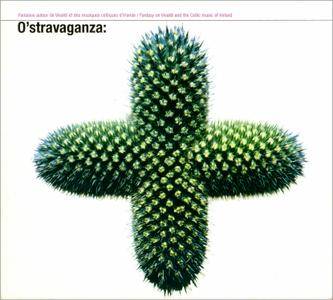 This is not such a bizarre cross-over as one might imagine for in the 18th century the great Irish musician Turlough O’Carolan, a blind harpist, met the Italian musician Geminiani in Dublin, and through him encountered the music of, yes, guess who, Antonio Vivaldi. So here we have a case of substituting Irish instruments for baroque ones, using baroque instruments to accompany Irish themes, by creating dialogues between Celtic and baroque instruments, or by letting all the musicians improvise. One moment we appear to be listening to a ‘straight’ baroque concerto, then all of a sudden the conventional string continuo/ripieno of the baroque ensemble (Le Orfanelle della Pieta) gives way to celtic musicians playing a jig or reel on anything from a Irish bouzouki to a fiddle. The baroque group consists of three each of first and second violins, one viola, two cellos, a bass and harpsichord while the Irish musicians play Irish fiddle, an Irish flute (like a baroque flute), tin and low whistles, Uileann pipes, Irish bouzouki, mandolins, bodhran, bones, and the Celtic harp (played here with metal strings to resemble its harpsichord counterpart in the other group). 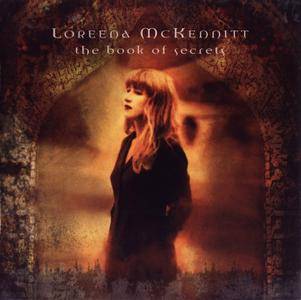 The Book of Secrets, the follow-up to 1994's The Mask and Mirror – there was a Christmas EP, A Winter Garden, released in 1995) – finds Loreena McKennitt in the same musical vein, mixing Celtic, Spanish, Italian, and new age to create her own distinct sound. The only problem is that she did not seem to progress much during the time between releases. This is not necessarily a bad thing, since she still knows how to write incredible melodies and layer instruments to produce peaceful images. "Night Ride Across the Caucasus" and "Dante's Prayer" are just two prime examples of this. And she continues her practice of setting classic poetry to music (Alfred Noyes' "The Highwayman"). 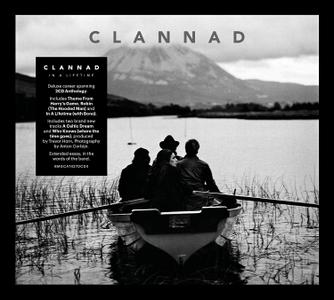 Compiled in conjunction with Clannad band members, In A Lifetime includes all the hits and two new songs ‘A Celtic Dream’ and ‘Who Knows (Where The Time Goes)’ both produced by Trevor Horn. 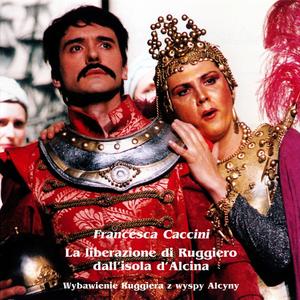 La liberazione di Ruggiero dall'isola d'Alcina (En. "The Liberation of Ruggiero from the island of Alcina") is a comic opera in four scenes by Francesca Caccini, first performed 3 February 1625 at the Villa di Poggio Imperiale in Florence, with a libretto by Ferdinando Saracinelli based on Ludovico Ariosto's Orlando Furioso. It is the first opera written by a woman and was long considered to be the first Italian opera to be performed outside of Italy.[a] It was performed to celebrate the visit of Prince Władysław of Poland during Carnival 1625, and it was revived in Warsaw in 1628. The work was commissioned by her employer Regent Archduchess Maria Maddalena of Austria, wife of Cosimo II de' Medici. 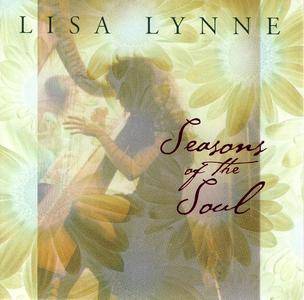 Lisa Lynne is one of the top new age artists on the planet. It would be very difficult to recognize a more accomplished new age harpist. She combines traditional and ethnic instruments to allow subtle tribal overtones into her soundscapes. Her expert arrangements create lush and melodic atmospheres. Seasons of the Soul is perfect music for contemplating the self and for communing with God. Lynne's sensitivities for the subtleties of humanism are vivid and real. The sensuality of her sound design is smooth and warm. This environmental ambience is best when shared with a lover. This CD will appeal to all fans of good music. Comparisons to Hans Christian, Enya, Loreena McKennitt, and David Darling are valid. This is one of Lynne's better efforts. It is essential for all new age collectors. 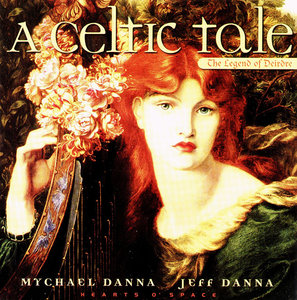 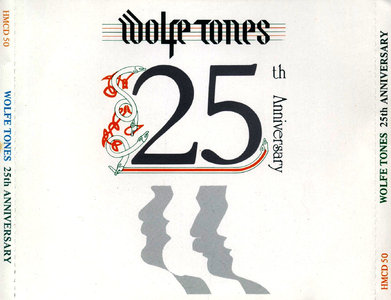 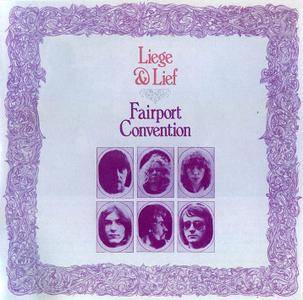 Fairport Convention - Liege & Lief (1969) Expanded Remastered 2002
XLD | FLAC | Image (Cue&Log) ~ 307 Mb | Mp3 (CBR320) ~ 153 Mb | Scans included
Label: Island Records | # 586 929-2, IMCD 291 | Time: 00:55:21
British Folk-Rock, Psychedelic, Progressive Folk
Liege & Lief is the fourth album by the English folk rock band Fairport Convention. It is the third and final album the group released in the UK in 1969, all of which prominently feature Sandy Denny as lead female vocalist. (Denny did not appear on the group's 1968 debut album). It is also the very first Fairport album on which all songs have either been adapted (freely) from traditional British and Celtic folk material (for example "Matty Groves", "Tam Lin"), or else are original compositions (such as "Come All Ye", "Crazy Man Michael") written and performed in a similar style. By introducing songs of this genre into the group's repertoire Denny, who had previously sung and recorded traditional folk songs as a solo artist, was instrumental in this transformation. Although Denny quit the band even before the album's release, Fairport Convention has continued to the present day to make music almost exclusively within the traditional British folk music idiom, and are still most strongly associated with it.
British Folk-Rock Psychedelic Progressive Folk Fairport Convention
Details 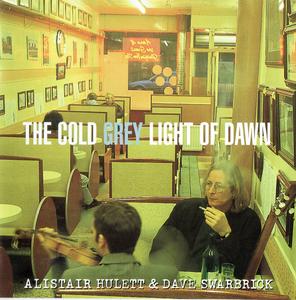 Alistair Hulett was a singer, songwriter, international socialist and revolutionary. He was a kind, gentle man who was committed to fighting for a better world, a world based on the principles of justice, equality, love and respect for all of humanity. The world was a better place for knowing him and is a sadder place for his loss. He left a great legacy in his music that will continue to bring inspiration to many who, like him, believe a better world was possible. After his solo albums “Dance of the Underclass” and “In The Backstreets of Paradiese”, the long out of print album “Saturday Johnny & Jimmy The Rat” is finally released. After his folk-punk era with Roaring Jack and his solo albums, still at home in Australia, Alistair Hulett wanted to express his connection to the rich traditional music of Britain and Ireland. 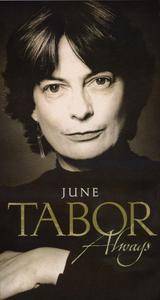 June Tabor - Always (2005) 4CD Box Set
EAC | FLAC | Image (Cue&Log) ~ 1.35 Gb | Mp3 (CBR320) ~ 729 Mb | Scans ~ 148 Mb | 04:53:49
British Folk, Folk-Rock, Celtic | Label: Topic | # TSFCD4003, TSCD558-561
June Tabor is not just one of England's foremost folk singers, but one of the greatest interpretive singers in any field. This set contains key tracks from all parts of her career, many live and unreleased songs and collaborations with, among others, Maddy Prior, The Oyser Band and Martin Simpson. It is subtly lavish, 4 CDs in a long box format (6'' x 12'') with a 48 page full color booklet including historical photographs, a biographical essay and comprehensive notes on the songs. There are 67 tracks, 32 of which are previously unreleased - almost 5 hours of music. The whole package is much more than just a career retrospective, it is a fitting tribute to one of the great singers of our time.
June Tabor British Folk Folk-Rock Celtic Box Set Folk
Details 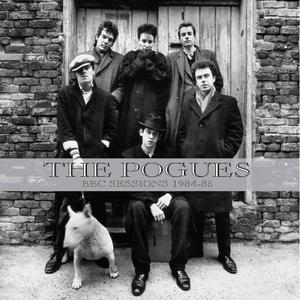 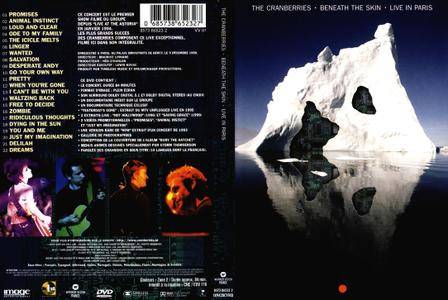 The story of the Cranberries is one of dogged survival. Debuting with a maiden release that everybody seemed to rate as a portent of great things, the band suffered not only a "difficult" second album but also an absolute stinker of a third one, as the bandmembers strove desperately – too desperately – to live up to their reputation for sensitivity and thoughtfulness, and completely lost sight of their true virtues in the process. Internecine squabbling, health problems, and general disaffection all took further toll, so much so that, as the band prepared to release its fourth album, 1999's Bury the Hatchet, many observers were shocked to learn that the band even existed any longer, let alone was capable of actually making a new record – especially one that was as good as Bury the Hatchet turned out to be. Filmed at the Paris Omnisport de Bercy on December 9, 1999, toward the end of that album's accompanying tour, Beneath the Skin captures the full 84-minute concert performance, with the band ranging and, occasionally, raging through a veritable greatest-hits collection. 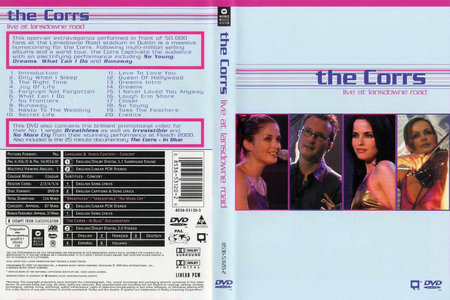