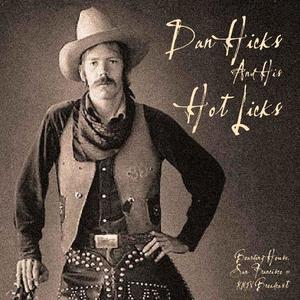 Throughout his decades-long career, Dan Hicks stood as one of contemporary music's true eccentrics. While steeped in folk, his acoustic sound knew few musical boundaries. He drew on country, call-and-response vocals, jazz phrasing, and no small amount of humor to create a distinctive, albeit sporadic, body of work that earned him a devoted cult following. Hicks was born December 9, 1941, to a military family then living in Arkansas, and grew up in California, where he was a drummer in a number of high-school bands. He attended college in San Francisco, where he switched to guitar and began playing folk music. He returned to the drums, however, when he joined the Charlatans, one of the Bay City's first psychedelic bands. 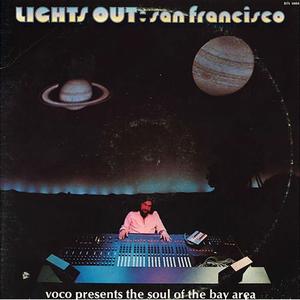 Lights Out: san francisco is a 1972 compilation put together by San Francisco radio disc jockey Abe Keshishian, who was sometimes known as Abe Kesh but whose nickname made him famous in the Bay Area: Voco. He put together some of the hottest music of San Francisco and Oakland and shared it with people of northern California and the rest of the world. The album would introduce Sylvester and The Pointer Sisters to the planet. This was released by Blue Thumb Records and is a vinyl rip.