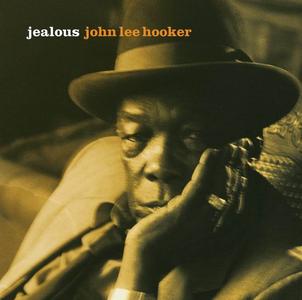 While Jealous is propelled by the scarily spare stomp of Hook's guitar, it has few standout moments. Instead, it is a consistent record, with few highs or lows - it's a standard contemporary blues album, without many peaks or valleys. Jealous may be a grittier record than its successor, The Healer, but it tends to fade into the background, making it one of his more undistinguished albums. 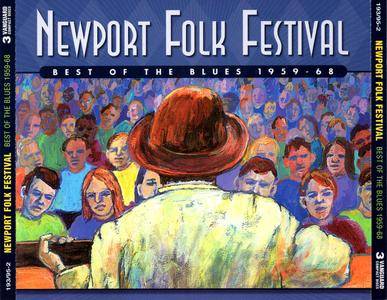 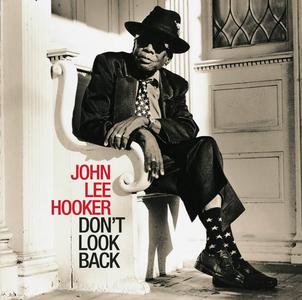 With new John Lee Hooker songs, new versions of old Hooker songs, four duets with and a new song by Van Morrison, Don't Look Back continues the venerable bluesman's string of excellent albums in his '90s renaissance. Produced by Morrison, it also celebrates the 25th anniversary of their first recording together, as Morrison guested on Hooker's seminal Never Get Out of These Blues Alive in 1972. Don't Look Back hits the ground running with a rowdy, thumpin' remake of "Dimples" with Los Lobos; "Spellbound" pounds out more of Hooker's stylistic trademark - throbbing, raw, hard-driving boogie. The Morrison tracks include the ruminative title cut and his haunting "The Healing Game." Hooker also gives Hendrix's classic blues "Red House" his own rough-hewn, distinctive treatment. 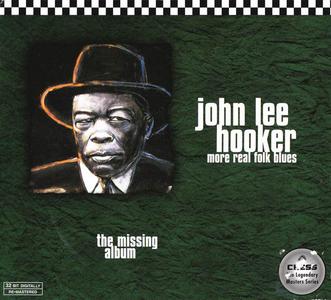 Produced by Ralph Bass in 1966 but not issued by Chess at the time, More Real Folk Blues was unearthed by MCA only a few years back. It's no masterpiece maybe, but certainly deserved release in its day - backed by Burns and a Chicago rhythm section that copes as well as can be expected with Hooker's singular sense of timing, the Boogie Man answers Sir Mack Rice with his "Mustang Sally & Gto" and keeps things way lowdown on several other cuts. 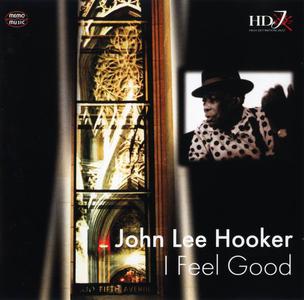 Eleven songs recorded double-quick in one session, with Lowell Fulson on lead guitar on most of it. The rare embellishment on a Hooker release makes for unusually complex and rewarding listening, instrumentally speaking, beneath Hooker's ominous vocals. The textures here are very crisp and vivid, with a crunchiness that should make this an LP of choice for Hooker's rock fans, much more so than, say, the Canned Heat collaborations - Hooker and Fulson make a mean team on "Dazie Mae." Among the other highlights is Hooker's own take on the blues standard "Rollin' and Tumblin'," done here as "Roll and Tumble." The band that shows up on some of these cuts (which, in some instances, may have originated in Paris) is loose enough to follow Hooker, and he and Fulson play like one person. 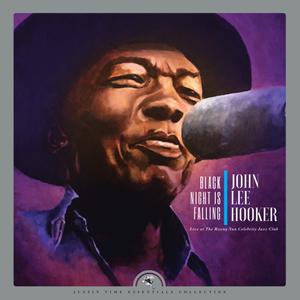 Known to music fans around the world as the "King of the Boogie," John Lee Hooker endures as one of the true superstars of the blues genre: the ultimate beholder of cool. His work is widely recognized for its impact on modern music – his simple, yet deeply effective songs transcend borders and languages around the globe. "Recorded at the Rising Sun Celebrity Jazz Club in Montreal, Quebec, on May 5, 1977, Black Night Is Falling finds John Lee Hooker in fine voice and backed by a driving band composed of John Garcia on guitar, Steve Jones on bass, and Larry 'Wild Man' Martin on drums, with the end result being an excellent example of Hooker at his best. Highlights include impressive romps through Hooker's signature tunes, 'Boom Boom,' which simply blazes with raw energy here, and 'One Bourbon, One Scotch, One Beer,' which is delivered as a wonderfully paced barroom cautionary tale. This is what the live Hooker sounded like with a sympathetic band behind him, a band that luckily wasn't afraid to push him a little." 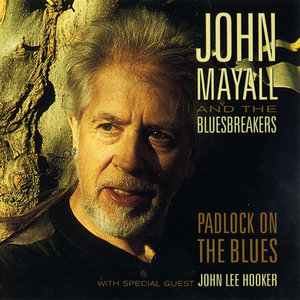 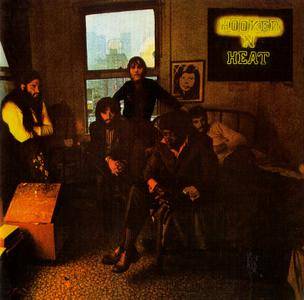 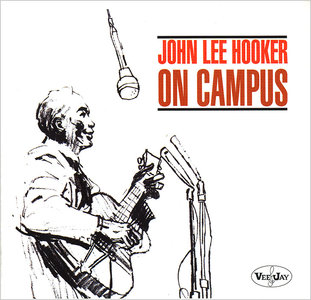 Vee Jay's 1964 album John Lee Hooker on Campus is titled to sound like a live recording but it isn't. As part of the Collectables Vee Jay reissue campaign, these 12 tracks originally tried to capitalize on Hooker's emergence on the coffeehouse/college tours he was involved in at the time. This is an electric album that contains excellent material from Hooker, even though the occasional background singers get in the way, attempting to modernize his gritty blues with a smoother soul sound. All of the Vee Jay reissues of John Lee Hooker material are worth having and are budget priced as a bonus. 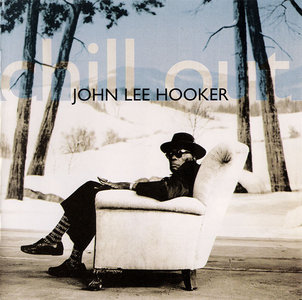 One of his finest '90s recordings, Chill Out balances the guitar-glitz of Carlos Santana's guest shot on the karmic title cut with a handful of profoundly deep Hooker solo performances. Among those are new versions of his standards "Tupelo" and "Annie Mae," and the soulful "If You've Never Been in Love," where expert slide-man Roy Rogers provides subtle accompaniment to Hooker's spontaneous storytelling. The band numbers that bookend the album are weak, relying on Hooker's strong vocal presence to overcome sketchy writing. Van Morrison, pianist Charles Brown, and M.G.'s leader Booker T. Jones also lend a hand. But Hooker doesn't need anybody's help to get to the passionate heart of his blues. One last note: Anton Corbijn's CD-booklet photographs of ol' Johnny Lee are terrific. 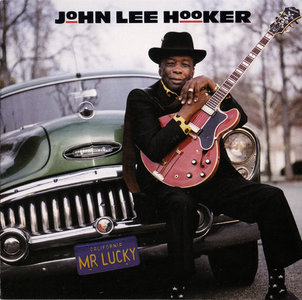 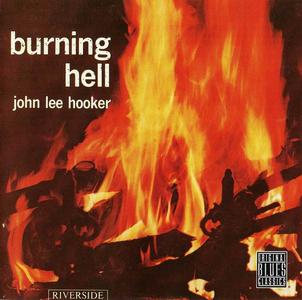 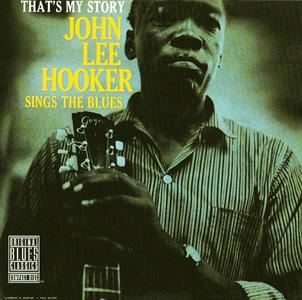 Although Orrin Keepnews' Riverside Records was primarily a jazz label, the company dabbled in blues in the 1960s - and one of the bluesmen who recorded for Riverside was John Lee Hooker. Recorded in 1960, this Keepnews-produced session came at a time when Hooker was signed to Vee-Jay. The last thing Keepnews wanted to do was emulate Hooker's electric-oriented, very amplified Vee-Jay output, which fared well among rock and R&B audiences. Keepnews had an acoustic country blues vision for the bluesman, and That's My Story favors a raw, stripped-down, bare-bones approach - no electric guitar, no distortion, no singles aimed at rock & rollers. Over the years, Hooker fans have debated the merits of his Riverside albums. Some much prefer him in an electric setting; others applaud the rural vision that Keepnews had for him… 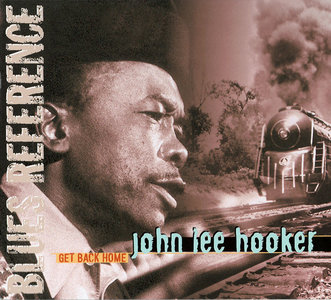 John Lee Hooker's greatness lies in his ability to perform the same songs the same way yet somehow sound different and memorable in the process. He operates at maximum efficiency in minimal surroundings with little production or assistance. That was the case on a 1969 session for Black and Blue; it was just Hooker and his guitar moaning, wailing, and narrating on 10 tracks which included familiar ditties "Boogie Chillen," "Love Affair," "Big Boss Lady," and "Cold Chills." Evidence has now not only reissued these 10 but has added another six bonus cuts, bringing the CD total to 16. If you have ever heard any Hooker, you will not be surprised or stunned by these renditions; you will simply enjoy hearing him rework them one more time, finding a new word, phrase, line, or riff to inject. 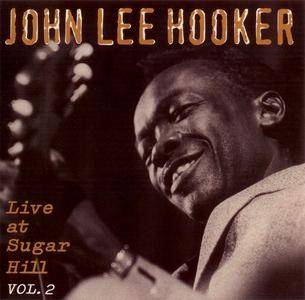 Why they kept these 19 recordings locked up in some vault for 40 years is beyond comprehension. A chunk of the Live at Sugar Hill material – recorded at a club in the Bay Area – was issued by Fantasy as Boogie Chillun on LP in 1972. It is available on CD minus one track under the same title. As good as that material was, these tracks from the very same gig are hands down some of the sexiest, deepest blues John Lee Hooker ever recorded – and that's saying something. Accompanied only by his hollow-bodied electric guitar and his foot on the floor, Hooker takes listeners through a performance so intimate that you wonder if there was an audience present – there is clapping, but not much. Versions of "Crawling King Snake," "Bottle Up and Go," "Let's Get It," "Jelly Jelly," "What's the Matter Baby," "You Don't Miss Your Water," "I Can't Hold On," and others get perhaps their definitive versions here. The opening track, "You Torture My Soul," is one of Hooker's most poignant moments, full of venom and vulnerability. In addition to the stellar performances, Hooker's guitar playing here is perhaps the finest of his career