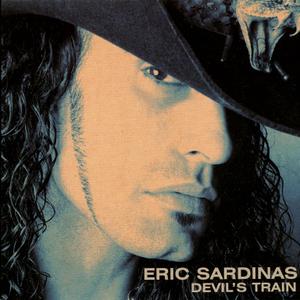 Sardinas led a trio through a high-energy set of rocky roadhouse blues-rock on his second album. Given how tired the format sounds after being exploited by innumerable performers for many years, and also how much better the best of such practitioners are at the format, it's questionable whether another entry in this overcrowded field was unnecessary. Sardinas' skills as a technically accomplished, if somewhat bombastic and unimaginative, blues guitarist are undoubted. His hoarse, blustery vocals are another matter, as is the over-the-top macho posturing of his original songs. It's better when, as the cliché goes, he just shuts up and plays his guitar, as on the instrumental "Texola," or when he tones down the throaty strain of his vocals at least a little, as on the uncharacteristically laid-back closer, "8 Goin' South." 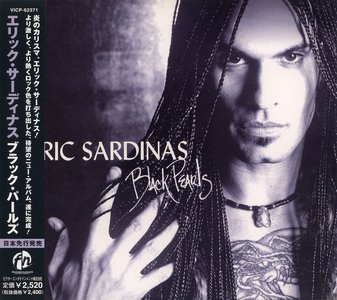 Eric Sardinas is an American blues-rock slide guitarist born in Fort Lauderdale, Florida. He is noted for his use of the electric resonator guitar and his live performances. He sometimes sets his guitar alight on stage and during shows. In 2000 in Sydney, Sardinas suffered third degree burns to his left wrist. Sardinas began to play the guitar at age six and leaned toward vintage recordings by such Delta bluesmen as Charlie Patton, Bukka White, Big Bill Broonzy, Elmore James, and Muddy Waters. Although he was left-handed, he eventually started to play right-handed. In 2002, he featured on the Bo Diddley tribute album Hey Bo Diddley - A Tribute!, performing the song "Ride On Josephine". He signed to Steve Vai's Favored Nations record label and was the opening act for Vai's The Real Illusions Tour 2005 around the world. In 2008, Sardinas released Eric Sardinas and Big Motor on Steve Vai's Favored Nations record label in the U.S.