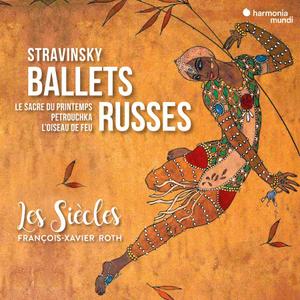 Paris, early Twentieth Century: in the space of three ballets, a previously unknown Russian composer revolutionised the music of his time. With The Firebird and Petrushka, respectively fairytale and folktale, and of course The Rite of Spring, a telluric invocation with its insanely innovative harmonies and rhythms, Stravinsky dynamised the Late Romantic orchestra, taking it to literally unheard-of places. 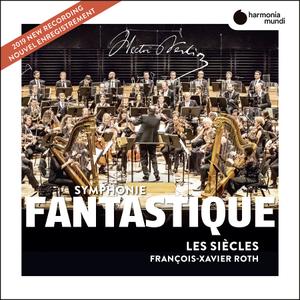 The large collection of antique instruments at Les Siècles' command makes its recordings more than just speculative period exercises, but something approaching musical time travel. Led since 2003 by its founder, François-Xavier Roth, this singular French orchestra has given thrilling historically-informed recreations of the repertoire of the 18th, 19th, and early 20th centuries on vintage instruments that were available to the musicians of the time, crafted by hand, and possessing the unique sonorities and tunings of different regions. 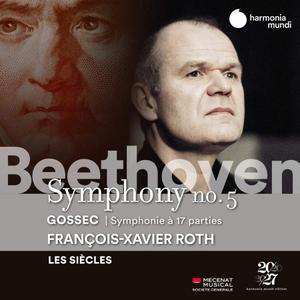 This release, part of harmonia mundi's series celebrating the Beethoven year, pairs the composer's iconic and much-loved Symphony No.5 with the far less well-known Symphony In 17 Parts by Francois-Joseph Gossec. The dramatic power and intensity of Beethoven stands in sharp contrast to to the cheerful and gallant music of Gossec. Les Siècles, led by François-Xavier Roth, apply their usual virtuosity and keen insight to both works in performances that are sure to delight. 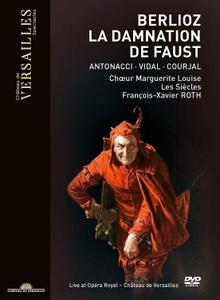 There are some works which seem to be suspended in their time. La Damnation de Faust is a visionary project which took decades to become known as a chef-d’oeuvre, firstly in the rest of Europe and then in France, but posthumously. Today it is an emblematic work, built up of anthological pieces fro orchestra and choir and soloists’ aits which remain in our memories. Its interpretation by François-Xavier Roth in concert version enables us to hear this work with force and the audacity of early Berlioz: sombre but brilliant. 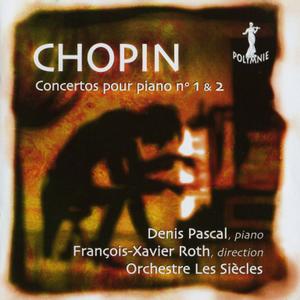 Traveling to Poland in 1829, Chopin gave his first concert in public just a short time before completing his Concerto in F Minor. He presented this concerto in concert for the first time on February 7, 1830 in front of a small group of special guests: "Experts greatly appreciate this new piece comprised of so many new ideas; it is perhaps counted among the most beautiful of recent works. ” The Concerto in F Minor was not published until 1836, thus becoming known as the “second concerto” compared with the “first” Concerto in E Minor, which he wrote and edited in 1833. October 11, 1830, before leaving for Vienna, Chopin gave a farewell concert at the National Theater in Varsovie during which he performed Concerto in E Minor and The Polish Fantasy.