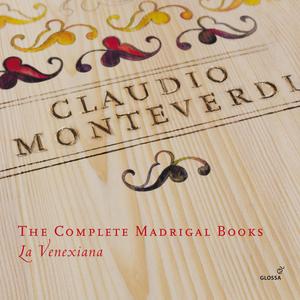 The extraordinary series of 1998-2006 recordings of the nine published books of madrigals by Monteverdi, from Claudio Cavina and the Italian ensemble La Venexiana, is now available in limited-time and limited-number boxed set form from Glossa. This multi-award-winning cycle set new standards in textual declamation, rhetorical color and harmonic refinement. Also included is the Live in Corsica album of Monteverdi madrigals (2002) and a newly-written essay by original series essayist Stefano Russomanno of which all, along with full texts and translations in PDF form, are also included. 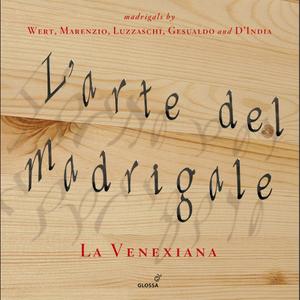 Over the years Glossa has been at the forefront of releasing recordings of late Renaissance madrigals, and the label has had the pleasure of assisting superlative artists in doing so: none more so than the voices of La Venexiana and its director Claudio Cavina. This release is a reflection of such creative richness. The recordings on this release date from the dozen years after La Venexianas foundation in 1996, a time of great activity for the ensemble, and which complements the Monteverdi Complete Madrigals Books set, released previously. These two impressive collections demonstrate effectively why La Venexiana has been so popular with audiences and why it has been praised by critics as well. 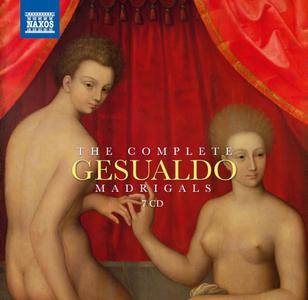 Carlo Gesualdo, Prince of Venosa, became famous for two reasons: the bloody double murder of his first wife and her lover, and his passionate and erotic view of profane love. The Madrigals chart the changes in Gesualdos style, and contain some of the most inspired and anguished vocal works in the entire madrigal repertoire, on the themes of love, rejection, death, suffering, joy and sorrow. Brimming with often astonishing and sometimes unpredictable melodic and tonal contrasts to express the agonies and ecstacies of love, Gesualdos Madrigals show him to have been one of the most inventive and eccentric musical minds of his age. 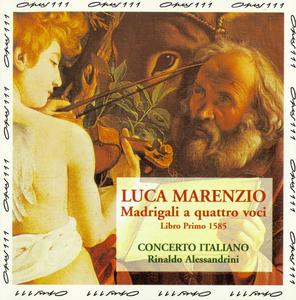 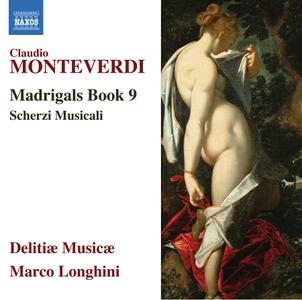 Monteverdi’s Ninth Book of Madrigals, published posthumously, and the 1632 Scherzi musicali (‘Musical Jokes’) are thematically linked by the recurring theme of war for the sake of love. Prefaced with a Sinfonia by Biagio Marini and featuring one of Monteverdi’s towering masterpieces, Zefiro torna, the Ninth Book comprises the few remaining late madrigals, a number of canzonette, as well as works with the same titles and verses from the earlier Eighth Book, here performed in completely different musical settings. Recorded complete, and in historically informed fashion, this is the final volume in this series. 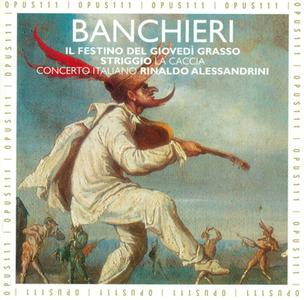 This talented Italian vocal ensemble, under the direction of Rinaldo Alessandrini, has already proved its excellence in previous discs of Monteverdi madrigals. In this engaging new release the artists turn their attention to ‘madrigal comedies’ by 16th-century Alessandro Striggio and his younger contemporary, Adriano Banchieri. These are highly entertaining, often witty pieces, with a strong onomatopoeic element and a profusion of vividly depictive images running through them. 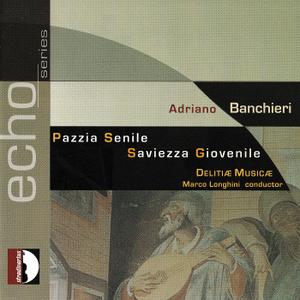 An important composer during the late Renaissance and early Baroque eras, Adriano Banchieri is most noted for his founding of the Accademia dei Floridi in Bologna. Banchieri was one of the first composers to convert the madrigal into use for dramatic purposes. He developed a form called “madrigal comedy,” which was an unstaged, but still dramatic, collection of madrigals which told a story when sung together. These works are performed by the Delitiae Musicae, conducted by Marco Longhini. 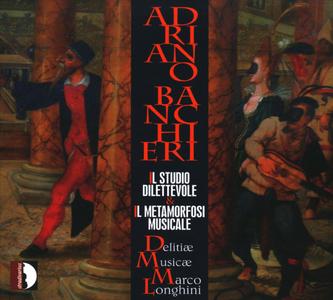 Little is known about one of the most productive of Italian musicians, Adriano Banchieri. Relegated to a marginal sector of Renaissance history, still defined by madrigals, Banchieri lived in the most extraordinary innovative period of Italian 'harmonic' music: we find clear signs of a new 17th-Century sensibility in adaptation, or rather in making the word serve representational needs, in the use of the basso concertante and in the extensive use of continuo. The two works presented on this CD represent the chronological heart of Banchieri’s most typical production and may be appreciated in modern recordings for the first time: this is an ambitious project to shed light on Italian 'minor' musical history of the end of the 16th century. 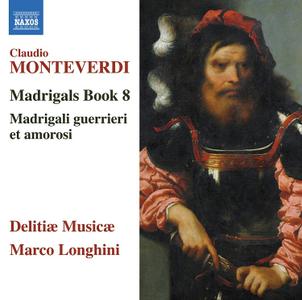 The Eighth Book of Madrigals, subdivided into a substantial series of vocal and instrumental partbooks, contains some of Monteverdi’s greatest music. In this sumptuous collection the material is carefully arranged by category into madrigals of war, love and those for the stage, with a wide array of human passions and compositional styles. This is the first recording to present Book Eight in its original, uncut form, also incorporating instrumental sinfonias and dances by Biagio Marini (1594-1663) to round off Monteverdi’s design. In keeping with seventeenth-century practice, the madrigals are performed entirely by male voices, including a boy soprano in the role of Cupid. 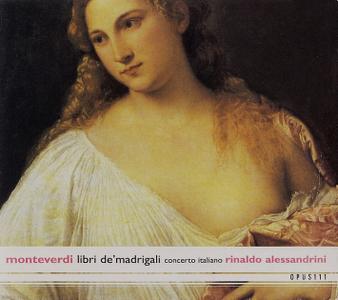 Monteverdi was only 23 when he published his Second Book of Madrigals in 1590, but he was already a master of the form, and these contrapuntally lively pieces, with their supple and astute text setting, are crowning works of late Renaissance secular polyphony. With this release of the Second Book, Rinaldo Alessandrini moves closer to his goal of recording all of Monteverdi's eight Books of Madrigals, performed by Concerto Italiano, the ensemble he founded in 1984. The series has received much-deserved critical acclaim; three of the releases won Gramophone Awards, and this 1994 recording won a Diapason d'Or. Concerto Italiano is a group whose roster is flexible, based on the requirements of the music performed, and here seven unaccompanied singers configure themselves in a variety of combinations in the five-part madrigals. 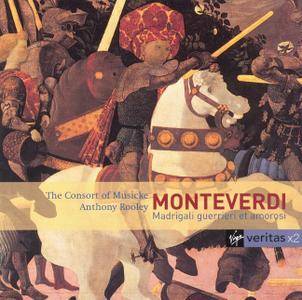 "Madrigali guerrieri et amorosi" ("Madrigals Warlike and Amorous") is how Claudio Monteverdi titled his eighth and largest book of madrigals–which was actually two volumes in one. The "warlike madrigals" (concerned largely with the "war of love") feature the "agitated style" Monteverdi pioneered: quick, almost nervous writing, lots of rapidly repeated notes, and more syllables than a Gilbert & Sullivan patter song. These works culminate in the famous short quasi-opera Il Combattimento de Tancredi e Clorinda. The "amorous madrigals" are no less ardent, but they are less, well, warlike–that is, more leisurely paced, with plenty of chromaticism, dissonant suspensions, and giddily virtuosic runs to depict the pain and excitement of love.