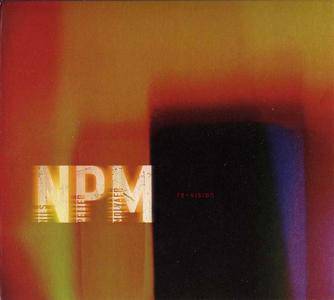 The music of Norwegian trumpeter/Nu Jazz progenitor, Nils Petter Molvaer, has always been cinematic. Call it music for a non-existent movie or a film of the mind, Molvaer's albums, beginning with the groundbreaking Khmer (ECM, 1997), have always been about aural landscapes evocative of highly personal imagery and plenty of club-ready grooves. Even in performance, the lighting provided by Tord "Prince of Darkness" Knudsen is intended to provoke the imagination rather than focus attention on the musicians. It's no surprise, then, that Molvaer has been recruited to provide music for film. His score for the 2005 French film Edy already saw limited release on Molvaer's Sula imprint the same year. Re-Vision culls four pieces from Edy and, by combining them with music from two other films—the 2007 German film Hoppet and 1999 Norwegian documentary Frozen Heart—and one non-soundtrack piece, fashions a continuous 46-minute suite that stands independently as yet another highly visual piece, incorporating Molvaer's ever-expanding frames of reference. Re-Vision is also Molvaer's first release in years to not primarily feature members of his touring band, but guitarist Eivind Aarset remains a fundamental part of its overall soundscape. 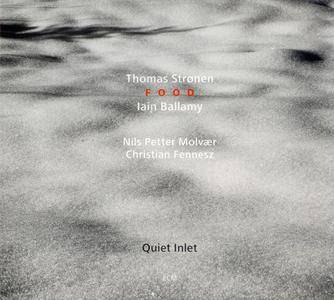 A reduction in personnel rarely results in a broader musical expanse, but that's just what happened to Food, since trumpeter Arve Henriksen and bassist Mats Eilertsen departed in 2004. Molecular Gastronomy (Rune Grammofon, 2008)—Food's first duo recording, though the use of guests fleshed the group out to a trio—was Food's most accessible album to date, without sacrificing any of its inherent risk and sound of surprise. Quiet Inlet—Food's first for ECM, and featuring Austrian guitarist Christian Fennesz on three tracks and Norwegian trumpeter Nils Petter Molvaer on four—follows Molecular Gastronomy's path, but remains equally traceable to earlier albums, including Food's quartet swan song, The Last Supper (Rune Grammofon, 2005). Even as a duo, Food generates a lot of sound. Strønen, in particular, combines bastardized drum kit, hand percussion and technology into a distinctive soundscaping approach, from pulse-driven to textural; spatially ethereal to jagged and dense. Ballamy's more economical playing is equally key in establishing a group sound, and based on its performance at Punkt 2006, Food could easily have continued on as a duo, but increases the unpredictability quotient by introducing a third player to the set.