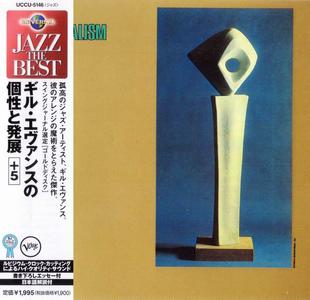 Although Gil Evans had gained a lot of acclaim for his three collaborations with Miles Davis in the 1950s and his own albums, this CD contains (with the exception of two tracks purposely left off), Evans's only dates as a leader during 1961-68. The personnel varies on the six sessions that comprise the CD (which adds five numbers including two previously unreleased to the original Lp) with such major soloists featured as tenorman Wayne Shorter, trombonist Jimmy Cleveland, trumpeter Johnny Coles and guitarist Kenny Burrell. Highlights include "Time of the Barracudas," "The Barbara Song," "Las Vegas Tango" and "Spoonful." Highly recommended to Gil Evans fans; it is a pity he did not record more during this era. 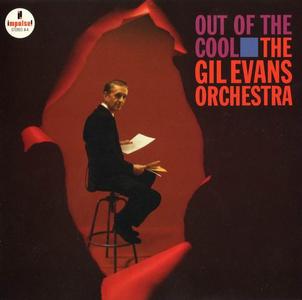 Out of the Cool, released in 1961, was the first recording Gil Evans issued after three straight albums with Miles Davis - Sketches of Spain being the final one before this. Evans had learned much from Davis about improvisation, instinct, and space (the trumpeter learned plenty, too, especially about color, texture, and dynamic tension). Evans orchestrates less here, instead concentrating on the rhythm section built around Elvin Jones, Charlie Persip, bassist Ron Carter, and guitarist Ray Crawford. The maestro in the piano chair also assembled a crack horn section for this date, with Ray Beckinstein, Budd Johnson, and Eddie Caine on saxophones, trombonists Jimmy Knepper, Keg Johnson, and bass trombonist Tony Studd, with Johnny Coles and Phil Sunkel on trumpet, Bill Barber on tuba, and Bob Tricarico on flute, bassoon, and piccolo… 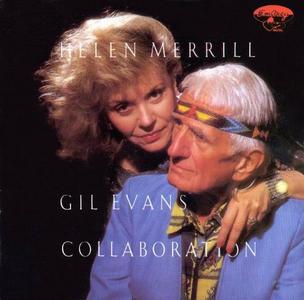 In 1956, a year before Miles Ahead, singer Helen Merrill hired the nearly forgotten arranger Gil Evans to write charts for a dozen songs on one of her record dates. In 1987, they had a reunion, and 11 of the 12 numbers (with "Summertime" taking the place of "You're Lucky to Me") were recorded again. Rather than just a re-creation album, this project found Evans writing fresh arrangements, utilizing three very different ten-pieces: one with a woodwind quintet, another with six horns, and a third that included five strings. This inspired outing, one of the most rewarding sets of Helen Merrill's later years, was also one of Evans' last great dates and one of his few post-1972 classics. 57 at the time, Merrill is in superb form on such numbers as "Where Flamingos Fly," "A New Town Is a Blue Town," "By Myself" and "Anyplace I Hang My Hat Is Home."