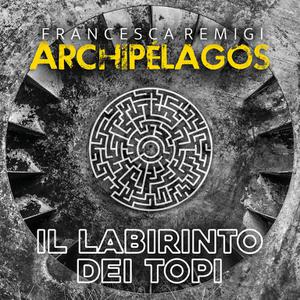 Nuova Generazione Jazz 2021 winner and Maastricht Jazz Awards finalist Francesca Remigi is a polyhedric drummer and a visionary composer known for her international collaborations with Steve Lehman, Joachim Florent, Kris Davis and John Patitucci, with appearances at EFG London Jazz Festival 2020 and Panama Jazz Festival 2021. Her first album Il Labirinto Dei Topi was released in January 2021. The album "Il Labirinto Dei Topi" draws its inspiration from some socio-political concepts theorized by writers such as Noam Chomsky, Zygmunt Bauman, Roberto Saviano, Samuel Huntington, and aims to express some of the controversial topics and poisonous paradoxes of our time, such as the liquidity of social relationships, the decadence of the concept of “society” as perceived nowadays, the capitalist free market- based economy’s failure, the evolution of mafia-like criminal organizations, the weapons’ trade growth, the development of an almighty and unbridled individualism… 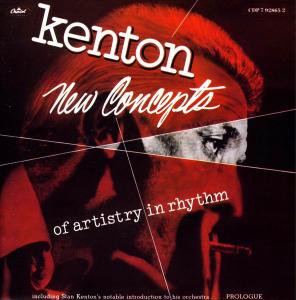 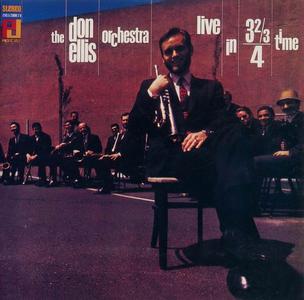 The Don Ellis Orchestra really came into its own during the period covered by this CD (1966-1967), playing perfectly coherent solos in ridiculous time signatures. At the time, the band consisted of five trumpets, three trombones, five reeds, piano, three basses, two drummers, and three percussionists. "Barnum's Revenge" has the ensemble playing a satirical brand of Dixieland in 5/4, "Orientation" goes back and forth between 7/8 and 9/8, and "Upstart" is in 11/8 (three and two-thirds beats to the measure!). Somehow everything swings with Ellis, Ira Schulman (on tenor and clarinet), Dave Mackay (on piano), and Tom Scott (on saxello) being the main soloists. In addition to the original six selections (recorded at the Pacific Jazz Festival in 1966 and at Shelly's Manne-Hole in 1967), there are five additional cuts, including an alternate version of "Freedom Jazz Dance." Fun music. 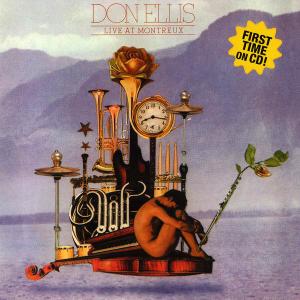 Don Ellis' final record as a leader (he passed away from a bad heart in Dec. 1978) is a worthwhile effort. Ellis' large orchestra (four reeds, eight brass, one keyboard, two bassists, two drummers, two percussionists and a string quartet) performs six of the leader's originals and, although none of the songs are all that memorable, there are many fine solos. The main players are trumpeter Ellis, Ted Nash on tenor, alto and clarient and trombonist Alan Kaplan. 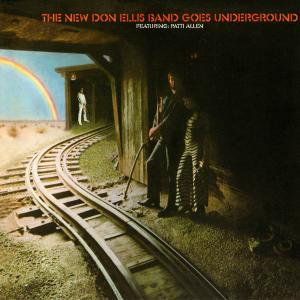 Coming as it did between two of Don Ellis' greatest records (Autumn and At Fillmore), New Don Ellis Band Goes Underground was a disappointment. The dozen concise performances are generally overarranged, the solos are too brief, and the melodies (with two exceptions) are not memorable. The ridiculously complex "Bulgarian Bulge" and "Eli's Coming" (which would soon join the repertoire of Maynard Ferguson) are the standouts, but the other R&B-oriented material, which often has so-so vocals by Patti Allen, is quite forgettable. 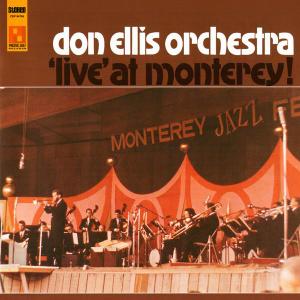 One of the most exciting new jazz big bands of the period, Ellis' ensemble became notorious for its ability to play coherently in odd time signatures. One of the four originals heard on this acclaimed outing from the 1966 Monterey Jazz Festival is titled "33 222 1 222" to show how the band manages to perform in 19/4 time. The other selections are Hank Levy's "Passacaglia And Fugue," "Concerto For Trumpet" (in 5/4) and "New Nine." In addition to the time signatures, Ellis enjoyed utilizing unusual combinations of instruments; the instrumentation on this date consists of five trumpets, three trombones, five saxes, piano, three bassists, two drummers and a percussionist. Among the more notable sidemen are a young Tom Scott (who solos on alto) and tenor-saxophonist Ira Schulman. 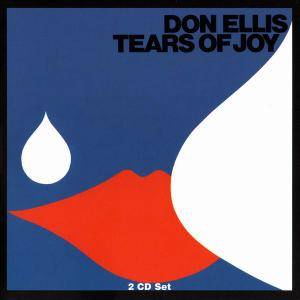 Recorded in 1971, Tears of Joy is a Don Ellis classic. The sheer musical strength of this ensemble is pretty much unparalleled in his career. The trumpeter/leader had backed off - a bit - from some of his outlandish and beautifully excessive use of strange and unconventional time signatures, though there is no lack of pioneering experimentalism in tone, color, arrangement, or style. This double LP/CD features a string quartet, a brass octet (four trumpets, tuba, bass trombone, trombone, and French horn), four winds, and a rhythm section boasting two drummers, a percussionist, a bassist, and the Bulgarian jazz piano wizard Milcho Leviev… 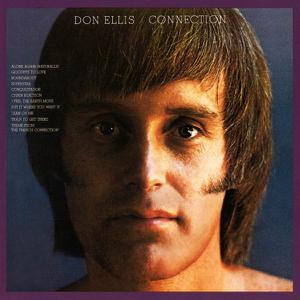 Don Ellis' Connection, issued in 1972, was a brazen attempt at swinging for the chart fences. Most of the tunes selected come right from the pop vernacular of the day. They range from a barnburning read of Andrew Lloyd Webber and Tim Rice's theme for "Jesus Christ Superstar" and a dirty funk approach to Carole King's "I Feel the Earth Move" to a provocative and spacy cover of Procol Harum's "Conquistador" that feels like the horn chart for Chicago's "25 or 6 to 4" wedded to Mason Williams' "Classical Gas" trumped by Stan Kenton in the mid-'50s. While the description may read atrociously, sonically and aesthetically the set comes off far better. Ellis incorporated inventive, in-your-face, swaggering arrangements into his hearing and execution of pop's possibilities in the jazz world of the early '70s… 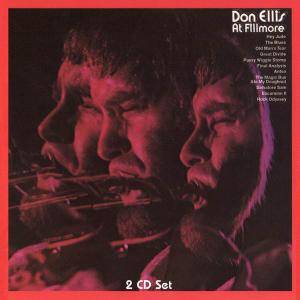 This is a crazy and consistently riotous two-disc set that features the Don Ellis Orchestra at its height. The 20-piece orchestra (with trumpeter Ellis doubling on drums along with a regular drummer and two percussionists) often used electronic devices (such as ring modulators) at the time to really distort its sound. When coupled with odd time signatures and such exuberant soloists as Ellis, trombonist Glenn Ferris, tenor saxophonist John Klemmer (showcased on the remarkable "Excursion II"), guitarist Jay Graydon, altoists Fred Selden and Lonnie Shetter, and tenor Sam Falzone, the results are quite memorable. Highlights of the date include "Final Analysis" (which contains a countless number of false endings), a bizarre rendition of "Hey Jude," and an often hilarious remake of "Pussy Wiggle Stomp." In 2005, the Wounded Bird label reissued this session on CD for the first time. 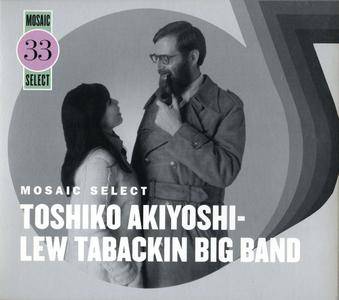 While pianist-arranger-composer Toshiko Akiyoshi headed a fine big band in New York after moving cross-country in 1982, the orchestra that she led in Los Angeles in the 1970s was arguably her greatest accomplishment. The three-CD Mosaic Select set Toshiko Akiyoshi-Lew Tabackin Big Band collects all of the music originally released on the RCA albums Kogun, Long Yellow Road, Tales of a Courtesan, Insights, and March of the Tadpoles. With such major players as Akiyoshi’s husband Lew Tabackin on tenor and flute, trumpeters Bobby Shew and Don Rader, trombonist Britt Woodman and altoist Gary Foster among the many soloists in the all-star band, the orchestra could swing as hard as any of its competitors. In addition to the more boppish pieces, Akiyoshi often wrote works that displayed her Japanese heritage, utilizing Eastern harmonies and instruments along with her husband’s flute. Many of the highpoints of her career are on this perfectly conceived Mosaic release. 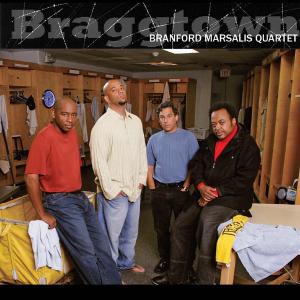 Saxophonist Branford Marsalis' Braggtown finds the ever-evolving tenor man in a more action-oriented state of mind than his contemplative 2004 release Eternal. Having tackled the gigantically epic task of reworking John Coltrane's most well-known opus "A Love Supreme" on Footsteps of Our Fathers in 2002, it should come as no surprise that the Coltrane sound still lingers palpably over all the music on Braggtown. But rather than imitating or aping Coltrane's style, Marsalis has ingested the legendary innovator's concepts, utilizing them in his own unique way. Working once again with his stellar rhythm section of pianist Joey Calderazzo, bassist Eric Revis, and longtime partner in "time" drummer Jeff "Tain" Watts, Marsalis has come up with a collection of original songs perfectly suited for the muscular and sensitive group interplay this ensemble excels at… 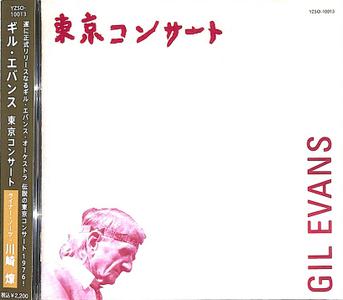 Reissue release from Gil Evans featuring his performance at Nakano Sun Plaza Hall in Tokyo on May 24 and June 8, 1976. Remastered by Ryo Kawasaki. A typical Gil Evans set - none the worse for that - but a slightly short album at 34 minutes. This is the first official release approved by Gil's widow Anita Evans. Ryo Kawasaki, who appears as a soloist on this album, is being remastered. 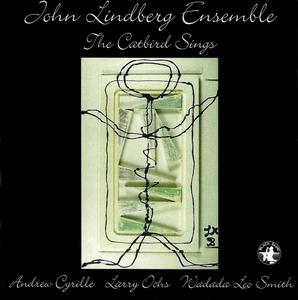 And here is another winner from John Lindberg, in an ensemble with Andrew Cyrille on drums, Larry Ochs on sax and Wadada Leo Smith on trumpet. Not all tracks are played by all four musicians. The first piece is a wonderful slow meditative duet between trumpet and bass. The second, "Waltz Four", starts with a strong two-minute long bass intro, after which the three other musicians join, with a staggeringly beautiful melody in the high tones by Ochs, with solid thematic counterpoint by Smith. 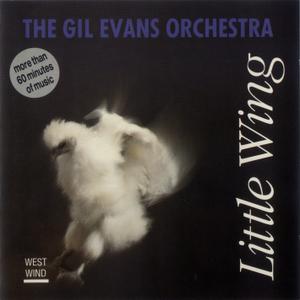 Let's move a little in the '70s for this gem of a recording featuring Gil Evans and his superb group of soloists in an outstanding live set from 1978 consisting of reworkings in the unique Evans style. Every conceivable style is thrown in for good measure, the highlight of course being the superb rendition of Jimi Hendrix's Little Wing clocking a staggering 25 minutes. Absolutely essential listening. 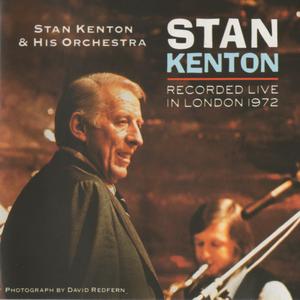 This is an outstanding Stan Kenton Lp of a live performance recorded in London in 1972. The ambience of the hall is perfectly captured along with near studio or studio level characteristics. The Wide, full and dynamic sound of the orchestra is capured perfectly. The recording delivers the best of "it's just like being there" sound.