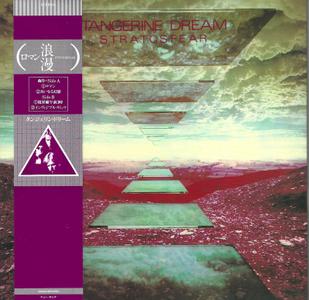 Stratosfear is the eighth major release and seventh studio album by the German group Tangerine Dream. The LP reached No.39 in the UK, in a 4-week chart run, and eventually reached silver status for selling in excess of 60,000 copies (£100,000+). 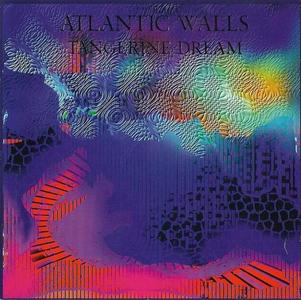 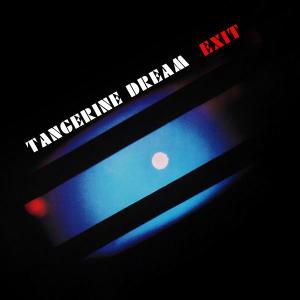 Exit marks the beginning of a new phase in Tangerine Dream's music: Gone were the side-long, sequencer-led journeys, replaced by topical pieces that were more self-contained in scope, more contemporary in sound. Johannes Schmoelling's influence is really felt for the first time here; Tangram, for all its crispness and melody, was simply a refinement of Force Majeure's principles, and the soundtrack to Thief not an album proper. On Exit, listeners are introduced to electronic music's next generation, notably on "Choronzon" and "Network 23," which brought the sound of the dancefloor into the mix (it hasn't left since)… 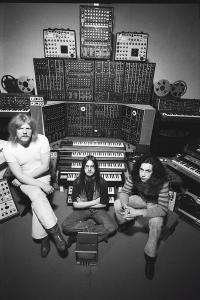 Tangerine Dream is a German electronic music band founded in 1967 by Edgar Froese. Tangerine Dream are considered a pioneering act in electronica. Their work with the electronic music Ohr label produced albums that had a pivotal role in the development of the German musical scene known as kosmische ("cosmic"). Their "Virgin Years", so called because of their association with Virgin Records, produced albums that further explored synthesizers and sequencers, including the UK top 20 albums Phaedra (1974) and Rubycon (1975). 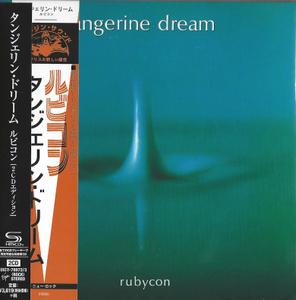 Rubycon is the sixth major release and sixth studio album by German electronic music group Tangerine Dream. It was released in 1975. It is widely regarded as one of their best albums. Rubycon further develops the Berlin School sequencer-based sound they ushered in with the title track from Phaedra. Although not quite matching the sales figures for Phaedra, Rubycon reached number 10 in a 14-week run, their highest-charting album in the UK. 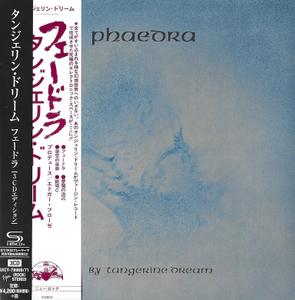 Phaedra is the fifth major release and fifth studio album by German electronic music group Tangerine Dream. It was recorded during November 1973 at The Manor in Shipton-on-Cherwell, England and released on 20 February 1974 through Virgin Records. This is the first Tangerine Dream album to feature their now classic sequencer-driven sound, which is considered to have greatly influenced the Berlin School genre. The album marked the beginning of the group's international success and was their first album released on the Virgin label. It achieved six-figure sales in the UK, reaching number 15 in the UK Albums Chart in a 15-week run, with virtually no airplay, only by strong word of mouth. It also earned the group a gold disc (500,000 copies) in seven countries, though in their native Germany it sold barely 6,000 units.[8] The album title refers to Phaedra of Greek mythology. 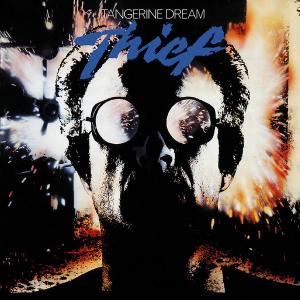 Tangerine Dream scored director Michael Mann's film debut, Thief (released as "Violent Streets" outside of the U.S. market), adding their patented pulses, blips and whooshes to the film's highly stylized visual scenes. While TD's electronic music is a natural fit for soundtracks, it doesn't bring out the best in the band; for the most part, this soundtrack contains swatches of a larger canvas, building up a small head of steam in the span of four or five minutes but not raising the musical discussion above the level of mere mechanical chitchat. Most of the songs follow a set pattern, with Chris Franke slurring his sequencers under a thin fog of synthesizers, topped by a piercing and pithy melody. An engaging melody on "Beach Theme" makes it one of the album's better tracks, while "Trap Feeling" has a delicacy that compares favorably to Brian Eno's Music for Films… 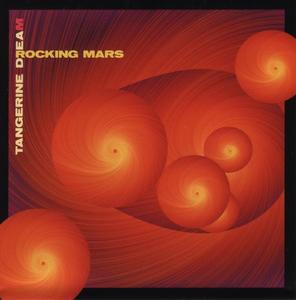 In June 1999, Tangerine Dream performed a one-off concert during the Klangart Festival in Osnabrück in Northern Germany, presenting the then brand-new album Mars Polaris. The complete album was performed, though the track order differs from that on the album. The music performed is essentially identical to the studio versions, with some additional guitar and percussion work. 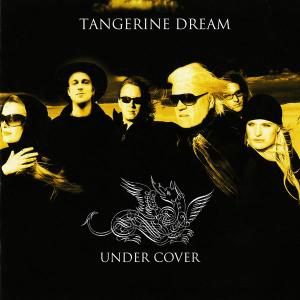 Under Cover, though regarded a 'just-for-fun' project by Tangerine Dream themselves might become TD's most controversial album of recent years - using vocals once more and being the first album consisting of only cover versions of well-known rock and pop songs. TD have done a handful of cover versions over the years, but most of them instrumental versions mostly played as encores during their concerts, including Jimi Hendrix' Purple Haze or The Beatles' Eleanor Rigby, Back In The U.S.S.R. and Tomorrow Never Knows. The compositions, originally interpreted by international renowned artists like R.E.M., David Bowie, Kraftwerk, The Eagles or Pink Floyd were re-arranged and performed by TD's current live line-up, supported on eight tracks by vocalist Christian Hausl who already had performed with TD on Madcap's Flaming Duty (2007). 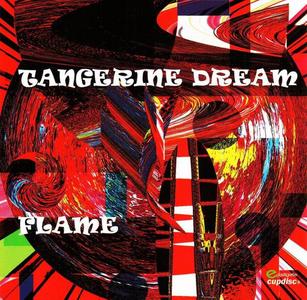 Now the series of so-called cupdiscs continues: enjoy another full length EP (more than 40 minutes) with stunning new compositions and two well-known pieces in different so far unheard versions while having a cup of tea or coffee. 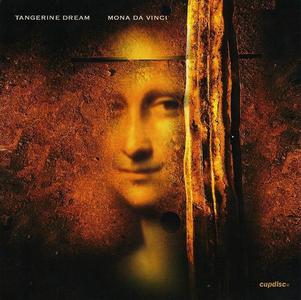 This cupdisc Mona da Vinci doesn't sound like Mona Lisa's smile looks like - but the music on this brand-new disc is also very mystical and full of surprises. Five of the six tracks have never been released before and Calumet does only exist in a live version. Enjoy for example a brilliant guitar solo on Phantoms And Oracles by one of TD's guest guitarists Zlatko Perica. Delight in this special cupdisc - a true option for future dreams and realities! 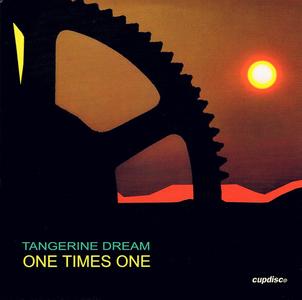 With One Times One, released in late 2007, Eastgate started to issue so-called 'cupdisc' releases, that is, CDs with a running time of about 40 minutes (about the time classic vinyl albums offered back in the 70s and 80s), wrapped in a simple cardboard sleeve instead of a jewel case.
The album contains four completely new compositions by Edgar Froese as well as an instrumental version of a vocal track originally released on Madcap's Flaming Duty (2007) and another remix of Loved By The Sun. This one is based on the version released on Plays Tangerine Dream (2006) but is overlayed with an additional guitar line. 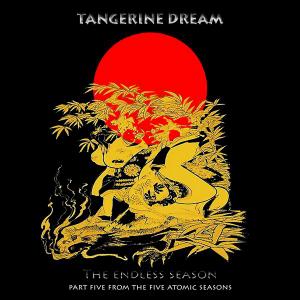 This is the fifth and final part of the "Five Atomic Seasons" cycle by Tangerine Dream.
Even after the worst scenario which happened to the two Japanese cities Nagasaki and Hiroshima, there is a life after so much suffering from grief and pain. The fifth sequel of "The Five Atomic Seasons" - The Endless Season - shows the couple moving back to their monastery in order to receive a very special instruction how to cope with life these days. The music reflects the mixture of feelings during this conversation and also the slightly positive change of consciousness towards a "life-after-death" situation. 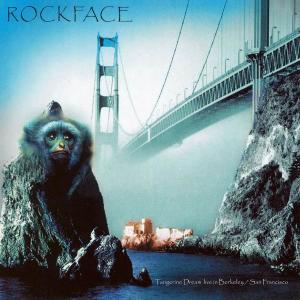 In late 2003 TD surprised their fans with the announcement of Rockface, a live recording from the 1988 North America tour. The double album was finally released on December 18th, 2003 and features a virtually untouched soundboard recording of the third-last gig of that tour, recorded in Berkeley/San FranciAfter several bootlegs and fan releases this album is the first official recording from that tour featuring the short-time line-up Froese/Haslinger/Wadephul. The sound quality is excellent for a live album, though not always studio standard… 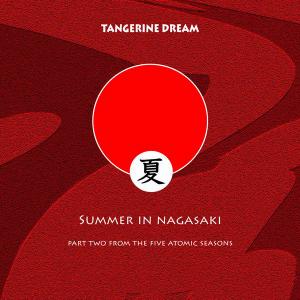 Summer In Nagasaki is the second part of the so-called "Five Atomic Seasons". The compositions reflect the experiences Mr. H.T. - an 82 year old Japanese business man - made during the time of the atomic bomb dropping in summer 1945 in Japan. This dramatic incident coincided with the relationship to his early love - his student fellow named Ayumi - who had no chance to survive that horrible attack. H.T. was so heavily shocked that he decided to abandon the world by going into a monastery. The music - written as one long track of 54 minutes - dramatically describes a part of his life and destiny.