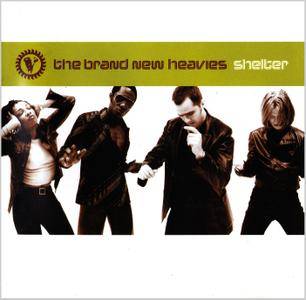 By the time the Brand New Heavies released Shelter in 1997, urban R&B was shifting toward the more organic grooves that they helped pioneer in the early '90s. Although the Heavies were into acid jazz as well, they smoothed over many of the experimental elements of their music in the mid-'90s, leaving behind a seductive, earthy, and jazzy variation of urban soul. That provided the foundation for Shelter, their first album featuring Siedah Garrett as lead singer. Garrett's smooth voice helps push the band toward more conventional territory, yet their songwriting is stronger than most of the contemporaries, and their sound is funkier and more convincing. While there are no standout singles on Shelter, it's a uniformly engaging listen, illustrating that the Brand New Heavies are one of the great underrated urban R&B bands of the '90s.