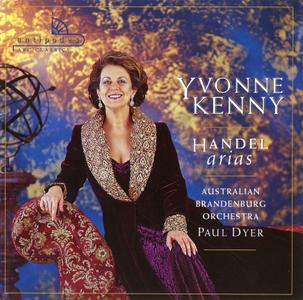 Yvonne Kenny has been one of the most impressive of Handel sopranos for so many years now that it has even been possible to take her for granted. The level of tonal beauty, operatic intensity, mastery of divisions, intelligent appreciation and application of ornaments, blending of voices in duets, superior impersonation and acting skills that Kenny has evinced, however, are rare commodities. She first sang Alcina, Sutherland’s famous role, moving on to include Semele and Xerxes, Julius Caesar and Rinaldo amongst others that will be remembered by many. Her performances with ENO are imperishable memories for me.

‘Deborah contains some of the most glorious music Handel ever wrote. Even if many of the numbers have been recycled from earlier works, the invention is still staggering. Handel devotees can thus amuse themselves spotting the tunes while everyone else can revel in the sumptuous scoring and the sheer vitality and humanity of the piece, all superbly conveyed in Robert King's recording’
–BBC Music Magazine 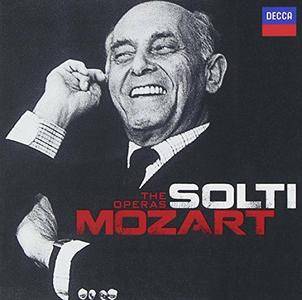 Unlike the late arrival of Mozart's Turkish opera, "Figaro" was much more of a constant in Solti's long career. Apart from being his debut opera, and a work he conducted at Covent Garden in a new staging in 1963-64, he also led editions in Chicago (1957), and with the Paris Opera in the highly visible Giorgio Strehler production that opened Intendant Rolf Liebermann's bold-new-start regime in March 1973; it was initially presented at the Palace of Versailles and in 1976 toured to the US. Frederica von Stade, the most admired Cherubino of the day, who had sung the role for Solti at Versailles, also appears on his subsequent recording. Made in 1981 with an exceptional cast, it won a Grammy award, perhaps unsurprisingly given that its other major assets include Kiri Te Kanawa's creamy-voiced Countess, Lucia Popp's sprightly Susanna, Thomas Allen's authoritative Count and Samuel Ramey's weighty Figaro. Smaller roles - Jane Berbié's Marcellina, Robert Tear's Basilio and Philip Langridge's Curzio among them - are also handled with tremendous care.