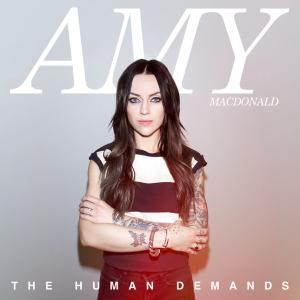 Platinum selling artist Amy Macdonald returns with her highly anticipated 5th studio album, The Human Demands. Working with renowned producer Jim Abbiss (Arctic Monkeys’, Kasabian, Ladytron), the new album is Amy’s most authentic sounding record to date. Deluxe CD Album is a casebound book and features an additional 6 acoustic tracks. In April 2020, Amy Macdonald performed via her social media a new song called "A Piece of My Heart", inspired by COVID-19 pandemic and social distancing. After writing songs in July 2020, Macdonald started recording sessions for her fifth studio album. Her album The Human Demands was released on 30th October 2020, following a lead single, The Hudson on 27 August 2020 and Crazy Shade of Blue on 27 September. 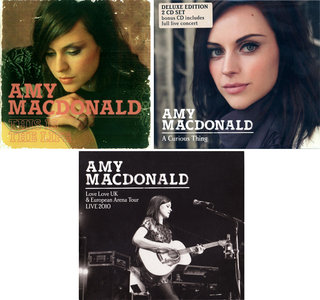 Amy Elizabeth Macdonald (born 25 August 1987) is a Scottish singer-songwriter, guitarist, and musician. She has sold over 12 million records worldwide. Macdonald released her debut album This Is the Life in 2007. The singles "Mr. Rock & Roll" and "This Is the Life" from it were chart hits. The latter charted at number one in six countries, while reaching the top 10 in another 11 countries. The collection includes 'This Is the Life' & 'A Curious Thing' in a double disc deluxe editions and 3-disc live album 'Love Love: UK & European Arena Tour LIVE 2010'.