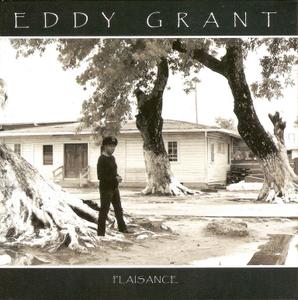 Plaisance is an album by musician Eddy Grant. The title of this album is a reference to the city of Plaisance, Guyana, where Eddy Grant was born in 1948. Edmond Montague Grant is a Guyanese-British vocalist and musician. He was a founding member of the Equals, one of the United Kingdom's first racially integrated pop groups. He is also known for a successful solo career that includes the platinum single "Electric Avenue". He also pioneered the genre ringbang. 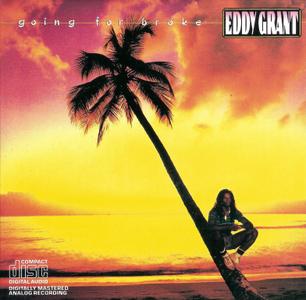 Going for Broke is a 1984 album by Eddy Grant. Following the major success of the previous Killer on the Rampage, this album takes a similar approach but was not as successful. It featured the U.S. hit "Romancing the Stone", as well as the singles "Till I Can't Take Love No More" and "Boys in the Street". "Romancing the Stone" was intended for the 1984 feature film of the same name, in fact was announced by Casey Kasem on the 30 June 1984 edition of American Top 40 as the title song to the movie, but ultimately was not used, though clips from the film appeared in the song's music video, and the song is mentioned in the film's closing credits. 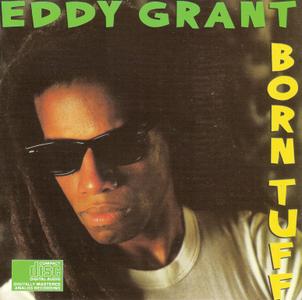 After the worldwide success of Killer on the Rampage, Eddy Grant took a three-year sabbatical to build his own studio. By the time he returned in 1987, the rest of the world had caught up, and wandered off down the road into the sterility of disco/synth-pop. Still, that doesn't explain why Grant felt obligated to follow suit. Of course, Born Tuff isn't "pure" club: "Melody of the Night" has a hint of Bruce Springsteen and the title track a touch of Bob Marley, while there's a soca flair here and Afro-beats there (most of the underlying rhythms are reggae-based). The problem was, Grant fell into the same trap as the rest of the synth scene, believing it possible to overcome the soul-lessness of the genre, and failing miserably. 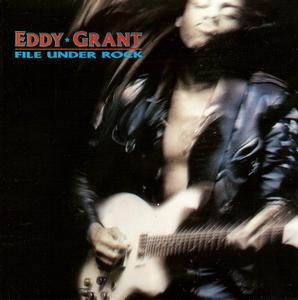 After years of being incorrectly described as a reggae artist, Eddy Grant responded in 1988 by calling this album File Under Rock. Many assumed that the British singer was a reggae-oriented artist because he wore his hair in dreadlocks, but the truth is that he's essentially a pop-rocker who sometimes incorporates reggae elements. While a few tunes on File Under Rock contain slight reggae touches (including "Harmless Piece of Fun"), this is indeed a pop-rock CD first and foremost. Grant favors lighthearted escapism much of the time, although he brings a more sociopolitical agenda to "Another Riot," "Hostile Country" and the questionable "Say Hello to Fidel," which seems to endorse Cuban communist dictator Fidel Castro. Even at his most political, however, Grant avoids sounding preachy. 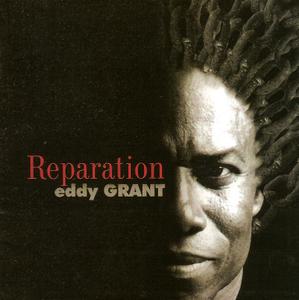 Showing no signs of growing old and clamping down, Eddy Grant boldly titles his 2006 release Reparation, a call for restitution for the transatlantic slave trade. Fittingly, the title cut is the album's key track, with Grant urgently crying out for answers over a frantic, synthetic soca beat while crunching guitars remind everyone that this is the man who cranked out the glorious rock-reggae-dance blends "Electric Avenue" and "Living on the Front Line." Of course, he's also the man who wrote and recorded "Baby Come Back" and "Romancing the Stone," sunny and light tracks of which the easygoing "Everything Irie" brings reminders. 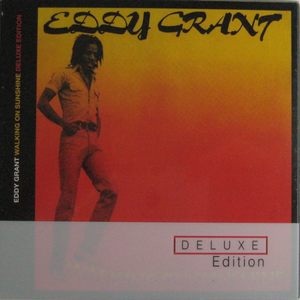 Walking on Sunshine is the second studio album by Guyanese-British musician Eddy Grant, originally released in 1978 by Ice Records. Recorded at Grant's Stamford Hill recording studio, the album was the follow-up to his solo debut Message Man (1977) and fuses styles of Caribbean music like reggae, soca and calypso with other genres, including funk and pop. The musician played most of the album's instrumentation himself, and described the record as reflecting his joyousness. However, some songs feature tough cultural themes, particularly those on the first side. 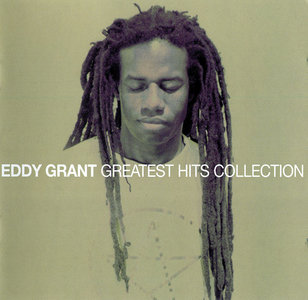 A multi-instrumentalist who, like Stevie Wonder, mixes genres effortlessly, Britain's Eddy Grant deserves a wider audience, but for those who want just the hits, this collection fills the bill. 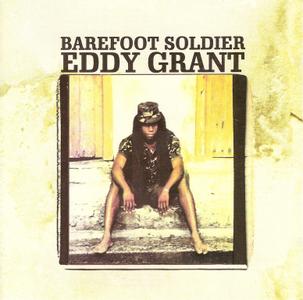 Eddy Grant has often been categorized as a reggae singer, but reggae is only a part of what he's done. In fact, Grant's best known hit, "Electric Avenue," awasn't reggae at all. On this inspired and unpredictable CD, the British singer successfully embraces everything from reggae-pop ("Talk About You," "Welcome To La Tiger") to guitar-powered rock ("Wildcat," "I'm Not Alone Tonight") to country-rock ("Sweet On The Road"). With its haunting acoustic guitar, the title song has a Neil Young-ish appeal. But the album's best song of all is "Gimme Hope Jo'Anna," a indictment of South Africa's cruel apartheid system. Quite enjoyable, Barefoot Soldier was a welcome addition to Grant's catalog.