A concept album exploring themes of broadcast communications, Radio-Activity marked Kraftwerk's return to more obtuse territory, extensively utilizing static, oscillators, and even Cage-like moments of silence to approximate the sense of radio transmission; a pivotal record in the group's continuing development, the title track – the first they ever recorded in English – is their most fully realized electro-pop effort to date, while "The Voice of Energy" precipitates the robot voice so crucial to their subsequent work. 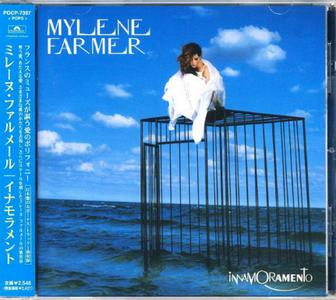 Innamoramento is the fifth studio album by Mylène Farmer, released on April 7, 1999. Very poetic, all texts were written by Mylène Farmer who also composed the music for five songs. The album deals with the singer's anxieties, such as pain, unhappy love, sexuality and the passage of the time. But as the album's title suggests, love is the central theme of the latter. The album is slower and with less rock sonorities than Anamorphosée. The sound is more techno-pop and intimate. In 2000, Innamoramento won a NRJ Music Awards in the category 'Francophone album of the year'. 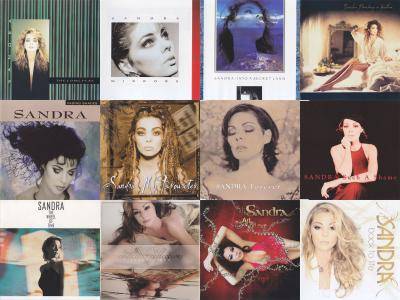 Although Autobahn was a left-field masterpiece, Trans-Europe Express is often cited as perhaps the archetypal (and most accessible) Kraftwerk album. Melodic themes are repeated often and occasionally interwoven over deliberate, chugging beats, sometimes with manipulated vocals; the effect is mechanical yet hypnotic… 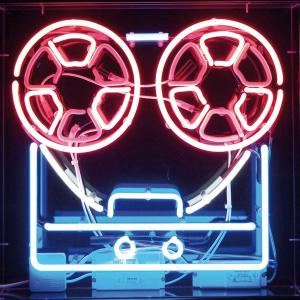 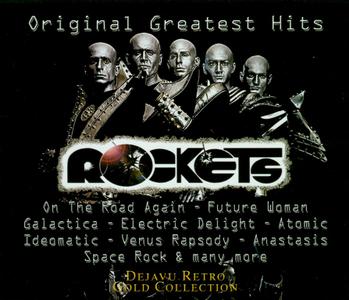 Rockets is a French space rock band that formed in Paris in 1974 and relocated to Italy in 1978. Some of the former members had played together since 1970 in a local band called Crystal. In their most successful era (1977–1982) the line-up comprised vocalist Christian Le Bartz, bassist and vocalist "Little" Gerard L'Her, guitarist and keyboardist Alain Maratrat, drummer and percussionist Alain Groetzinger, and keyboardist Fabrice Quagliotti. The band went through a number of name changes, being known as the Rocket Men and Rok-Etz, among others. In the year 2000, Fabrice Quagliotti decided to reform the band (initially with the name Rockets N.D.P.), but with a totally different line-up. This brought to an anomalous situation, as far as none of the former members agreed to hold a reunion. In fact, the last former member to leave the band was Alain Maratrat, in 1992. 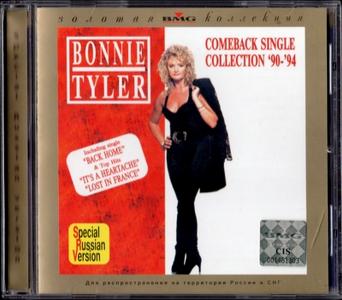 Between 1990-1993, Bonnie Tyler based herself in Germany and released three highly successful albums, 'Bitterblue', 'Angel Heart' and 'Silhouette in Red', none of which were released in the UK. This fine compilation includes the title tracks of all three albums ('Bitterblue' was also a single, which was a huge hit in Germany), all of the singles released from this period, carefully selected album tracks, a new song 'Back Home', and her classic '70s hits 'Lost in France' and 'It's A Heartache', included as a bonus tracks for good measure. For the most part, the music here was written and produced by German producer Dieter Bohlen. Whilst for the most part, she is far away from the production and songs that made her the 'Total Eclipse of the Heart' megastar, 'Say Goodbye' from the Asterix film soundtrack is such a lovely song, and other good ballads include 'Against the Wind' and 'God Gave Love To You'. 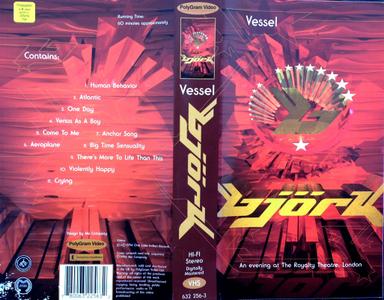 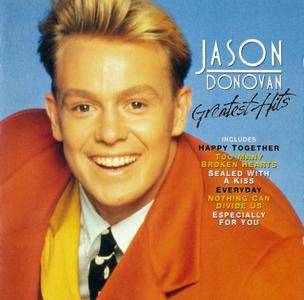 Greatest Hits is the first compilation album by Australian singer Jason Donovan. The collection was released in 1991. The album featured all his UK hit singles up to this point apart from his No.1 single "Any Dream Will Do", which featured on the cast recording of Joseph and the Technicolor Dreamcoat (released on the Polydor label). 10 of the 13 tracks had featured on Donovan's first two albums, with new singles "R.S.V.P." and "Happy Together" included along with a cover of the Elvis Presley hit "A Fool Such as I". This album marked the end of Donovan's work with Stock Aitken Waterman, the producers who had masterminded his music career up to this point. The album reached No.9 on the UK Charts and a video compilation was released to coincide with the album. The cover photo was taken during sessions for the "When You Come Back to Me" single and was therefore two years old at the time of release. 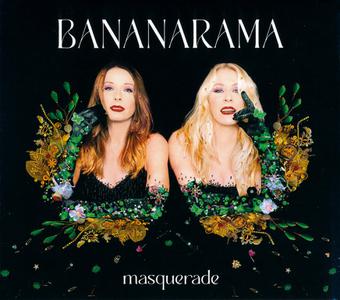 Bananarama - Masquerade (2022)
EAC Rip | FLAC (Img) + Cue + Log ~ 310 Mb | MP3 CBR320 ~ 94 Mb
Full Scans ~ 94 Mb | 00:39:03 | RAR 5% Recovery
Dance-Pop, Synth-Pop | In Synk #BFD440
Masquerade is the twelfth studio album by English musical duo Bananarama. It was released on 22 July 2022 as part of the band's 40th anniversary celebrations. The album was originally conceived as an EP however following the COVID-19 pandemic lockdown beginning, the group began working towards creating a full album. As well as working with longtime collaborator Ian Masterson, Sara Dallin also co-wrote tracks with her daughter Alice Dallin-Walker, known professionally as Alice D. Favourite was released on 29 April 2022 as a promotional single to launch the album campaign. The track is a cover of Alice D's track of the same name and is one of two covers on the album, the other being "Brand New". "Masquerade" was released on 15 June 2022 as the lead single. The single was added to the B-List of the BBC Radio 2 playlist and made 'Single of the Week' upon release, before moving onto the A-List the following week. Bananarama announced that two album launch shows would take place at London Lafayette on 3 and 4 August 2022.
Pop Dance Electronic Dance-Pop Synth-Pop Lossless FLAC MP3 CD-Rip + Scans 2020s 2022
Details 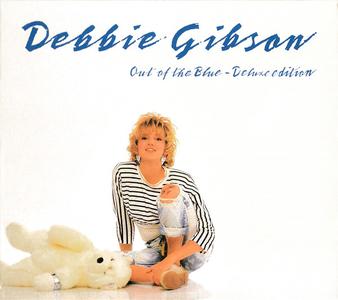 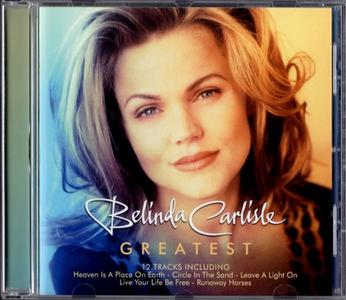 CD edition of a previously download only compilation from Demon Music Group, with completely revised track listing. This collection features 12 of Belinda Carlisle’s greatest hits at a fantastic budget price. Featuring classic hits such as ‘Heaven Is a Place on Earth’, ‘Circle In The Sand’, ‘Leave A Light On’, ‘Live Your Life Be Free’ and many more. 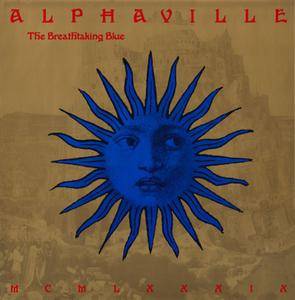 The Breathtaking Blue was a somewhat disappointing follow-up to Alphaville's early-1980s records Forever Young and Afternoons in Utopia. It lacked the shimmering standout quality of songs like "Big in Japan," "Forever Young" and "Afternoons in Utopia." The production, by Klaus Schulze and Alphaville, experiments with a somewhat richer instrumentation, adding strings, saxaphone, trumpet, double bass, electric and even acoustic guitars to Bernhard Lloyd's synthesizers… 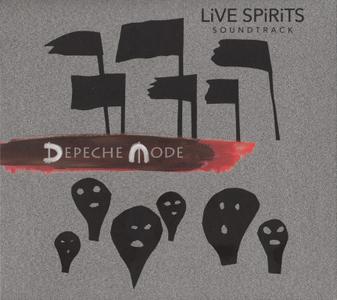 Depeche Mode: SPIRITS in the Forest follows the bands 2017/2018 Global Spirit Tour, which saw Depeche Mode play to over 3 million fans at 115 shows around the world. This package is available in both CD/Standard DVD, and CD/BLU-RAY DVD formats. DVD 1 is the theatrically released SPiRiTS IN THE FOREST (Running time approx: 1 hour, 22 minutes), a dive into the deeply emotional stories of six special Depeche Mode fans. The film weaves together exhilarating musical performances filmed at the final shows of the tour with intimate documentary footage filmed in the fans hometowns across the globe. DVD 2 includes the exclusive, never before seen, LiVE SPiRiTS concert film (Running time approx: 2 hours, 6 minutes), the full live show which was shot at The Waldbühne, Berlin, on July 23rd and 25th, 2018. The package also includes the full LiVE SPiRiTS SOUNDTRACK, the 2 CD audio component of the full concert film. Depeche Mode: SPIRITS in the Forest is not just a celebration of music but rather a celebration of humanity and the connections we feel to the music that moves us. Depeche Mode: LiVE SPiRiTS Soundtrack is the 2 CD audio from the full concert film.