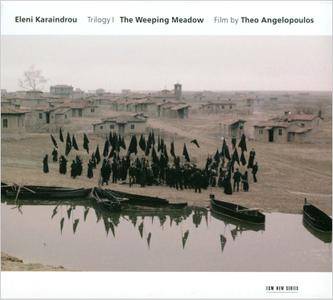 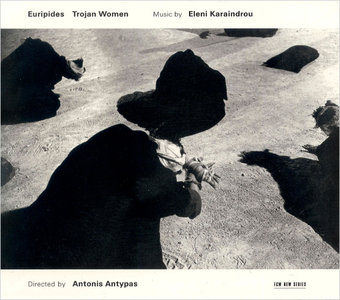 Euripides wrote The Trojan Women in 415 B.C., but his tragic play about the aftermath of the fall of Troy continues to resonate many centuries after it was first performed. Eleni Karaindrou, best know for her film scores for Ulysses' Gaze and Eternity and a Day, composed this score for a 2001 production of The Trojan Women after being struck by the parallels between the ancient Greek story and the recent situation in the Balkans. Although she chose to use various folk instruments from around the Mediterranean, such as the lyre, an ancestor of the modern violin; the lauto, a Greek form of the lute; and the ney, an end-blown flute, her stark compositions are not folkloric recreations. Instead, she blends the ancient timbres of the instruments with a vocal chorus to create a sound that is not quite modern but not archaic either. Perhaps the best word to use in describing Karaindrou's austere, beautiful music is timeless. 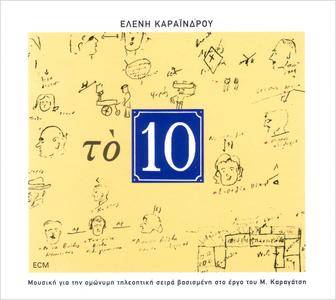 Eleni Karaindrou – “Greece’s most eloquent living composer” in the words of Time magazine – was born in Teichio, a mountain village in central Greece. She still retains vivid memories of the sound world of her childhood: "the music of the wind, rain on the slate roof, running water. The nightingale's singing. And then the silence of the snow." Sometimes the mountains would echo to the sound of flutes and clarinets played at village festivals. “I still have a strong memory of the Byzantine melodies I heard in church and the continuous voices of the men accompanying the chanter," she has said. Resonances of this sound world, imbued with the history and suffering of her native land, have found their way into the many scores she has composed for film, TV and theatre in the past four decades.