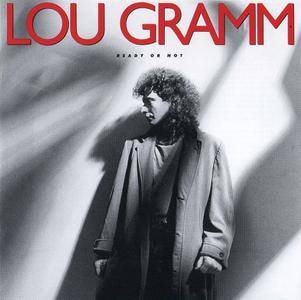 Foreigner vocalist Lou Gramm's 1987 solo album Ready or Not is a winner. It came at a precarious time for Foreigner, despite coming off the success of 1985's Agent Provocateur and the band's first number one single, "I Want to Know What Love Is." Ready or Not is rich with melody and snap, but its sound does vary just enough from Foreigner that Gramm can't really be accused of stealing from himself. The production by Gramm and Pat Moran definitely has that bright 1980s style. Gramm's main sidemen include guitarist Nils Lofgren, keyboardist Philip Ashley, bassist/guitarist/keyboardist Bruce Turgon, and drummer Ben Gramm. Side one absolutely sizzles. "Ready or Not" is a strong, hard-rocking leadoff track and it was a minor hit single. The melodic, lyrical, and vocal hooks on "Heartache" are massive and Lofgren's guitar solo adds an edgy bite. The Top Five hit "Midnight Blue" is a terrific pop/rock song; despite its hit status, it's one of the decade's truly underappreciated singles. Lofgren's rolling, effective guitar riffing and a captivating chorus make "Time" one of the best cuts. 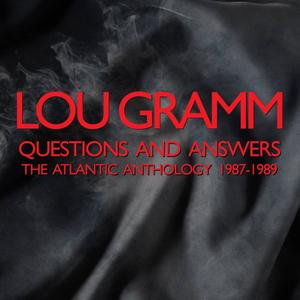 Lou Gramm had been recording with Rochester, New York based band, Black Sheep, since the early 1970s. Releasing two LPs for Capitol, Lou Gramm met his future bandmate and songwriting partner Mick Jones in 1975 when Black Sheep opened for Spooky Tooth in Rochester. Mick Jones was looking for a singer for his new band in 1976, and Black Sheep having split at the end of 1975, Lou was free to audition for Mick’s new group, Foreigner. Releasing their self-titled album on Atlantic Records in 1977, and featuring solid gold rock classics as ‘Cold As Ice’ and ‘Feels Like The First Time’, Foreigner were an instant worldwide smash. Going from strength to strength, the band hit a commercial peak in 1984 with the “Agent Provocateur” album and the chart topping power ballad, ‘I Want To Know What Love Is’. 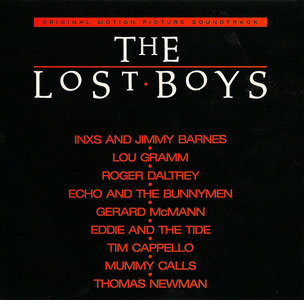 Joel Schumacher's 1987 film The Lost Boys capitalized on a temporary lull in horror movies in the late '80s and created a heavily music-video-influenced vampire homage with enough campy humor, heavy metal costumes, and hunky stars to put a fresh spin on the genre. An amusing piece of eye candy spiked by a few creepy moments, the movie, in typical '80s style, relies heavily on the soundtrack to bolster its emotional core. The soundtrack, like the film, works great on the surface – but don't go much deeper. A mix of covers and bombastic '80s pop originals, the songs work best when they concentrate on the horror factor. Echo & the Bunnymen turn in an excellent cover of the Doors' "People Are Strange" that has a bouncier, more melodic touch than the original. Jimmy Barnes and INXS' "Good Times" is an energetic rocker used to personify the party-hardy SoCal atmosphere of the film. The strongest song is the movie's theme, "Cry Little Sister," a goth-influenced midtempo ballad.