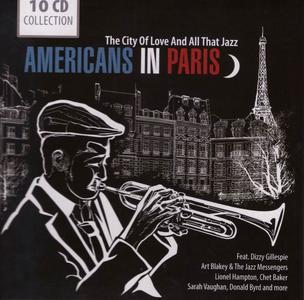 This 10 CD set offers an exciting overview of some of the most important recordings made by American jazz stars in Paris in the Fifties. They are milestones of Modern Jazz, Bebop and Hard Bop recorded by some of the most important players of the time, including Dizzy Gillespie, Art Blakey & The Jazz Messengers, Lionel Hampton, Chet Baker, Sarah Vaughan, Mary Lou Williams, Lester Young and Donald Byrd. Treated like second class citizens at home, many American jazz stars not only got more recognition and respect in the French capital, but found much better playing conditions as well. From concert-halls like "L'Olympia" to the clubs of the "Latin Quarter" they were appreciated and celebrated, and their music met with a glowing enthusiasm. 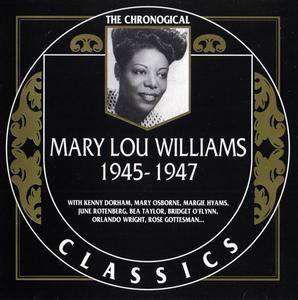 Most of the musicians heard on this fourth installment in the Classics Mary Lou Williams chronology are women. During the second half of the 1940s, this was considered unusual and innovative. Female musicians, with the exception of carefully coiffed vocalists and the occasional pianist, were generally regarded by the public, by the entertainment industry, and by most male musicians as curious anomalies and were not taken very seriously. Mary Lou Williams always preferred to surround herself with musical minds possessing artistic acumen commensurate with her own highly developed musical intellect. The first four tracks were recorded for the Continental label in 1945 with guitarist Mary Osborne, bassist Bea Taylor, and percussionists Margie Hyams and Bridget O'Flynn, a fascinating duo who took turns either handling the vibraphone or the drums… 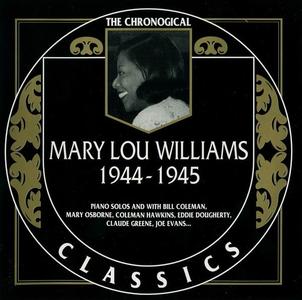 One thing about chronologically arranged reissues - you never know exactly what you're going to bump into. The third volume of the complete recordings of Mary Lou Williams, for example, opens with a pair of tunes sung by Josh White. It's good to hear the lyrics to Williams' cool, bluesy "Froggy Bottom," but "The Minute Man" is one of those obligatory, rhetorical patriotic numbers that cropped up everywhere during WWII and are relevant today only as historical curiosities. Most of the music reissued in this compilation originally appeared on scratchy 78-rpm records bearing the Asch label. Tenor sax archetype Coleman Hawkins is featured on the lush "Song in My Soul" and trumpeter Bill Coleman presides over a laid-back strolling blues with the worrisome title "Carcinoma"… 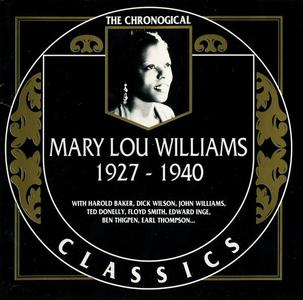 This CD features the great pianist Mary Lou Williams during her earliest period. She is heard in 1927 on six selections with The Synco Jazzers (a small group that included her then-husband John Williams on alto) and then on the first 19 selections ever recorded under her own name. Performed during the long period when she was the regular pianist with Andy Kirk's 12 Clouds of Joy, Williams is featured on two hot stride solos in 1930, leading trios in 1936 and 1938, playing "Little Joe from Chicago" unaccompanied in 1939 and heading septets in 1940; among her sidemen were trumpeter Harold "Shorty" Baker and the legendary tenor Dick Wilson. Many of the compositions were written by Williams including "Night Life," "New Froggy Bottom," "Mary's special," and "Scratchin' the Gravel;" her version of Jelly Roll Morton's "The Pearls" is a highpoint. 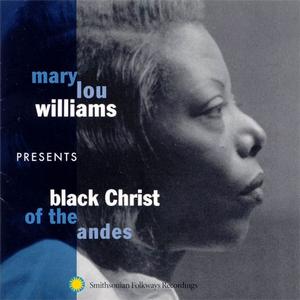 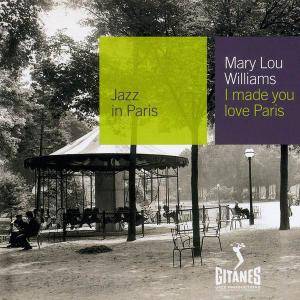 Mary Lou Williams spent a fair amount of time in Europe in the early '50s, prior to a temporary hiatus from jazz. This CD from Verve's Jazz in Paris series compiles two separate sessions from 1954; one features a trio, a quintet, and a pair of vocals by blues singer Beryl Bryden, and the other is purely a trio. All of the selections are fairly brief, with only one running over three-and-a-half minutes. The first 11 songs are a bit of a mixed bag. The strongest tracks feature Williams alone ("I Made You Love Paris" and her "Club Francais Blues") or with her trio ("Avalon," "Swingin' for the Guys," and "Memories of You")… 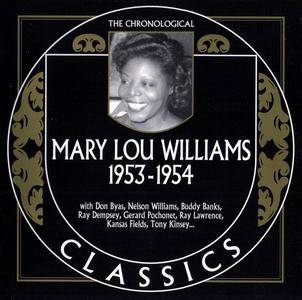 This seventh volume in the Classics Mary Lou Williams chronology opens with a pair of gorgeous modern-sounding rhythm quartet tracks recorded in London on June 26, 1953. The next leg of her journey took her onto the northern European mainland. After a period spent gigging in France and Holland the pianist settled in Paris at the Hotel Cristal in St.-Germain-des-Prés, not far from the Deux Magots and the Café de Flore. On December 2, 1953 Mary Lou Williams recorded eight selections for the Vogue label with her good friend the perpetual expatriate tenor saxophonist Don Byas, bassist Buddy Banks, and drummer Gérard Pochonet…