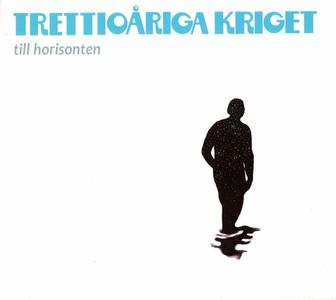 "Till Horisonten" ("To the Horizon") is the 10th album from Trettioåriga Kriget. Actually, it is the 11th if you include "Glorious War" by the band’s original line-up. However, most would know this remarkable Swedish band from their first five albums, including the classic "Krigssång". These were recorded between 1974 and 1981. In 2003 the band regrouped, consisting of the same members, gigging and recording as if there had been no hiatus at all. Indeed, this phase II of the War's career has proved extremely fruitful, and the new album is in many ways the crowning achivement of a very dedicated, tightly-knit ensemble of five musicians and a lyricist. TK are by now capable of drawing on all aspects of their extended experience as friends, fellow players and human beings… 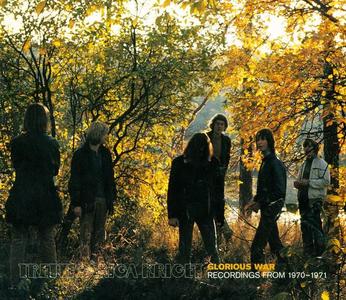 Trettioåriga Kriget is a Swedish progressive rock band that was formed in Saltsjöbaden outside Stockholm in 1970. They released their s/t debut album in 1974. They have earned critical acclaim from critics and fellow musicians, developed a cult following, and became an influence for a new generation of Swedish and Scandinavian progressive rock bands.
Considering that this pre-debut album actually saw the light of day as a result of using a 2-track tape recorder to document the collective thoughts and ideas of these aspiring lads, one cannot really complain about the obviously inferior sound quality.
The sound is often slightly dissonant and unnerving; given the prehistoric age of the original recordings but enables the band to pull off a pretty convincing attempt at emulating what Pink Floyd so admirably did in their prime…

Legendary Swedish heavy-progressive band who released 6 albums between 1974 and 1992 (plus a retrospective in 1996) and reunited and released a couple of new albums from 2004 and on. However, the only addition to the normal guitar, bass and drums instrumentation is some mellotron here and there. It's musical excellence with plenty of extended gratuitous guitar jams and very intricate lyrics. In several ways, Trettioåriga Kriget ("The 30-year War" in English) can be compare to Änglagård and Landberk to sense their influence. The first, self-titled is in many ways like Rush circa 1980. "Krigssång" is an album that fans of 70's rock in general will enjoy, and not just progressive rock listeners. In sum, this is one of the defining Scandinavian prog albums. The first two albums are necessary for any serious exploration of the region. The albums released after the reunion show that the band hasn't lost their touch! 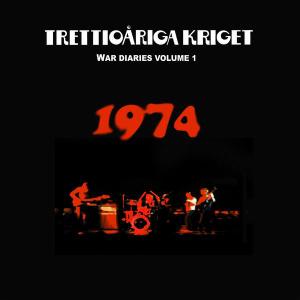 Trettioåriga Kriget is a Swedish progressive rock band that was formed in Saltsjöbaden outside Stockholm in 1970. They released their s/t debut album in 1974. They have earned critical acclaim from critics and fellow musicians, developed a cult following, and became an influence for a new generation of Swedish and Scandinavian progressive rock bands.
Between 1974 and 1981 TK did 4 appearances at the National Swedish Radio live music show ”Tonkraft”. The artists performed in studio, but in front of an audience, to get a real live feeling. These 4 appearances TK did, coincided with the releases of their first 3 albums plus their 5th album. This live album is the first show taped on the 20th of May 1974. There are also some bonus tracks from the same period taken from the archives and never before released…