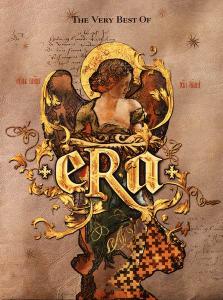 Founded in 1996, ERA (an acronym for Enminential Rythmn of the Ancestors) is the project of French musician Eric Lévi, whose ethereal, evocative soundscapes began in the tradition of artists like Enigma and Deep Forest. ERA's self-titled debut LP was released in 1998 to widespread success. A mix of dramatic pseudo-orchestral fare and lyrics in a self-designed language similar to Latin and Greek, Era also incorporated elements of world music, electronic, and new age. Following up in 2000 with Era 2, Lévi returned in 2003 with The Mass - whose title track referenced Carl Orff's masterpiece O Fortuna - and sales subsequently hit platinum status in France and Switzerland. The Very Best of Era was released in 2004 and featured all the popular tracks from their previous three records as well as several remixes… 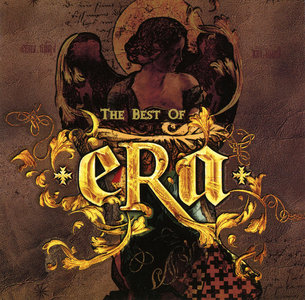 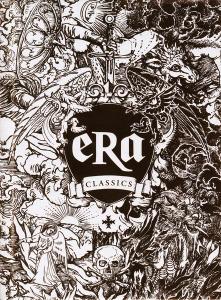 Classics, the fifth Era album by producer Eric Lévi, is similar in style to previous releases but is novel in its new age adaptation of well-known classical works by Giulio Caccini, Antonio Vivaldi, Giuseppe Verdi, Johann Sebastian Bach, Gustav Mahler, George Frederick Handel, and Samuel Barber. The past couple Era albums, The Mass (2003) and Reborn (2008), weren't as well received as the first couple, Era (1997) and Era 2 (2000). Though this didn't prevent them from reaching the Top Ten of the French albums chart, many fans expressed disappointment that Lévi was increasingly running out of good ideas and either repeating himself or, in the case of songs like "Kilimandjaro" from Reborn, making awful music. Rather than come up with fresh material of his own once again, Lévi goes back to the classics for Classics, crafting Era-style new age adaptations of Caccini's Ave Maria, Vivaldi's Spring and Winter from The Four Seasons… 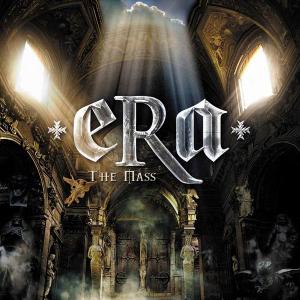 The name of Era's third studio release, The Mass, was a departure from the eponymous titles of their previous albums. "The Mass" was also the name of the album's lead single, a track which differed from Era's previous songs in a significant way: rather than forming the choral backdrop themselves, Era used a sample of 'O Fortuna' (from Carl Orff's famous 'Carmina Burana'). The actual tune is a more upbeat version of "Divano", from Era 2, but the inclusion of the samples is a great idea. Though the track ends slightly abruptly, it remains one of the most wonderfully evocative songs of the New Age genre… 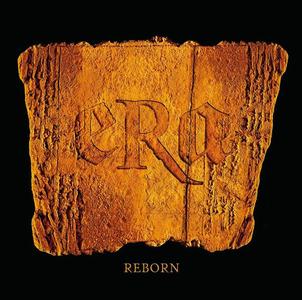 Reborn is the fourth studio record by French composer Eric Levi's new age music project Era. It was issued in 2008 and marked the last time Levi presented his own original compositions on Era records - following Reborn he started adapting famous works of classical composers for his albums. 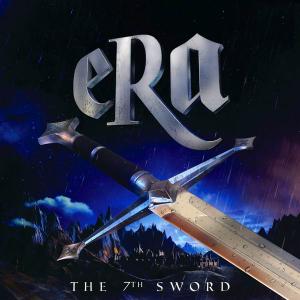 The legendary musical project Era come back with album "The 7th Sword". Through this new opus of original compositions, its creator Eric Levi proves once again that he is free from all musical dictates and still creates surprise. His music carries the listener into another dimension, with an imaginary language and a timeless sound that has already fascinated more than 10 million people around the world. This 7th album also features a new remix of the famous song "Ameno" to mark its 20th anniversary. 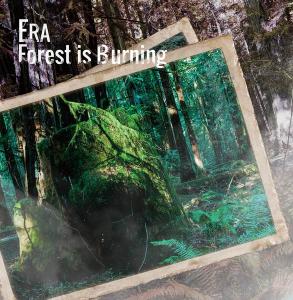 Akihisa Tsuboy (Violin) & Natsuki Kido (Guitar) duo. Akihisa Tsuboy is a member of KBB, Ausia, String Arguments, and is a new member of Pochakaite Malko. Natsuki Kido has recorded with such bands as Bondage Fruit and Korekyojin. Stylistically, their duo works depart from these other credits and form something quite special and distinct.

Twenty years ago, Eric Levi, a French rock guitarist turned soundtrack composer, unveiled a new musical project to the world. ERA’s first song Ameno blended electronic beats with choral chants and dramatic vocals and became an instant hit wherever it was heard. You’d say it went viral, but nobody used that word in 1997. Today, that signature song is more popular than ever, thanks to its rediscovery by a new generation of YouTubers and martial arts fans, generating millions of views on YouTube. ERA’s subsequent six albums have sold more than 10 million copies around the world, awaking spiritualty and a dimension of mysticism wherever it is heard…