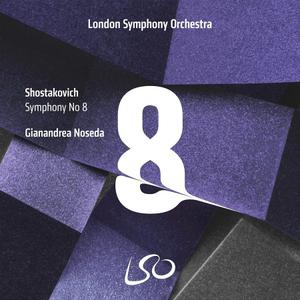 Composed against a cataclysmic backdrop of Stalinist oppression and the Second World War, Shostakovich's Symphony No.8 is a deeply affecting poem of suffering. The composer described it as, ''an attempt to reflect the terrible tragedy of war,'' and it contains some of the most terrifying music he ever wrote. Here, Gianandrea Noseda conducts the London Symphony Orchestra with intensity and understanding, allowing the music to tell its own story as it travels from darkness into light, yearning more for peace than for victory. 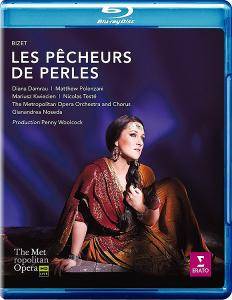 Bizet’s Les Pêcheurs de perles, set in Sri Lanka, is known above all for its unforgettable duet for tenor and baritone, but it its score is full of delightful and dramatic music. When recently staged at the Metropolitan Opera in New York it proved a major success, both for the production by Penny Woolcock and the musical performance, conducted by Paolo Noseda, with (once again) Diana Damrau as the priestess Leïla and, as the two men competing for love, the tenor Matthew Polenzani (Nadir) and the baritone Mariusz Kwiecien (Zurga). Woolcock’s concept brought the production up to date, with photographic and video references to the 2004 tsunami, and offered a superb ‘aquatic’ spectacle during the overture: the whole stage appeared to be beneath the Indian Ocean and acrobatic divers ‘swam’ down from the surface (located in the flies of the theatre). This is the fourth volume of the BBC Phiharmonic’s five-disc cycle of Liszt’s Symphonic Poems, conducted by Gianandrea Noseda. This monumental survey continues to go from strength to strength through Noseda’s passionate conducting and innate Italian romanticism and has made possible a reappraisal of these unjustly neglected works. The Telegraph wrote, “…it is hard to imagine them ever sounding better than here. This is music-making full of rich colouring, refined shaping of melodic line and emotional power.” No one could ever accuse Liszt of a lack or largesse. And listening to Vol 3 in Chandos’s recordings of the symphonic poems you are made more aware that ever of his role as an over-reacher, a towering figure who sought to loosen all formal constraints and allow the river of Romanticism to rush by in full spate… it says much for the BBC Philharmonic under Gianandrea Noseda that they once more temper drama with discretion. They achieve a special sense of exultance rather than bombast in Festklänge… and they are no less successful in the vast spans of the Héroïde funèbre… Fluent and eloquent as ever, Noseda and his orchestra have once more been superbly recorded.
–Gramophone Volume 1 of Liszt's complete symphonic poems augurs well for the releases. Gianandrea Noseda and the BBC Philharmonic remind you at every turn that the days of a lofty critical dismissal of this uneven but pioneering and romantically audacious music are surely over. Coldly objective complaints about Liszt's lack of craftsmanship or melodic distinction have been echoed in other more stylishly phrased complaints: for Clara Schumann there was 'too much of the tinsel and the drum' while Edward Sackville-West could see little beyond 'the expensive glare and theatricality'.
–Gramophone