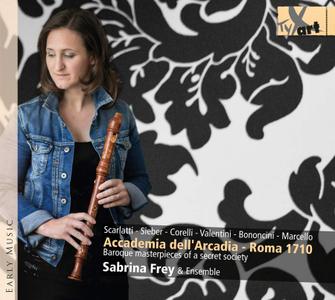 A delightfull combination of well chosen program materials and expert recording techniques. Sabrina Frey and her companion musicians are top notch performers that serve a concert with well worked ensemble and group interplay.
I found the playing of Sabrina Frey most interesting. She commands her recorder with consumate skill. The works played (including 2 premières) are by Scarlatti, Sieber, Corelli, Valentini, Bononcini, and Marcello. Masters of the baroque form. 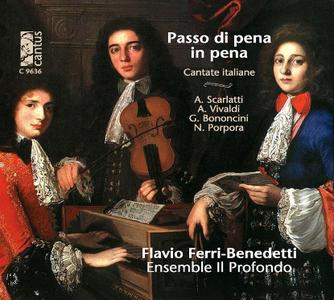 As the rather extensive booklet notes by countertenor Flavio Ferri-Benedetti state, the Italian secular cantata was a byproduct of the so-called focus of the early 18th-century intellectual circles on good poetry based generally on classical themes. The result was a veritable torrent of smaller chamber works meant to highlight this literary genre, which had the effect of establishing it as one of the preferred vocal formats of the period. The settings were generally for voice and continuo, but here one finds a selection of works that include a full four-part accompaniment of strings. This allows for a fuller texture, making them more akin to brief opera scenes. 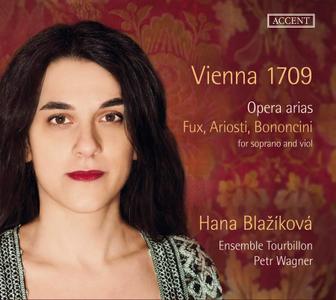 The young Czech soprano Hana Blažíkóva is one of the most exciting voices in the baroque scene. Conductors such as Philippe Herreweghe, Masaaki Suzuki and Vaclav Luks frequently invite her for CD recordings, concerts and tours. She regularly appears at renowned festivals including Prague Spring, Festival Oude Muziek Utrecht, Resonances in Vienna and the Early Music Days in Regensburg. 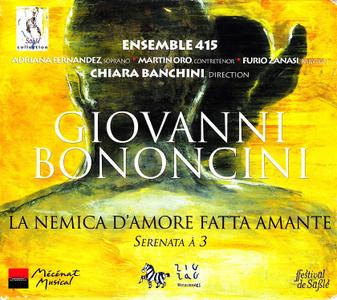 Giovanni Bononcini (1670-1747) was a gifted cellist and a rival of Handel's; he wrote more than 30 operas and 300 cantatas. I approached this "serenata a tre" with trepidation, fearing something coy and intermezzo-like; in fact, it's simply beautiful. The not-riveting plot concerns soprano nymph Cloris' refusal of love for countertenor shepherd Tirsi, and her subsequent turnaround. Baritone Fileno, a satyr, loves her but convinces her that love is cruel because he is jealous of her love for Tirsi. In the end, Fileno vows vengeance and departs, and the lovers unite, praising fidelity and love. Bononcini manages to capture truly felt moments of love, anger, warmth, happiness, and heartbreak with minimal forces–just a few strings, all played stunningly (as usual) by Ensemble 415–and fine melodies.

Bononcini was a contemporary of Handel and for the few years he stayed in London the two men were - presumably - friendly rivals, as both had operas staged in turn (together with a few other composers) at the newly formed Royal Academy of Music. Bononcini was an exponent of the Arcadian style of Italian opera, Handel the high dramatic. It is very much that pastoral, Arcadian approach that is on display in the music on this CD.