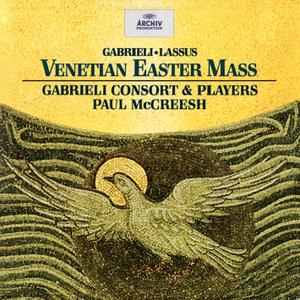 Many people imagine the music of 17th century Venice was so fabulous that the great 16th century polyphonists were forgotten. Not so–particularly in the case of Masses. (Indeed, after arriving at San Marco, Monteverdi ordered copies of Masses by Palestrina and Lassus.) Paul McCreesh's Venetian reconstruction reflects this practice, adding motets and canzonas by the Gabrielis to Lassus's Missa Congratulamini. Particularly interesting is the ceremony opening the service, where the Doge and the Archbishop reenact the arrival of the disciples at the empty sepulchre. 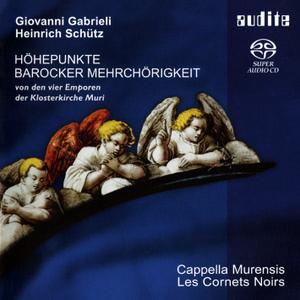 To visit the great Venetian cathedrals in the 17th century was to bow deeply to the polychoral or “cori spezzati” style that reigned there, pioneered by Giovanni Gabrieli. The young Heinrich Schutz was no exception. Unable to resist the sparkling sounds arising from polychoral writing and antiphonal placement, Schutz carried the style back to his native Germany. Capella Murensis and Les Cornets Noirs here present with absolute fidelity works by Schutz and Gabrieli that epitomize the high Ventian style. 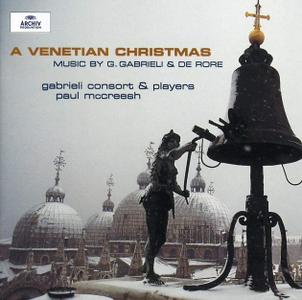 Here's another of Paul McCreesh's "as it might have been" reconstructions, this time of the First Mass of Christmas in Venice's St. Mark's church "around 1600". McCreesh's customary focus on bringing to life the pomp and ceremony of a huge celebratory occasion offers huge rewards for the listener as musicology, the finest performing forces, and first-rate sound engineering combine to deliver a bold and beautiful "you are there" experience. The whole thing centers around Cipriano de Rore's seven-part mass Praeter rerum seriem, a parody on a six-part motet by Josquin. It's a gorgeous setting, and McCreesh's vocal ensemble really digs into the emotional and spiritual heart of this music.

Robert King, The King's Consort - Lo Sposalizio: The wedding of Venice to the sea (1998) 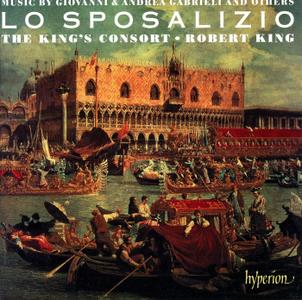 From the eleventh century, Venetian mariners gathered together once each year to offer prayers to San Nicolò, the patron saint of sailors, asking for his continued protection. Initially the service was a simple benediction in which the Adriatic Sea was blessed with holy water. By the late-sixteenth century the ceremony had evolved into one of the most lavish and important dates in the Venetian calendar. Ascension Day now launched a large spring festival which was headed by the symbolic wedding of Venice to the Adriatic—the Sposalizio. 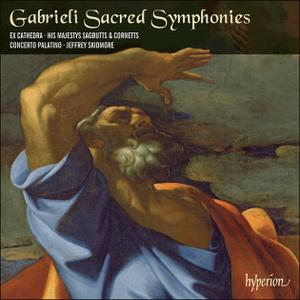 A welcome return to Hyperion for Ex Cathedra and Jeffrey Skidmore, whose exuberant recordings of Baroque music from around the world have made them one of the best-loved ensembles of today. These magnificent liturgical settings from the heart of the Venetian polychoral tradition are full of drama, wonder and extraordinary spatial effects. His Majestys Sagbutts & Cornetts and Concerto Palatino provide the sonic gilding that would have been an essential part of the original performances, when extra musicians crowded the galleries of St Mark’s for special occasions.