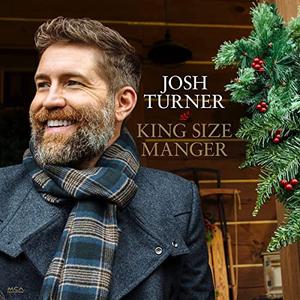 JOSH TURNER WILL BE RELEASING HIS FIRST EVER CHRISTMAS ALBUM THIS YEAR ON OCTOBER 8TH. IT WILL BE INCLUDE 11 TRACKS WITH 4 ORIGINAL TRACKS. “HAVE YOURSELF A MERRY LITTLE CHRISTMAS” WILL FEATURE HIS FAMILY ON BACKGROUND VOCALS AND AN ECLECTIC VERSION OF "MELE KALIKIMAKA MY OHANA" WHICH WAS INSPIRED BY HIS TRIP TO HAWAII. 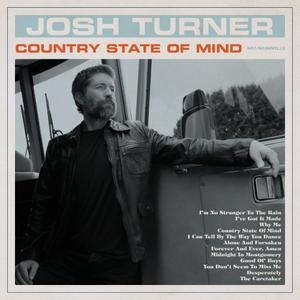 Multi-platinum-selling country music star Josh Turner invites fans to join him in scaling what the charismatic performer likes to call his “Mount Rushmore of Country Music” on his outstanding new studio album Country State of Mind.
The 12-song collection finds Turner in an enlightened “country state of mind” as he pays homage to a cross-section of classic country music icons, including five legends who have long held a firm place in his musical journey: Randy Travis, John Anderson, Johnny Cash, Vern Gosdin, and Hank Williams,The album showcases Turner as a disciple of country music history, with the album spanning more than half a century of classic country music, encompassing both well-known standards and deep-catalog cuts, many of which hold deep personal meaning. Turner also invited other stellar country voices — some heroes, some contemporaries — to join him in the studio as he crafted his celebration of classic country.