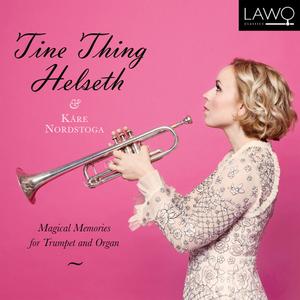 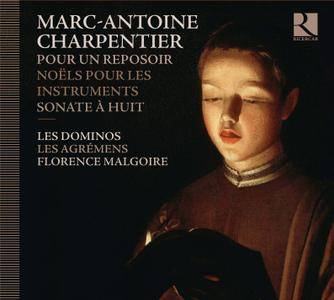 The instrumental works of Marc-Antoine Charpentier are familiar to very few people. A large number of them were composed for use in churches, the most famous of these being the Messe pour plusieurs instruments au lieu des orgues that has already been recorded by Jean Tubéry and La Fenice for Ricercar (RIC 245). Charpentier composed the Sonate à huit around 1685, at a time when various private musical societies were exploring the Italian sonata style. Charpentier discovered this style at the same time as François Couperin, who also set about composing sonatas in the Italian style. Charpentier’s Sonate à huit blends the Italian style with the French suite of dances and as such is one of the masterpieces of instrumental music of the French baroque. The symphonies Pour un Reposoir were intended to accompany an outdoor procession, an organ naturally not being available. The greater part of the CD, however, is taken up by the Noëls pour les Instruments which Charpentier set for instrumental ensemble and organ. We have also recorded the original versions of the above-mentioned Christmas carols, complete with their many verses as they appeared in French collections published at the beginning of the 18th century. This recording of Christmas music can be enjoyed throughout the year! 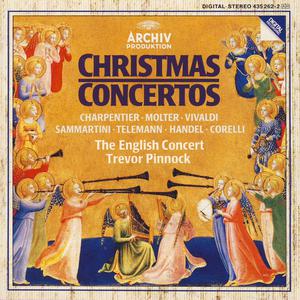 Trevor Pinnock and The English Concert take a refined look at Christmas Concertos from the baroque masters. So that's Vivaldi, Handel, Corelli and plenty more. 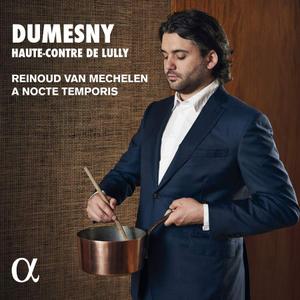 Who was Louis Gaulard Dumesny? Dumesny was not the first haute-contre historically speaking, but he was the first to have become famous in his lifetime. Sources agree that he was a cook when Lully discovered him. He made his debut in 1677 and everyone was amazed by his acting, the power of his voice and also his ability to learn everything by ear, since he could not read music. A few centuries later, Reinoud Van Mechelen, star tenor of the international Baroque scene, has decided, with his ensemble A Nocte Temporis, to pay tribute to this ‘haute-contre’ register, a high tenor voice (not to be confused with the countertenor!), by devoting three recordings to it, paying tribute in turn to Lully, Rameau and Gluck. 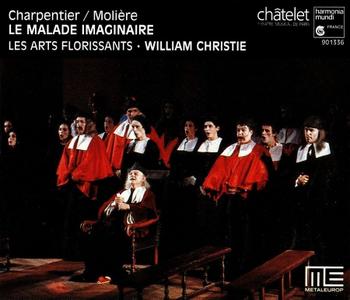 Due to legal complications engineered by Jean-Baptiste Lully and effected by Louis XIV, Marc-Antoine Charpentier's brilliant incidental music for Molière's final comedy, Le Malade imaginaire (1672-1674), was subjected to two drastic revisions. Despite the composer's usual precautions and careful maintenance of his manuscripts, the work's ordering became confused and scores of two important sections – the "Premier intermède" and the "Petit opéra impromptu" – lost. Thanks to the work of musicologists John S. Powell and H. Wiley Hitchcock, the full work has been reconstructed from surviving parts and restored for performance. The 1990 recording by William Christie and Les Arts Florissants is the most complete and authoritative version available; but if that makes it seem stuffy and dry, then hearing the performance will come as a glorious surprise. 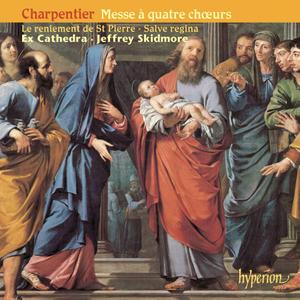 A contemporary of Lully and Lalande, Marc-Antoine Charpentier (1643-1704) was something of an outsider to the French court of Louis XIV, which helps to explain his comparative obscurity. A period of study in Rome doubtless gave Charpentier exposure to the polychoral style long-established from the time of Gabrieli, and this recording presents the triple-choir Salve Regina alongside the opulent Messe à quatre chœurs – written for four separate choirs, with a large continuo team of four organs, four theorbos, bass viol and great bass viol! The possibilities opened up by such a wealth of musicians engender music which seems as close to the proverbial “choir of the angels of heaven” as could be desired. 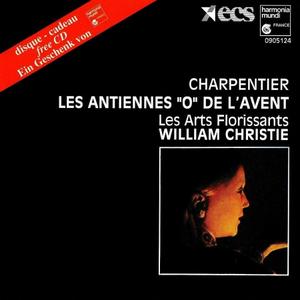 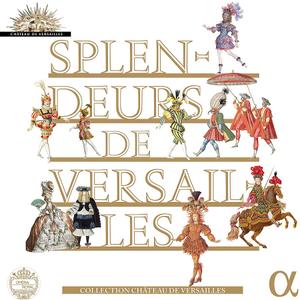 Versailles: its court, its atmosphere and its music… So many splendours emblematic of a monument with an incomparably rich history. The works associated with the palace have travelled down the centuries and today represent a precious part of our heritage. In this ten-CD set, Alpha retraces the musical life of the unique and luminous universe of Versailles. Le Poème Harmonique, Café Zimmermann, Capriccio Stravagante and many others invite themselves into the company of Jean-Baptiste Lully, Marc-Antoine Charpentier and Jean-Henry d’Anglebert and share with us for a few hours the sumptuous concerts that made Versailles a place like no other. 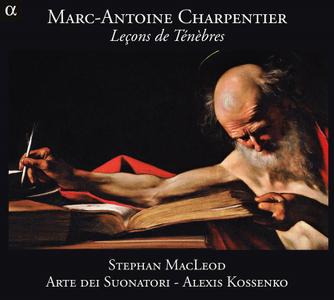 The performances on this lovely album of vocal and instrumental music by Marc-Antoine Charpentier make it a recording that should delight the composer's fans and anyone who loves the music of the Baroque. Listeners should be warned that the packaging and even the composer's titles create expectations of music of a very different character from what is actually presented. The three Leçons de Ténèbres of the title, scored for bass and chamber orchestra, refer to baleful texts taken from the Lamentations of Jeremiah describing the fall and abasement of Jerusalem, and were written for services on Wednesday, Thursday, and Friday of Holy Week, the darkest days in the Christian liturgical calendar. This is another absolute gem, in which Herve Niquet and his ensemble, Le Concert Spirituel, show sparkling variety. (Classic CD) 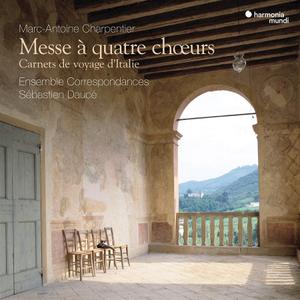 An Italian travel diary. Paris, 1665: a young composer leaves the Saint-Michel district to embark on a journey to Rome. The journey promises to be a long one, its stopovers rich in encounters for Charpentier. On this new recording, Sébastien Daucé invites us on an imaginary recreation of that voyage of initiation, from Cremona (Merula) to Rome (Beretta), by way of Venice (Cavalli) and Bologna (Cazzati). A journey in space, but also in time, through the sources of inspiration of a composer whose future works were to recall the colours of Italy – as the magnificent Mass for four choirs testifies. 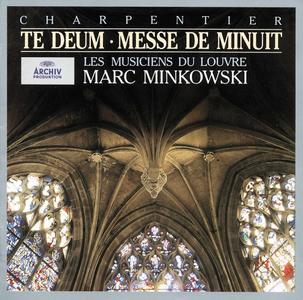 Marc-Antoine Charpentier (1643-1704) was a French composer who was a contemporary of Louis XIV. Charpentier created liturgical works full of grace and energy, using great imagination for his musical settings. This is very much evident in the selections for this recording, the TE DEUM and the MESSE DE MINUIT. The first one is a joyously triumphant interpretation of the thanksgiving text, using eight soloists, chorus and orchestra, including three trumpets, something unusual for the times. 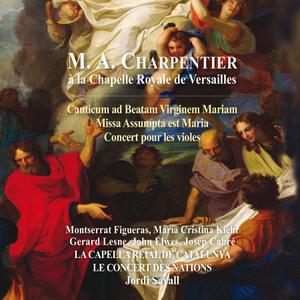 It was 1988, and at that time the vast majority of Charpentier’s works were still accessible only via the original sources, so we had to rely on microfilms of the composer’s complete works collected in the twenty-eight manuscript volumes known as “Meslanges”. Poring over the manuscript pages on the screen of our microfilm reader, I studied and selected the works for the programme on the basis of the original texts. 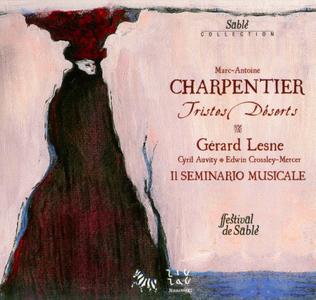 Marc-Antoine Charpentier's (1643-1704) deeply soulful vocal works are among the most immediately appealing pieces of the middle Baroque. He had a gift for grateful, lyrical vocal writing that's expressively expansive and avoids the patterned clichés that sometimes hobble music of that era. This collection features a variety of works, including songs, a cantata, and a short opera-like scene in the form of a motet, Epithalium Carpenterij, that's quite unlike anything else in the musical repertoire. It's a wickedly funny tombeau, or musical memorial tribute, which Charpentier writes in his own honor. 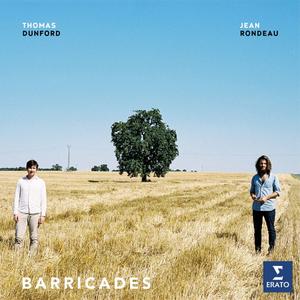 Both of us have grown up with this music from the cradle of our earliest infancy; […] It is music that allowed us to become what we are, while at the same time encouraging us to question things constantly. […] Now, playing the music – because, as we all know, we play rather than make music – has become a part that each of us plays, played here as a double act. Each one for himself, with his instrument as a crucible, and at the same time each of us for the other, since after all we are engaged in a performance.