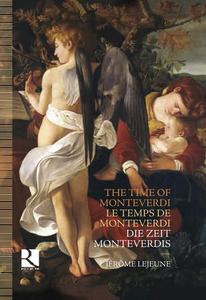 The successor to Music in Europe at the time of the Renaissance, this second volume in our History of Early Music is devoted to the music of the first part of the Baroque period in Italy, from the Florentine Camerata and the first operas to the heirs of Monteverdi; it was at that time that the freedom of structure characteristic of the beginning of the 17th century began to give way to the first traces of formalism. This period covers almost an entire century, beginning with the performances of La Pellegrina mounted in Florence in 1589 and ending with the final operas of Francesco Cavalli in the early 1670s. The sacred and the profane mingled and met during this period, which also saw the birth of accompanied monody, opera and oratorio, virtuoso performance and the sonata; it is precisely this same mix that we see in the Nativity by Caravaggio that appears on the cover of this set. The musical expression of this Baroque aesthetic is the subject of Jérome Lejeune’s accompanying dissertation. 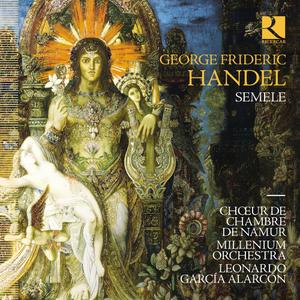 Semele is a masterpiece. For what else can one call a drama in which the perfect symbiosis of text and music conjures up such suggestive power? ‘To hold the mind, the ears and the eyes equally spellbound’: this recommendation by La Bruyère (Les Caractères: ‘Les ouvrages de l'esprit’) refers to the ‘machine plays’ so adored by the public in the Baroque period. But even without machinery or indeed without sets or real staging, Handel’s oratorio involves us in the tragic fate of his heroine with supreme skill. 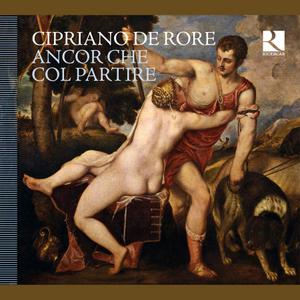 The works of Cipriano de Rore (1515/16 – 1565) remained extremely popular until well after his death. Several of his madrigals later appeared in dozens of ornamented versions and continued to do so until the beginning of the 17th century; this was an extraordinary success for the time. 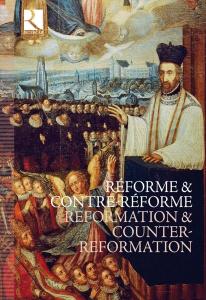 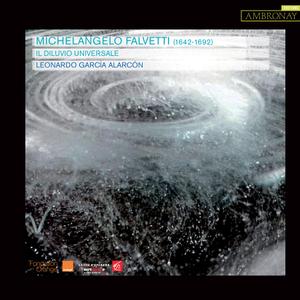 Leonardo García Alarcón's 2011 recording of Michelangelo Falvetti's 1682 oratorio Il Diluvio Universale is a reminder, if one were needed, that there are untold treasures of Baroque repertoire waiting to be discovered. The story of The Flood is told economically, but with enough peculiar diversions from the Biblical story to keep listeners on their toes about what's going to happen next. There are personifications of Divine Justice, Human Nature, Water, Fire, Land, and Death (a smugly self-satisfied character who sings a triumphant, gleeful little gigue once humanity has been wiped out). 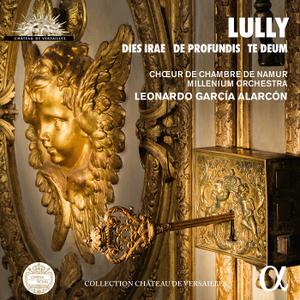 Although Lully never held any post in the Chapelle du Roi, his influence on the development of the grand motet, so emblematic of the Grand Siècle, was of decisive importance. He wrote imposing motets celebrating the glory of God and the King for the great ceremonies at court. Of the many royal funerals, that of Queen Marie-Thérèse in 1683 was among the most grandiose. Lully’s Dies iræ and De profundis were sung there. But his most celebrated motet was undoubtedly his Te Deum, which rang out for the first time in 1677 and became the king’s favourite. In 1687 Lully directed it once again, but struck his foot violently with the heavy walking stick he used to beat time. The wound became infected and the gangrene gradually spread, causing the surintendant’s death on 22 March. Such was the tragic destiny of the man who was capable of conveying the most brilliant glory but also all the anguish of death in the same vein of grandeur. 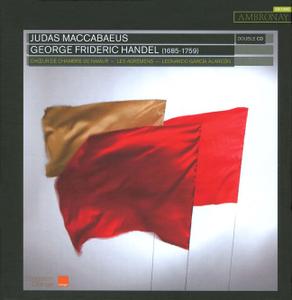 For English-speaking audiences who don't mind their Handel sung by sometimes heavily accented non-native speakers, this version of Judas Maccabaeus is hard to beat. Argentinean conductor Leonardo García Alarcón leads the exemplary ensembles Choeur de Chambre de Namur and Les Agrémens in an exceptionally spirited account of the score that effectively erases any taint of its reputation as starchy favorite of amateur Victorian choral societies. His rhythms are crisp and his tempos impetuous, as is appropriate for the martial subject matter, but his phrasing is also gorgeously shapely and the lyrical numbers are rendered with sumptuous sensuality and flexibility. The brilliance of the performance is amplified by the very resonant and richly ample sound quality, which allows the voices, both choral and solos, to be heard to their best advantage, bright yet warm, with a ringing, exhilarating clarity. 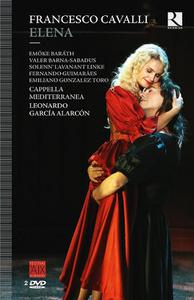 The slaying of Abel by his brother Cain was one of the favourite subjects of the 18th century Italians, at the time when the oratorio was having a phenomenal success in Rome and Venice. It was most probably in one of the palaces of the “Serenissima”, and not a church, that Scarlatti first performed this astonishing “sacred entertainment”, worthy of a “verismo” opera, in 1707… God and Lucifer confront each other in the very soul of Cain, his brother’s voice is heard from heaven, and the “spatial” treatment of the tonal levels all contribute to the effectiveness of what is almost expressionistic music – there is nothing left out of this incredible Baroque Biblical “thriller”!