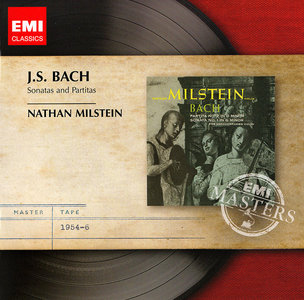 The late Nathan Milstein’s 1975 stereo remake (DG mid-price) was his own preferred version of these pillars of the violin repertoire with which he had been so associated since his youth in Odessa. But his (broadly faster) mid-Fifties New York account, now remastered and restored by EMI, was a famous yardstick of its time – a grandly phrased, aristocratically structured, Romantically resonant statement to treasure beside Menuhin and Heifetz. These are epic virtuoso performances justifying Milstein’s view that with this music the performer could ‘bask in the most glamorous light’. Stylistically, purists will object to their expressive liberty and gesture. But few will be able to resist their artistry or intensity of delivery. 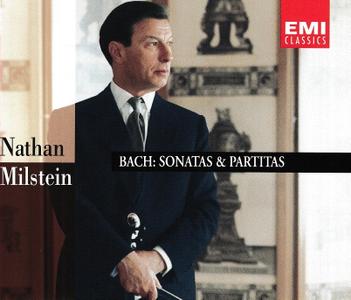 Nathan Milstein plays these magnificent pieces with patrician elegance, easily overcoming their all-but-insurmountable difficulties. His burnished tone has a warmth like that of mahogany, and his fine fingerwork and flawless bowing make for an assured connection of ideas. In the Chaconne to the D minor Partita–which can make even a very good violinist sound overmatched and inept–he zeroes in with the sort of concentration one usually sees in chess champions. Here, as elsewhere in the cycle, Milstein projects not only the music's emotive force, but Bach's grand architecture as well.