VA - Forbidden But Not Forgotten: Forbidden Music During the Third Reich (2015) 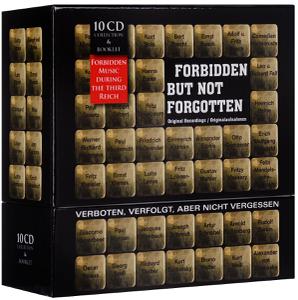 National Socialism had devised its own notion of the value of German art and culture. This was ruthlessly put into practice when the Nazis took over power in 1933. The more than 175 "degenerate" recorded musical items in this extraordinary 10-CD box set, 'Forbidden But Not Forgotten', relate to the shocking consequences due to that "cleansing". The burning of the Reichstag (7th April) provided the pretext for the prosecution of all who held other political opinions, for the burning of books (10th May) whose authors were on the index of disfavoured and banned writers, for the law that amended entry to the civil service (7th April) that excluded all non-Aryans and led to wholesale dismissals of Jews, especially in orchestras, the administration, among singers, conductors and instrumentalists. By means of the exhibitions "Degenerate Art" (Munich, 1937) and "Degenerate Music" (Düsseldorf, 1938) art and artists who were now to have no place in Nazi Germany were pilloried. 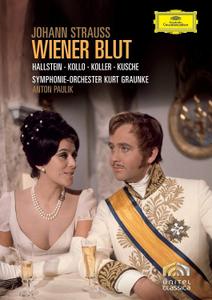 In one of Johann Strauss' waltzes, a dream operetta couple of the 70s returns: Ingeborg Hallstein and Rene Kollo. Wiener Blut, filmed in 1971, is a thoroughly Viennese production whose strengths guarantee unadulterated operetta enjoyment: Beautiful voices, natural acting, more committed to the film than the opera stage and a cast of operetta stars even in supporting roles: Among others, Dagmar Koller, Ferry Gruber and the unforgettable Viennese original Fritz Muliar can be seen and heard. 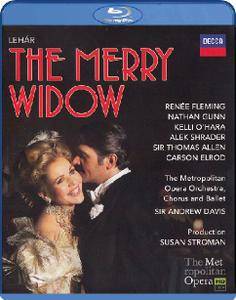 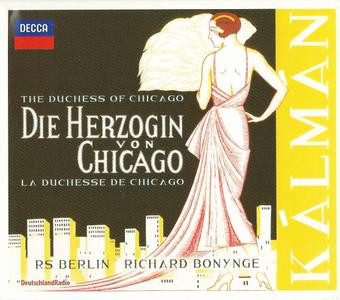 This is an excellent spoof/satire of all things American with a side swipe at impoverished European royalty and the operetta genre to boot. Deborah Riedel is absolutely magnificent both in her acting and her singing. Her intentional horribly bad American accent in German is absolutely hilarious and is exactly the way so many Americans speak German although never so completely and swiftly. Yet when she sings, her German, of course, is impeccable and unaccented for, after all, she is an opera singer and will go only so far to dumb down. 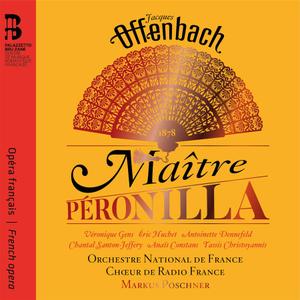 There is more Spain in Offenbach’s brain than in Spain itself’, said a journalist entranced by Maître Péronilla. Understandably so, given the charm and humour of this operetta in which no fewer than twenty-two characters are kept busy unravelling a preposterously complicated love story. And the libretto is all the better for having been penned by the composer himself. 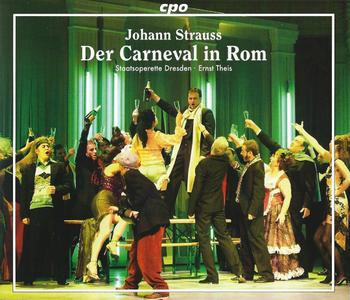 Johann Strauss Junior’s second operetta, Der Carneval in Rom, premiered in 1873 only one year before Die Fledermaus, and while the music is enjoyable enough, with several nice tunes, there is little in the score to presage the gorilla blockbuster soon to come. For one thing, Strauss wrote the music in the more romantic style of light opera because the work was originally scheduled to be mounted at the Vienna court opera, a place of more serious mien than the Theater an der Wien, then the home of the comic-oriented Viennese operetta.