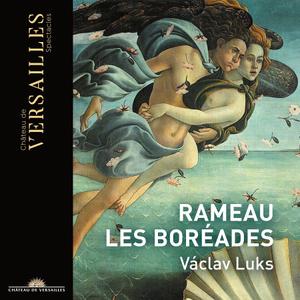 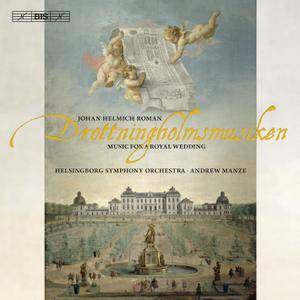 Composed for the 1744 celebrations at Drottningholm Palace of the marriage between the Swedish crown prince Adolf Fredrik and Lovisa Ulrika of Prussia, Johan Helmich Roman's Drottningholm Music is a key work in Swedish art music. Consisting of 24 individual movements, it forms an inventory of short pieces suitable for providing the proper musical ambience for the royal celebrations, which took place over four days. As befitted the occasion, the character of the music is buoyant and witty, and when the atmosphere occasionally veers away from the carefree, it is towards a graceful melancholy rather than grief or pain. This also conforms to the spirit of the time, as does the style of the music itself: varied and brimming with ideas, but never weighed down by dry learnedness or disproportionate displays of emotion. Roman had spent formative years in London in the 1710s, and in the 1730s made a long journey throughout Europe, absorbing the new, ‘galant' currents in music. Although by 1744 he was suffering from failing health, he was at his peak as a composer, and in this sparkling and joyful music he demonstrates both his innate talent and the impressions gathered from music by composers such as Sammartini and Leonardo Leo. 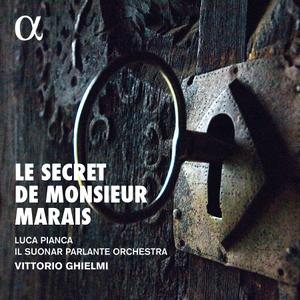 Between 1680 and 1728, Marin Marais brought the pièce de viole to the peak of perfection. An ‘unremitting’ teacher, he was also the publisher of his own music and invented special signs to notate certain ornaments for the viol. In the course of his research at the Salzburg Mozarteum, the Italian gambist Vittorio Ghielmi studied these manuscript codes, in the hand of Marais himself or his direct students. ‘This led me to a new vision of French Baroque music, which applies not only to the viola da gamba, but also to vocal and orchestral music. These signs reveal the technique of playing in action. 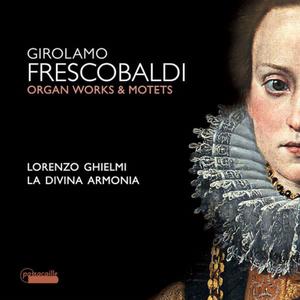 The Monteverdi contemporary Girolamo Frescobaldi (1583-1643) is now unfortunately almost exclusively seen as an important and influential composer of works for keyboard instruments, but he also composed both sacred and secular vocal music throughout his entire creative period. 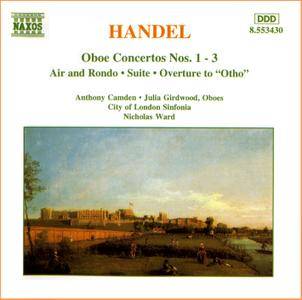 Anthony Camden, for years principal oboe of the LSO, here makes a very welcome solo appearance on disc, playing with typical point and style, using his attractively reedy tone. The regular oboe concertos are well supplemented by the Suite in G minor as edited by Camden, where he is joined by the prize-winning Julia Girdwood on the second oboe. The Otho Overture too features prominent roles for oboes in duet. Ward and the City of London Sinfonia are sympathetic accompanists using modern instruments. First-rate sound from All Saints, East Finchley. 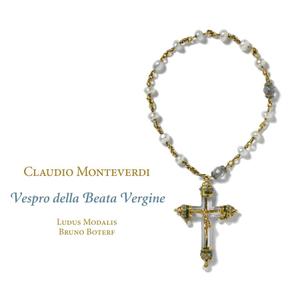 The present recording constitutes more than just a new version of the Vespers. It is the first recording of the Vespers in the alternative version proposed by the composer, without concertato instruments. It reveals the underlying matrix of the work we all know, the ‘original version’ to which Monteverdi added concertato instruments for use in large-scale performances. Respecting the structure of the Office of Vespers, Ludus Modalis has chosen to frame the psalms with the antiphons corresponding to a Marian ceremony. 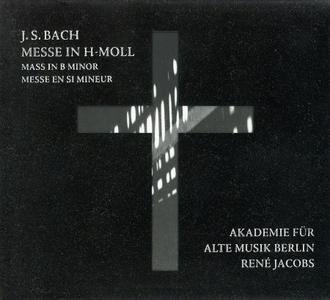 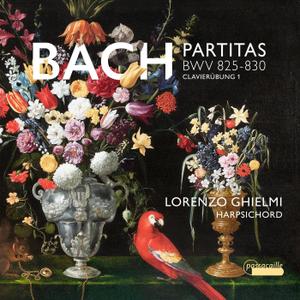 He teaches old music at the Accademia Internazionale della Musica in Milan and at the "Schola Cantorum Basiliensis" in Basel. He was professor in Trossingen and at the Hochschule für Musik in Lübeck too. Ghielmi also played with Ensemble Il Giardino Armonico (in the first recordings). Ghielmi combines his concert activities with a Musicology. He has published works by Girolamo Frescobaldi. 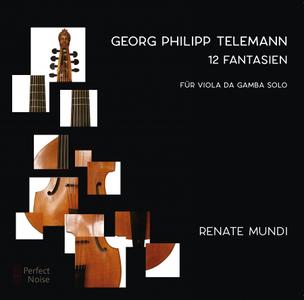 The idea for this CD developed during a recording of the Fantasy No. 7, and quickly established its own momentum. What began as a spontaneous thought experiment soon demanded fulfilment, and morphed swiftly into the desire to take part in the reawakening of this music. What followed was months of intensive dialogue with, and examination of, the 12 Fantasies by Telemann. Having first studied modern cello Renate Mundi discovered her passion for baroque music, and for the viola da gamba in particular. Her enthusiasm for the special characteristics of the instrument, as well as her interest in source studies, including the search for undiscovered scores, was fostered by Prof. 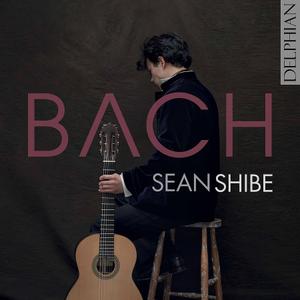 Three years as a Delphian artist have seen Sean Shibe record music from seventeenth-century Scottish lute manuscripts to twenty-first-century works for electric guitar, picking up multiple editor's choices and award nominations for each release, as well as the Royal Philharmonic Society's prestigious Young Artist of the Year accolade. Now he turns to the music of J. S. Bach, with three works whose obscure early performance history belies their status as repertoire staples for modern guitarists. 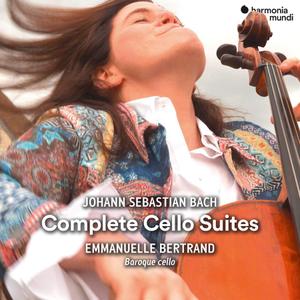 Recording Bach's six Cello Suites realized Emmanuelle Bertrand's most cherished dream. Her performance here features an exceptional instrument, built by Carlo Tononi in Venice in 1730. This cello, with it's deep and powerful sound, has been set up in 'Baroque' style (with gut strings and bow to match). In Bertrand's hands it proves to be the perfect choice for tackling one of the most impressive monuments in all western music. 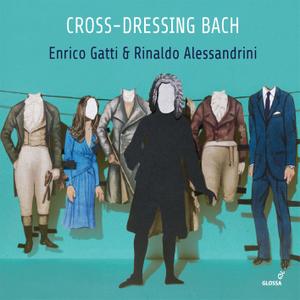 The musical partnership of violinist Enrico Gatti and harpsichordist Rinaldo Alessandrini now goes back a number of decades to when this pair of Italians, both with a voracious appetite for early music, were setting out on their careers. The years pass and both artists make fabulous recordings, often directing their own ensembles. 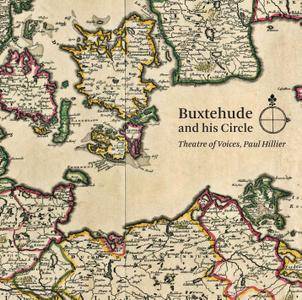 Theatre of Voices, Paul Hillier - Buxtehude and his Circle (2016)
Dietrich Buxtehude - Christian Geist - Nicolas Bruhns - Franz Tunder - Kaspar Förster
EAC | FLAC | Image (Cue&Log) ~ 347 Mb | Mp3 (CBR320) ~ 180 Mb | Artwork included
Genre: Classical, Baroque | Label: Dacapo | # 6.220634 | Time: 01:15:31
Dietrich Buxtehude was not only the greatest organ virtuoso of his time and a celebrated composer of both sacred and secular music; he was also a highly enterprising and innovative artist with a unique ability to form networks around himself. This CD, conceived by Theatre of Voices and Paul Hillier, gives a rare insight into the circle around Buxtehude – a musical circle of time, place, friendships, teacher-pupil relationships and even family ties; a network of excellent composers from northern German musician families, all of whom worked in or migrated to Scandinavia in the course of the 1600s.
Theatre of Voices Paul Hillier Dietrich Buxtehude Christian Geist Nicolas Bruhns Franz Tunder Kaspar Förster Classical Baroque CD-Rip FLAC MP3 Lossless
Details 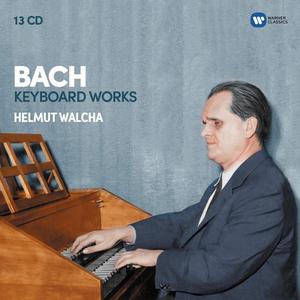 “One of the great interpreters of J. S. Bach,” was the New York Times’ description of the German organist and harpsichordist Helmut Walcha (1907-1991). His “intuitive grasp of the composer’s mind and intentions” was noted by The Guardian, while Gramophone judged that “his coherence and inner logic as a Bach interpreter remain unsurpassed.” Walcha’s recordings of Bach’s major solo keyboard works, performed on the harpsichord, are gathered together in this superb 13-CD collection. 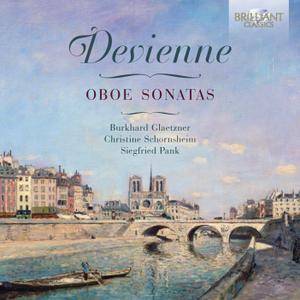