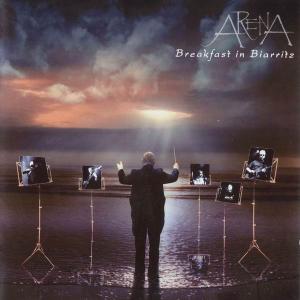 A live album recorded during the "Immortal?" tour by this excellent neo-prog band. Recorded at the Paradiso, Amsterdam, in Holland, Oct. 2000. The performances are very faithful to the original tracks, with little room for enhancement, deviation, or extension. 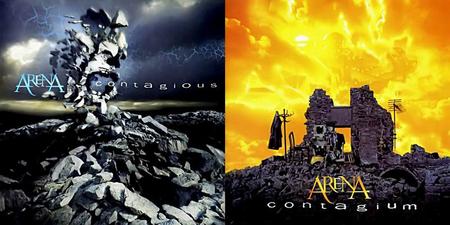 Contagious [EP] (2003). One of the most interesting items from the “Contagion” tour merchandising is this EP, entitled “Contagious”, a reasonably necessary complement to the LP. This CD includes four brand new songs, and a remix of “Witch Hunt”. In short, a brief but interesting release, a must for any Arena and Nolan collector. And don't forget another great artwork job by David Wyatt.
Contagium [EP] (2003). “Contagium” is the second and last EP to follow British progressive rock band Arena’s early 2003 studio album “Contagion”. Just like “Contagious”, the second EP that was released mid 2003, this mini album contains tracks that complete the conceptual story and musical journey of the full album, supplemented by a special remix. 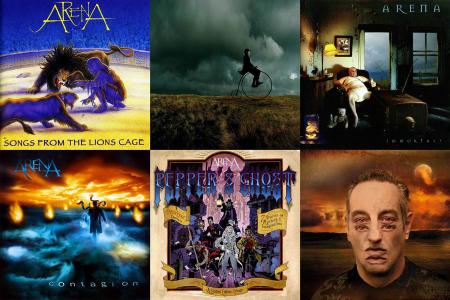 The gathering of Arena's famous musicians makes a super-group: Mick Pointer (Ex-Marillion) plays the drums, Clive Nolan (Pendragon) the keyboards, and Keith More (Asia) played the guitar until replaced by John Mitchell (Ex-Kino). Vocalist Rob Sowden has been with the band since Immortal? and the bass player is Ian Salmon. There have also been some guest appearances by Tracy Hitchings (singer of Quasar, Strangers on a Train & Landmarq) and Steve Rothery (Marillion's gifted guitarist).
"Songs From The Lion's Cage" is then a very professional Progressive rock, both close to Marillion and hard-rock. "Pride", their second opus issued in 1996 (one year after the previous one) confirmed the high musical level of this band, at a time when they added a touch IQ to their music… 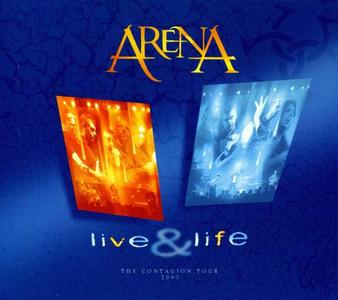 Spanning the majority of their releases but largely focused on their Contagion album, Live & Life was recorded during their Contagion Tour and consists of a mix of audio from numerous shows rather than one single concert. On the first disc of this double live set they play the album Contagion almost in its entirety. Though some of the original's abstract magic is lost, this powerful rock star rendition recorded has a charm of its own! Rob Sowden shines throughout with vocals that mach the atmosphere of the original, whilst opening up registers of vocal strength on some major powerful moments. The guitars sound thicker and grittier, the keyboards are a bit more to the background the rythm section is playing in a higher gear throughout… 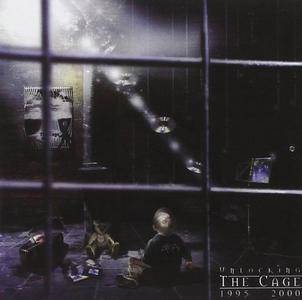 Arena, a band who knows what it means to satisfy their fans. Arena has a fanatic fanclub: The Cage. Arena makes regular CD's just to be had for their members. "Unlocking the Cage" is the third one in this tradition. This disc gives a good view of the evolution of Arena over the five years.
The album opens with “Enter”, an instrumental atmospheric piece written by Clive to be used as the intro for “Moviedrome”, the track with which Arena would start it’s show. Deadcertain to be asked back on stage the band rehearsed “Encore medley” which contains loads of big immortal riffs…