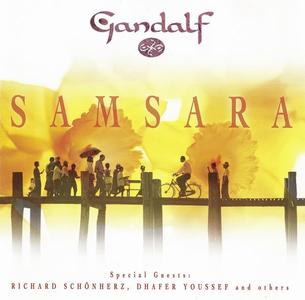 Hein Strobl is an Austrian new age multi-instrumentalist (proficient at piano, percussion, guitar, and synthesizer), and has issued countless albums on a steady basis since 1980 under the alias of Gandalf. Taking his name from the good-hearted wizard in J.R.R. Tolkien's trilogy Lord of the Rings, Gandalf's work often reflects his love of nature, as well as his commitment to preserving the environment (while his music has been compared to such other artists as William Ackerman, Rick Wakeman, Shadowfax, Enya, and Mike Oldfield over the years). His first few albums - 1980's Journey to an Imaginary Land, 1982's To Another Horizon, and 1983's Magic Theatre - contained a definite prog rock edge, before adding such instruments as flutes and saxophones to the equation and heading in a more new age-ish direction…