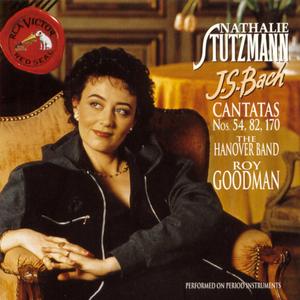 Nathalie Stutzmann is regarded as one of the most remarkable musical personalities of our time and one of a few genuine contralto voices. 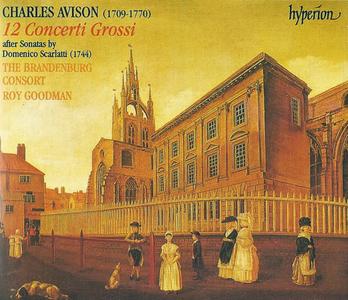 In the days before composers were protected by copyright laws, publishers, players, and other composers could steal whatever music they liked and pass it off as their own. Some of them, however, were slightly more honest, and others, like Avison, both honest and commercially astute. Scarlatti's 30 keyboard sonatas created a sensation when they were published in England. So Avison took them and arranged them as concertos for strings, thereby bringing the music to a wider public. 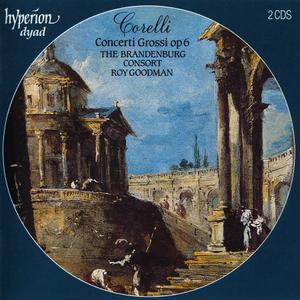 Corelli's Op. 6 contains two types of concerto, one termed da chiesa, the other da camera. The first eight concertos of the set belong to the former category, while the remaining four, of a less ostensibly serious character, belong to the second. Sometimes the differences are little more than terminological since there are, for instance, several clearly dance-orientated movements among the da chiesa concertos. The Brandenburg Consort give an affectionate and stylish account of these works…The playing is full of vitality and also responsive to the satisfying sounds inherent in Corelli's rich ripieno textures. The concertino group of two violins and cello also comes over effectively, providing that balanced contrast between small and larger units of sound.

Artaxerxes, premiered in London in 1762, was the first full-length opera seria sung in English. It proved a great success and helped to revive the fortunes of Thomas Arne, whose career had been in the doldrums. The opera featured his new protégée and mistress Charlotte Brent in the role of Mandane and Arne lavished attention on her music. Mandane’s arias and those of the hero Arbaces provide many of the opera’s high points, with their rich orchestrations, virtuoso vocal parts and captivating tunes. Though based on the Handelian model, Artaxerxes shows both Arne’s talent at the later galant style and his penchant for folk-like, pastoral airs. The results are mostly a delight (if a tad lightweight for the libretto’s blood ’n’ thunder deeds), with a variety of attractive arias further enhanced by Arne’s deft use of woodwind. Christopher Robson in the title role and Catherine Bott, thrilling as Mandane, head a fine team of singers: my only complaint is that Patricia Spence’s forceful Arbaces too often slips into shrill and strident mode. 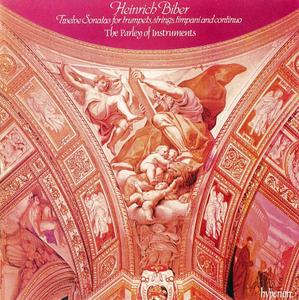 For much of the Baroque period, there was no useful distinction between orchestral and chamber music. All music, unless performed in church or on some festive occasion, was cultivated in the home, and even the concertos of Vivaldi and Bach rarely require more than a dozen people for an adequate performance. These "sonatas," which consist of single movement compositions with several linked sections, variously employ violins, violas, trumpets (and drums), cellos and continuo instruments (harpsichord, organ, lute). Biber had a unique ability to come up with catchy tunes and arrange them in formally satisfying way. The music is brilliant and consistently engaging. So are these performances. 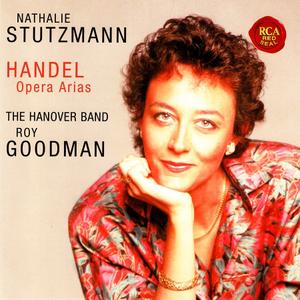 The contralto Nathalie Stutzmann was not yet 30 years of age when she made this extraordinarily dramatic recording of arias from Handels Italian operas. It showcases her impressive depth of tone, a voice of tremendous indeed, in these days, almost unrivalled projection that inevitably brings to mind the great contraltos of yore from Clara Butt to Marian Anderson. Stutzmann was, and remains, however, an entirely modern artist, who has continued to innovate in her choice of repertoire and musical partners. 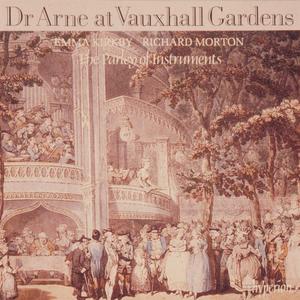 Dr Thomas Arne was a real tunesmith, and this charming collection shows him at his best. Although Arne was heavily influenced by Handel (what Englishman of his generation could avoid this?) he was his own man, and no slavish plagiarist; something that needs to be said of an era, before binding copyrights, when even the great Handel could stoop to this level! It is known that Arne also admired the music of the Venetian Galuppi who visited London in the 1740s. The enchanting 'the Lover's Recantation', sung here beautifully by Emma Kirkby, will remind anyone familiar with Galuppi's comic operas of that composer's style. 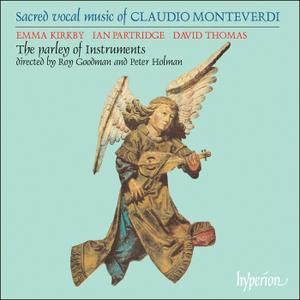 There are few records of Monteverdi's solo vocal music as persuasive as this…the performances are outstanding, with the edge of Emma Kirkby's voice attractively presented in an aptly reverberant acoustic. The title is irresistible, and the compilation is clever. This disc includes duets and arias from the five operas - Alessandro, Admeto, RiccardoPrimo, Siroe and Tolomeo - that Handel wrote for the last three seasons of his opera company, the Royal Academy of Music, from 1726 until 1729. It was a time when those real-life rival queens (they were known by that label), the sopranos Francesca Cuzzoni and Faustina Bordoni, trod the boards in the King's Theatre, Haymarket. It is by no means all jealous fury either. As one would expect of a composer of such subtle insight into character, there are other carefully nuanced emotions in this music. Yes indeed, the Divine Miss Em has still got it. It was the late 1970s when Emma Kirkby first became the leading diva of the early-music revival. More than 20 years on, as this disc of mostly lesser-known Handel treats demonstrates–a follow-up to volume I–Kirkby remains a spectacular Handel singer. The pure tone, control over vibrato, astonishing agility, and immaculate delivery that made her world famous are all still in place; if anything, two decades of experience have made her even more brave and imaginative in the way she embellishes a da capo aria. It must be said that Kirkby also retains a somewhat restricted palette of vocal color. As Ted Perry of Hyperion Records has put it, "She sounds like a nice person, and she is." The greater part of Handel's working life as a composer was devoted to writing and performing operas. In many ways this was the genre to which he owed his international renown: performances during his period of study in Venice won him an audience far greater than could be expected in London. Italian opera reached England around 1710, and the staging of Rinaldo in 1711 confirmed Italian as the language of the future for such ventures. This exciting recording from Emma Kirkby presents nine arias, from nine of the most enduring of Handel's Italian operas, alongside four overtures.