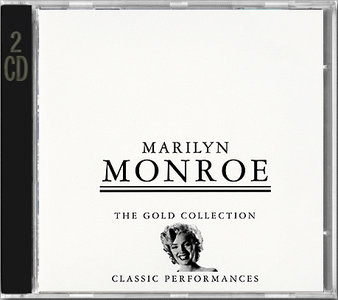 Marilyn Monroe was not much of a recording artist per se, but she sang in many of her motion pictures. This European two-CD set presents dialogue and musical performances drawn directly from the soundtracks to the movie musicals Ladies of the Chorus, Gentlemen Prefer Blondes, The River of No Return, and There's No Business Like Show Business. She also sings briefly in non-musicals Niagra, Bus Stop, and The Prince and the Showgirl, plays "Chopsticks" in The Seven Year Itch, and exchanges witticisms with Groucho Marx in Love Happy; and there are a few stray non-movie song recordings. The second half of the second disc is taken up by miscellaneous recordings, not all of them musical, including a TV commercial, the presentation of several awards (she says, "Thank you"), radio sketches with Edgar Bergen and Jack Benny, and Monroe's appearances in Korea (singing "Diamonds Are a Girl's Best Friend") and at the 1962 birthday party for President Kennedy at which she sang "Happy Birthday". 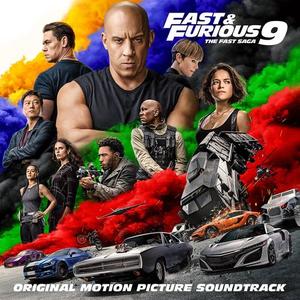 The star-studded musical companion to the long awaited ninth chapter in one of the most popular motion picture series of all time. It includes all brand-new songs from a truly epic line-up of rising stars and chart-topping Latin and hip-hop / R&B luminaries. Among the artists featured are Don Toliver, Lil Durk, Skepta, Pop Smoke, Offset, Trippie Redd, Kevin Gates, King Von, Ty Dolla $ign, Jack Harlow, RZA, The Prodigy, Anitta, Rico Nasty, and NLE Choppa, to name but a few. 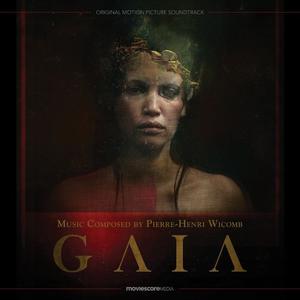 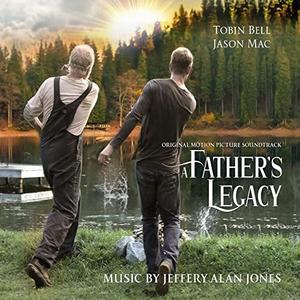 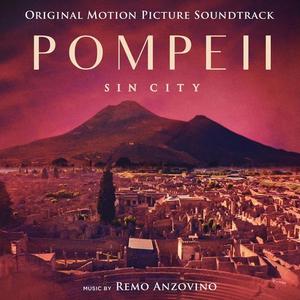 Remo Anzovino - Pompeii - Sin City Soundtrack (2021)
FLAC tracks | 57:40 | 269 Mb
Genre: Classical Soundtrack / Label: Sony Classical
From the start of the score for Pompeii-Sin City by composer Remo Anzovino.it is apparent that one is listening to a work that oozes quality and a great artistic stature. The compositions are superbly melodic and contain haunting phrases and nuances that develop and build into subtle but affecting tone poems. The composer fashions a work that has many musical faces, each being expressive and vibrant in their own way.
soundtrack Sony Classical FLAC Classical English ost Pop Soundtrack Live Language neutral 2020 2021 Soundtracks Television Soundtrack Any Lossless
Details 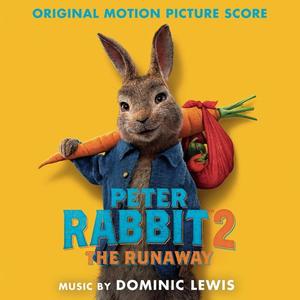 Dominic Lewis - Peter Rabbit 2: The Runaway (Original Motion Picture Score) (2021)
FLAC tracks / MP3 320 kbps | 36:25 | 201 / 84 Mb
Genre: Classical Soundtrack / Label: Sony Classical
Peter Rabbit is a 2018 3D live-action/computer-animated comedy film, based upon the character of the same name created by Beatrix Potter, directed by Will Gluck, and co-written by Gluck and Rob Lieber.
A sequel, Peter Rabbit 2: The Runaway, was released in Australia on March 25, 2021, in the United Kingdom on May 17, 2021, and in the United States on June 11, 2021.Dominic Alexander Charles Lewis is a British film and television composer. He first worked on various music departments for film projects before transitioning into more solo work starting with Free Birds. His other credits includes The Man in the High Castle, DuckTales and Peter Rabbit.
soundtrack Sony Classical FLAC Classical MP3 320 CBR ost Pop Soundtrack Live 2020 2021 Soundtracks Television Soundtrack Any Lossless
Details

Mark Korven - Them (Music from the Amazon Original Series) (2021) 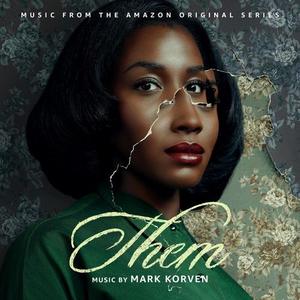 Mark Korven - Them (Music from the Amazon Original Series) (2021)
FLAC tracks / MP3 320 kbps | 51:01 | 117 / 253 Mb
Genre: Soundtrack / Label: Milan
Mark Korven is a Toronto based composer for film and television. He is best known for his work on the 2016 period Horror film THE WITCH, which won the best director award at the 2015 Sundance festival for director Robert Eggers, and went on to earn $40 million at the box office.
soundtrack Soundtracks MP3 320 CBR Live Pop ost Soundtrack Milan 2020 MP3 FLAC English Any Lossless 2021
Details

Mark Mothersbaugh - The Mitchells vs The Machines Soundtrack (2021) 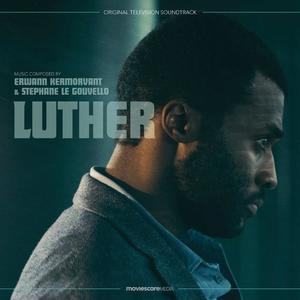 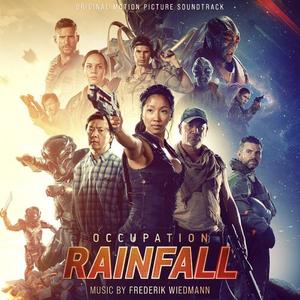 Frederik Wiedmann - Occupation : Rainfall Soundtrack (2021)
FLAC tracks | 1:25:14 | 425 Mb
Genre: Soundtrack / Label: Kaleido Sound
It’s every composer’s dream to be called up one day “Hey, I like your work in [insert your past work] very much, I’d love for you to score my upcoming film”, and the film turned out to be a rather awesome one, and the director who cold-called you was an amazingly talented one.
soundtrack Soundtracks ost Pop Soundtrack Live 2020 2021 FLAC English Any Lossless
Details 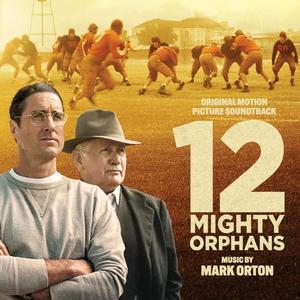 Mark Orton - 12 Mighty Orphans Soundtrack (2021)
FLAC tracks / MP3 320 kbps | 52:07 | 120 / 262 Mb
Genre: Soundtrack / Label: Milan
12 Mighty Orphans tells the true story of the Mighty Mites, the football team of a Fort Worth orphanage who, during the Great Depression, went from playing without shoes—or even a football—to playing for the Texas state championships. Over the course of their winning season these underdogs and their resilient spirit became an inspiration to their city, state, and an entire nation in need of a rebound, even catching the attention of President Franklin D. Roosevelt. The architect of their success was Rusty Russell, a legendary high school coach who shocked his colleagues by giving up a privileged position so he could teach and coach at an orphanage. Few knew Rusty's secret: that he himself was an orphan. Recognizing that his scrawny players couldn't beat the other teams with brawn, Rusty developed innovative strategies that would come to define modern football.
soundtrack Soundtracks MP3 320 CBR ost Pop Soundtrack Milan 2020 MP3 FLAC English Lossless 2021
Details 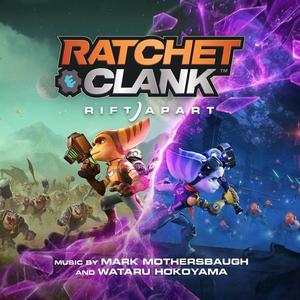 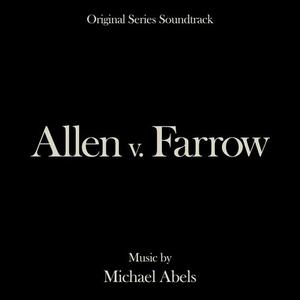 Michael Abels - Allen v. Farrow Soundtrack (2021)
FLAC tracks / MP3 320 kbps | 1:13:45 | 288 / 166 Mb
Genre: Soundtrack / Label: Lakeshore Records
Abels’ score deftly reflects both the haunting and emotional moments as well as the happier memories in this unflinching documentary utilizing strings, piano and clarinet.Allen v. Farrow is a four-part documentary series that goes behind decades of sensational headlines to reveal the private story of one of Hollywood’s most notorious and public scandals: the accusation of sexual abuse against Woody Allen involving Dylan, his then seven-year-old daughter with Mia Farrow; their subsequent custody trial, the revelation of Allen’s relationship with Farrow’s daughter, Soon-Yi; and the controversial aftermath in the years that followed. Once celebrated for their on and off-screen partnership, Farrow and Allen’s lives were irrevocably fractured and their sprawling family torn apart with the public disclosure of the abuse allegations and the vitriolic disputes that followed.
soundtrack Soundtracks MP3 320 CBR ost Pop Soundtrack Live 2020 2021 FLAC English Any Lossless Lakeshore Records
Details

Lin-Manuel Miranda - In The Heights Soundtrack (2021) 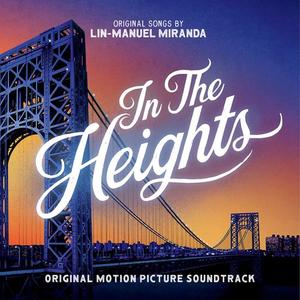 Lin-Manuel Miranda - In The Heights Soundtrack (2021)
FLAC tracks / MP3 320 kbps | 1:11:14 | 459 / 164 Mb
Genre: Soundtrack / Label: Atlantic Records
The heights referred to in the title of the Broadway musical In the Heights is Washington Heights, a neighborhood in Upper Manhattan adjacent to the George Washington Bridge largely occupied by working-class Hispanics, many of them from the Dominican Republic and other islands in the Caribbean. Lin-Manuel Miranda, who stars in the show and is also given a credit for conceiving it as well as writing the songs, clearly knows the neighborhood intimately. When, at one point, a character reminisces about the subway trains, the IRT 1 and 9, that serviced the area, his character, Usnavi, quickly points out that the 9 has been discontinued.
soundtrack Soundtracks MP3 320 CBR ost Pop Soundtrack Live 2020 2021 FLAC English Atlantic Records Any Lossless MP3
Details 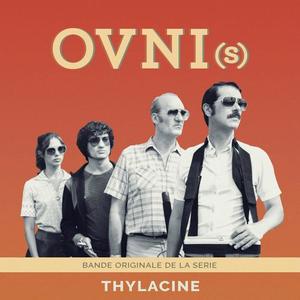 Thylacine - OVNI(s) (Bande originale de la série) (2021)
FLAC tracks | 52:35 | 330 Mb
Genre: Soundtrack / Label: Milan
THYLACINE is the scientific name of the Tasmanian wolf, a species that became extinct 70 years ago. A precious word that French musician William Rezé has chosen to tame so as to incarnate his progressive and vaporous electronica. Each individual track is imbued with a singular flavour and reveals the breadth of the artist’s cross-influences: from repetitive music pioneers – such as Steve Reich or Philip Glass – to John Zorn’s jazz experimentations and Massive Attack’s trip-hop. THYLACINE’s music combines the cadenced and melancholic techno of Paul Kalkbrenner with the aerial melodies of Moderat or Four Tet.
soundtrack Soundtracks Milan Pop ost Soundtrack Live 2020 2021 FLAC English Any Lossless
Details
Publication archive