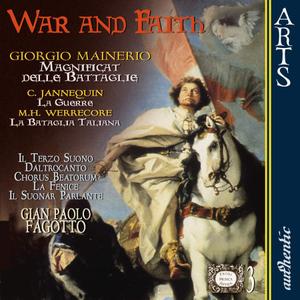 War and Faith: a coupling that was not only related to Crusaders but to many aspects during the Renaissance and the early Baroque. And both War and Faith had a common denominator in the music. This disc tries to reconstitute the music which escorted warriors before, during and after two of those battles which stained Europe with blood in the 16th century. 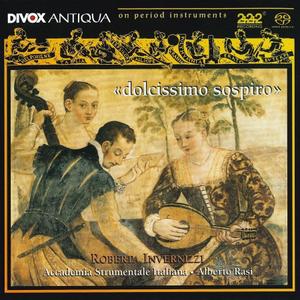 Italian late Renaissance composer Giulio Caccini (1551-1618) was not only one of the most famous composers of his time but also an exceptionally gifted singer. "Dolcissimo sospiro" presents a fine selection of strophic arias and madrigals from Caccini's "Nuove Musiche". Singer of those "sweetest sigh", Roberta Invernizzi, is one of the most sought-after sopranos in the field of Early Music. The Accademia Strumentale Italiana, an ensemble specializing in Early Music, has performed extensively in Italy, Spain, Belgium, Switzerland, Austria and Germany and has been invited to several international festivals. This recording received the Midem Award for the Best Recording of Early Music in 2007. 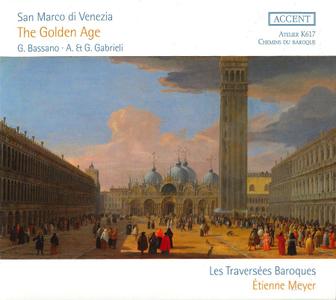 It is well known that in Venice a "Golden Age" of compositional, vocal, and instrumental musical creativity and virtuosity emerged, and then flourished during the mid-1500s to the mid-1700s. The 16th century experienced a substantial development in the cappella ducale of Saint Mark's, which, until the end of the 17th century, remained the leading center of musical activity in the city. Evidence of this comes from the profusion of significant musicians that it received in that "Golden Age": either as maestri di cappella, or as organists (Claudio Merulo, Andrea and Giovanni Gabrieli), or as virtuoso instrumentalists (the cornet player Giovanni Bassano). Claudio Merulo and Andrea Gabrieli played a decisive role in the simultaneous emergence of Venetian keyboard and stile concertato music.