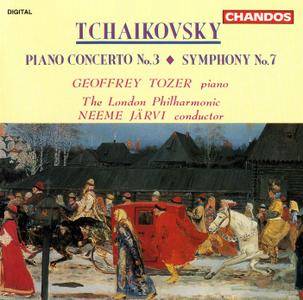 The Tchaikovsky Piano Concerto No. 3 is rarely heard, though it is a finely crafted work worth greater attention. It has suffered alongside the magnificent and superior Second and the ever-popular First. Moreover, it is not a bona fide concerto at all, the composer having completed only the first movement before his sudden death in 1893. Contrary to the suggestion of a few, it is highly unlikely he intended to produce a one-movement concerto. Tchaikovsky wrote two other piano pieces the same year bearing the titles "Andante" and "Finale," respectively. Following his death, Taneyev orchestrated these and attached them to the Concerto, though Tchaikovsky had left no indication they were to be a part of it. But the pair did share something in common with the completed first movement: a theme source – the incomplete Symphony No. 7. In any event, the opening movement of this Concerto is the most compelling, featuring an exuberant main theme whose first two notes are the central melodic element. An attractive slow melody is soon presented, followed by a theme of great vivacity and rhythmic drive.

The London Philharmonic Orchestra - Us And Them: The Symphonic Music Of Pink Floyd (1995) 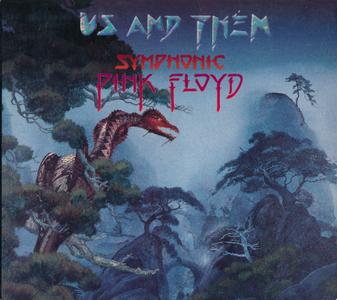 Us and Them: Symphonic Pink Floyd is an instrumental album of Pink Floyd songs. The album was arranged by Jaz Coleman, produced by Youth and performed by the London Philharmonic Orchestra conducted by Peter Scholes. The album cover was painted by Roger Dean who is known for his organic paintings. He also designed albums for Asia, Uriah Heep, and Yes. The album, which features six songs taken from The Dark Side of the Moon released in 1973 and three from The Wall released in 1979, peaked at number one in the Billboard Magazine Top Classical Crossover Albums chart.