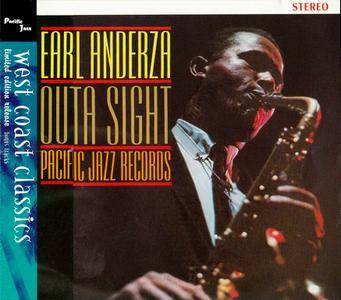 It is a pity that this 1998 CD reissue (which includes the original liner notes) says nothing about what ever happened to Earl Anderza. The date (which has its original eight selections augmented by "I'll Be Around" and two previously unheard alternate takes) was the altoist's only one as a leader, and he has been little heard from since. Anderza's style, while influenced to an extent by Charlie Parker and Jackie McLean, was also touched a little by Eric Dolphy. Standards mix with originals; the oddest aspect of the set is that pianist Jack Wilson switches to harpsichord (not a good move!) on a couple of the numbers. The support by either George Morrow or Jimmy Bond on bass, plus drummer Donald Dean, is subtle and swinging. Earl Anderza clearly deserved better than the total obscurity he found. 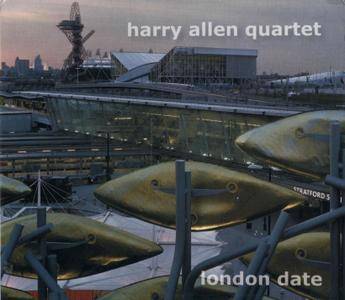 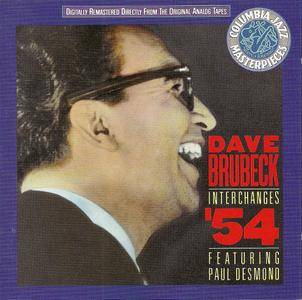 This excellent CD reissues the LP Brubeck Time plus half of Red Hot and Cool. One of the few early studio (as opposed to club) recordings by the early Dave Brubeck Quartet (this version has bassist Bob Bates and drummer Joe Dodge in addition to pianist Brubeck and altoist Paul Desmond), the fine unit performs nine standards plus three new compositions: "Stompin' for Mili," "Audrey" (dedicated to Audrey Hepburn) and Brubeck's classic, "The Duke." 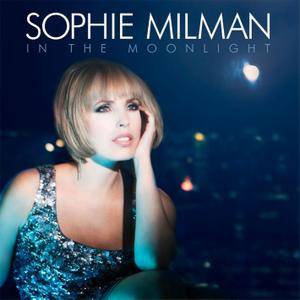 Widely regarded as one of Canada's best jazz singers, Russian-born, Toronto-based vocalist Sophie Milman changes tact slightly for her fourth studio album, In the Moonlight. The twinkling piano chords, shuffling, brushed stroke rhythms, and gentle brass instrumentation which defined her previous output are still very much in evidence, but having traveled to New York to record with producer Matt Pierson (Jane Monheit, Michael Franks), the Juno Award winner has capitalized on the opportunity to expand her sound by inviting a string ensemble on board for the first time in her career. However, avoiding the temptation to smother the timeless, smoky, jazz bar arrangements in layers of bombastic layers of strings, the pair only use their newly recruited musicians sparingly and when needed, with only the Duke Ellington standards "Prelude to a Kiss" and "Day Dream," and the Umbrellas of Cherbourg number "Watch What Happens" offering anything more than the occasional orchestral flourish. 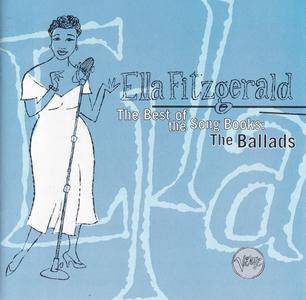 Though her career stretched from the '30s to the '80s and she's widely considered possibly the greatest female jazz singer or all time, Ella Fitzgerald will probably forever be best known for a mid-'50s collection of albums collectively called the Songbooks, where she devoted entire albums to the works of such composers as Harold Arlen, Cole Porter, and Duke Ellington. THE BEST OF THE SONGBOOKS: THE BALLADS is one of the many compilations based on these recordings, and one of the best. From its beautiful, informative packaging to its gorgeously remastered sound, this 16-track, 64-minute collection treats the material with the respect it deserves. The material, of course, is first-rate, wall-to-wall standards from Johnny Mercer's wistful "Laura" to Ellington's sly "Do Nothin' Til You Hear From Me." Fitzgerald's performances are equally outstanding, as are the mostly big-band arrangements. This is as good as jazz ballad collections get. 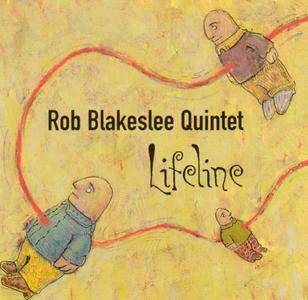 The opening ensembles of "Just off the Avenue" at first make it sound as if this is going to be a conventional hard bop quintet date, but that feeling is quickly dispelled. The music becomes progressively freer, and after a fairly straight-ahead trumpet solo from leader Rob Blakeslee (who contributed the five originals), pianist Tad Weed takes the music outside, where it remains during Vinny Golia's baritone solo before the band swings its way out. All five selections are lengthy and they often go in unexpected directions. 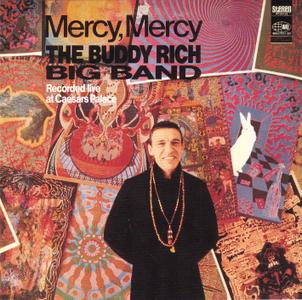 This CD reissue brings back the finest all-round recording by Buddy Rich's big band. The original version of "Channel 1 Suite" is a classic and contains tenor saxophonist Don Menza's most memorable solo, plus a couple of brilliant improvisations from the explosive drummer/leader. Another highlight is an inventive Phil Wilson arrangement of "Mercy, Mercy, Mercy," and even "Alfie" (a melodic feature for altoist Art Pepper) and "Ode to Billie Joe" come across well. 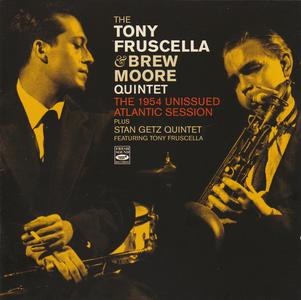 Never before released in any format! These recordings are among the rarest treasures in jazz, unseen and unheard since Atlantic produced them in 1954, and their release can be considered an event for all the jazz community. This was a relaxed and easy session, essentially valuable for the musicians involved, trumpeter Tony Fruscella (1927-1969), and tenor Brew Moore (1924-1973), most particularly for the former, who died at 42. 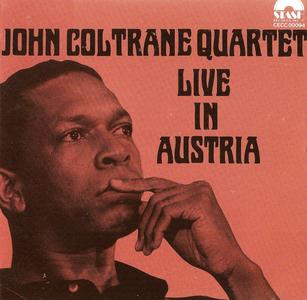 This release presents the classic John Coltrane Quartet’s long unavailable 1962 concert in Graz, Austria. This recording comes from historical tapes. Although the sound quality is very good throughout, some small tape imperfections are noticeable, especially during “Impressions”. Every effort has been made to restore them using advanced technologies, but a few couldn’t be corrected without affecting this important music. 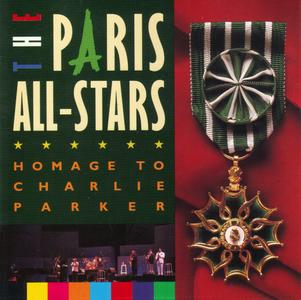 The city of Paris celebrated bop and the spirit of Charlie Parker with several days of all-star concerts in 1989, highlighted by this performance featuring eight giants who either played with the late alto saxophonist or built upon the foundation of his contributions, though the repertoire doesn't draw exclusively from Parker's recordings. The concert was led by trumpeter Dizzy Gillespie, with alto saxophonists Phil Woods and Jackie McLean, tenor saxophonist Stan Getz, vibraphonist Milt Jackson, pianist Hank Jones, bassist Percy Heath, and drummer Max Roach. Egos are never apparent as the men joyfully support one another and no one goes out of his way to showboat during a solo. 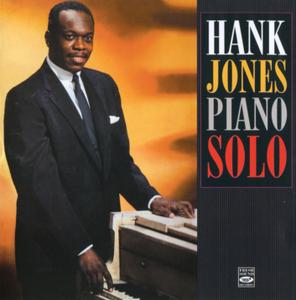 Savoy jazz director, Ozzie Cadena, was the first a&r man to give Hank Jones the amount of record time he deserved. In addition to Jones’s steadying presence as a sideman on many sessions, Cadena saw to it that he was finally brought before a wider audience than at any previous point in his career. This time Cadena chose to present him as a solo performer, an inspired choice, since Jones is a complete jazz pianist in that he can be his own rhythm section if he has to. 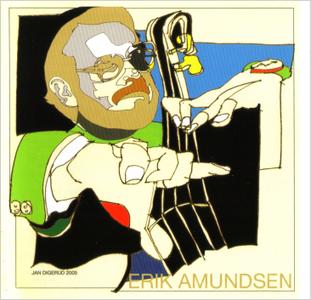 Erik Amundsen - Portrait Of A Norwegian Jazz Artist (2006) 2CDs
XLD | FLAC | Tracks (Cue&Log) ~ 741 Mb | Mp3 (CBR320) ~ 344 Mb | Scans ~ 20 Mb
Label: Gemini Records | # GMOJCD 9909/10 | Time: 02:30:26
Maintsream Jazz, Swing, Cool, Bop, Hard Bop, Post-Bop
Erik Amundsen (1 February 1937 – 22 February 2015) was a Norwegian jazz bassist from Oslo. Amundsen debuted in 1954 within the trio of his brother Arvid Amundsen and within Atle Hammer Sextet. Throughout the 1950s he played within Karl Otto Hoff Trio, Eilif Holm Quartet and released an album with Mikkel Flagstad in 1956. In the 1960s he was involved in European All Stars in Berlin (1961) and was awarded the Buddyprisen in 1962. Amundsen ble nærmest selvsagt på landets jazz-utgivelser, med Karin Krog, Bernt Anker Steen, Erik Andresen, Laila Dalseth, Magni Wentzel, Bjørn Johansen, Jan Berger and Bjarne Nerem. He played regularly at the Metropol Jazz Centre in Oslo, including with international greats such as Bud Powell. After a stroke in 2002, he has not been able to play. In 2006 he was honored by a concert at the club Cosmopolite in Oslo. Almost forty tunes from his work can be heard on the album Portrait of a Norwegian Jazz Artist (2006).
Erik Amundsen Jazz Maintsream Jazz Swing Cool Bop Hard Bop Post-Bop lossless FLAC MP3 CD-Rip + Scans Compilation
Details 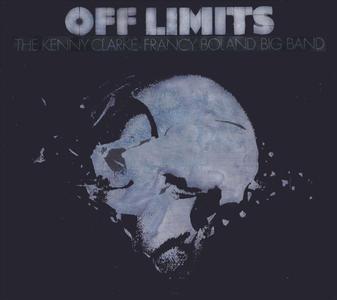 The Clarke-Boland big band, always a superb group, outdoes even themselves on this outing. They always played with an infectious sass and swagger; here, they sound positively on fire. These arrangements, although filled with Francy Boland's characteristic brilliance, have more "crossover" influence, with musical shouts, squawks, snarls and some funk in the writing. At times I'm reminded of some of the 70's work of the Don Ellis band, although the CBBB is much better. This is also the last recorded performance of lead alto sax player Derek Humble. What a loss to jazz music his passing was. 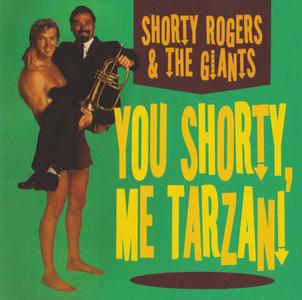 Assembled is the rare percussive soundtrack to Tarzan the Ape Man that featured the likes of Bud Shank, Bob Cooper, Frank Rosolino and other famed West Coasters. Said Shorty: "At first, I was slightly apprehensive when MGM approached me to write and record the soundtrack for a Tarzan movie, but I needn't have concerned myself. They just said, make it exciting with plenty of drumming, and left me alone to get on with it. So I approached it as if I was really making a new Giants album, which is what it really was. I don't want to sound discourteous, but the album we made was much better that the actual movie". Also included is an equally rare 'live' appearance by the Big Band version of the Giants from an appearance on the TV show the Stars of Jazz.