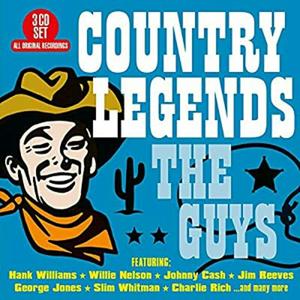 As the title suggests these 3 CDs are crammed with some of the greatest Country singers ever, performing their best known songs. This survey includes the finest examples of Country, Western, the Nashville Sound, Western Swing, Hillbilly and so much more. 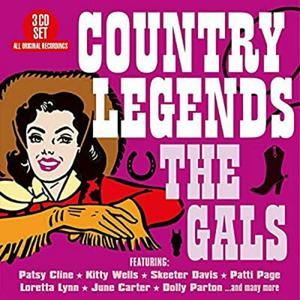 3 CDs packed with some of the best known Country singers from the 1930s through to the 1960s, including so many memorable songs that have become standards and are being covered by the new breed of Country stars of today. 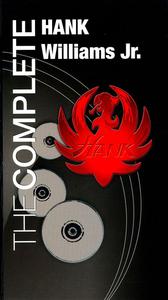 To be fair, the title of The Complete Hank Williams, Jr. is disingenuous, since three discs are hardly enough space to cover his complete recordings or even his complete recordings for Curb Records. So, forget the title and concentrate on the music, which is a distillation of his decade-long stint at Curb. Granted, these ten years found Williams coasting to a certain extent, relying more on his superstar status than pushing his music forward, but that doesn't mean that the music itself is weak. There are a few cuts that don't quite measure up with the best of his work, but there's little arguing that the compilers have done an excellent job of rounding up the highlights from these uneven years, resulting in an exhaustive survey of Williams' latter-day work that will be useful for fans that want to dig deep yet don't want to invest in his entire catalog. 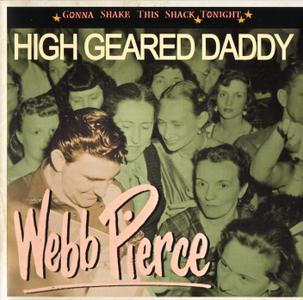 Honky tonk represented the first truly modern push in country music, and its poster boy was, of course, the haunted and tragic Hank Williams, but it could easily be argued that Webb Pierce, with his Nudie suits and big cars, his 96 charting singles (13 reached the top spot on the charts), and his love/hate relationship with the Nashville music establishment, did even more to present an identifiable and long-term face for honky tonk and the modernization of country. 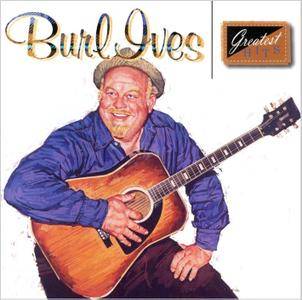 Gen X-ers will instantly recognize Burl Ives's voice from his appearance as a rotund snowman in the animated TV classic Rudolph the Red Nosed Reindeer. But more mature listeners should remember that Ives was a key figure in the folk explosion of the '50s. His pop handling of traditional tunes brought him great success, and this CD collects some of his best. A few tracks, like a swinging "Blue Tail Fly," complete with Andrews Sisters-style background singing, may seem anathema to the folk aesthetic, but that's splitting hairs. If nothing else, this is exceedingly friendly music, and there's nothing wrong with that. 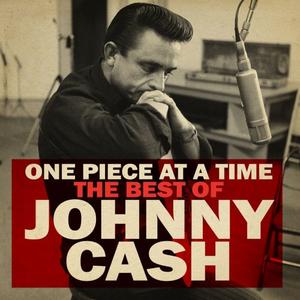 Johnny Cash - One Piece at a Time: The Best of Johnny Cash (2020)
FLAC tracks | 02:09:11 | 725 Mb
Genre: Country, Folk / Label: Columbia Nashville
Born in Arkansas to poor cotton farmers, Cash rose to fame in the prominent country music scene in Memphis, Tennessee, after four years in the United States Air Force. Cash was known for his deep, calm bass-baritone voice, the distinctive sound of his Tennessee Three backing band characterized by train-like chugging guitar rhythms, a rebelliousness coupled with an increasingly somber and humble demeanor, free prison concerts, and a trademark, all-black stage wardrobe, which earned him the nickname "The Man in Black". He traditionally began his concerts by simply introducing himself, "Hello, I'm Johnny Cash," followed by his signature song "Folsom Prison Blues".
Johnny Cash
Details 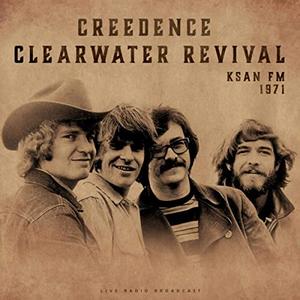 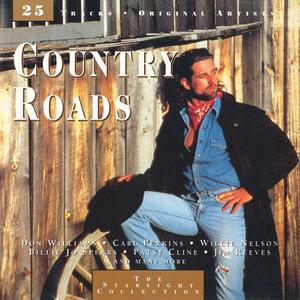 Frankie Miller - A Friend Remembered: My Tribute to George Jones (2020) 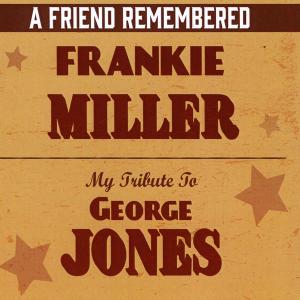 Frankie Miller - A Friend Remembered: My Tribute to George Jones (2020)
FLAC tracks | 34:18 | 203 Mb
Genre: Country, Folk, Rock / Label: Heart of Texas Records
Having collected Frankie Miller's records since the late 1950's here in Britain, he's never once turned out a bad record totally reliable for 'Pure Traditional Country' with a voice that holds you to his every word. Many Country Singers along the way sold out to 'Commercial Pop Country'. but Frankie has stayed true to the cause. This is a brilliant album presented by a great singer who treats every song with that wonderful traditional feeling in his voice.
Frankie Miller
Details 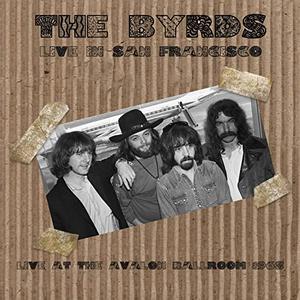 The Byrds - Live In San Francisco (Live) (2020)
FLAC tracks / MP3 320 kbps | 1:04:11 | 387 / 149 Mb
Genre: Country, Rock, Folk / Label: Code 7 Distribution
The Byrds were an American rock band formed in Los Angeles, California in 1964. The band underwent multiple lineup changes throughout its existence, with frontman Roger McGuinn (known as Jim McGuinn until mid-1967) remaining the sole consistent member. Although they only managed to attain the huge commercial success of contemporaries like the Beatles, the Beach Boys, and the Rolling Stones for a short period in the mid-1960s, the Byrds are today considered by critics to be nearly as influential as those bands. Their signature blend of clear harmony singing and McGuinn's jangly twelve-string Rickenbacker guitar was "absorbed into the vocabulary of rock" and has continued to be influential.
The Byrds
Details 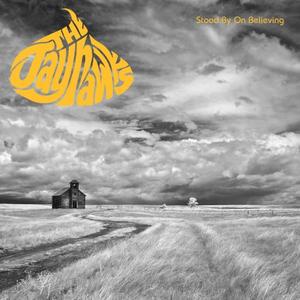 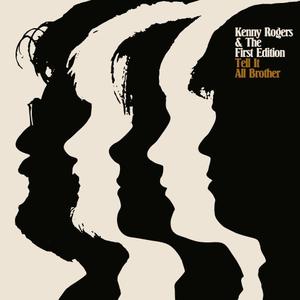 Kenny Rogers & The First Edition - Tell It All, Brother (2020)
FLAC tracks | 00:30:11 | 182 Mb
Genre: Country / Label: HHO
Kenny Rogers & the First Edition's "Greatest Hits" contains all of the group's greatest hits, including "Ruby, Don't Take Your Love to Town" and "Just Dropped In (To See What Condition My Condition Is In)," plus a number of lesser-known singles. Though the group didn't have enough strong material to make the compilation consistently entertaining, this single-disc collection is nevertheless the definitive retrospective of Rogers' early years.
Kenny Rogers & The First Edition
Details 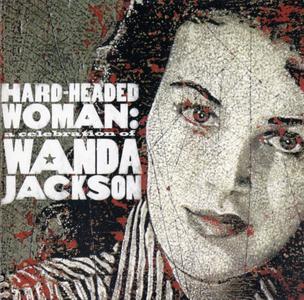 Nick Tosches once famously described Wanda Jackson as "the greatest menstruating rock & roll singer whom the world has ever known," and while he doubtless chose those words for comic effect, the nervy crudity is not entirely inappropriate. At her best, Wanda Jackson sounded wild and ravenously sensual in a way that few artists dared in the mid-'50s, especially not female vocalists, and sides like "Let's Have a Party," "Hot Dog! That Made Him Mad," and "Fujiama Mama" run neck in neck with Jerry Lee Lewis or Billy Lee Riley for sheer frenzied rockabilly energy. 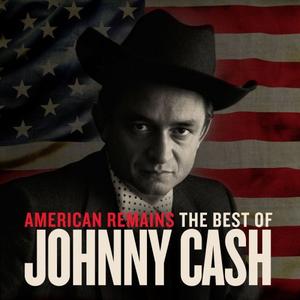 Johnny Cash - American Remains: The Best of Johnny Cash (2020)
FLAC tracks | 01:35:23 | 531 Mb
Genre: Country, Folk / Label: Columbia Nashville Legacy
In the end, few of these musicians embody a style on their own. Personalities beyond the boundaries of the genre in which history usually ranks them. The Elvis, The Miles, and of course the Johnny Cash ! Although he remains one of the gods of country music, he was also inseparable from the history of rockabilly, rock'n'roll, folk and even gospel. Cash was a voice (baritone out of the norm) but also a pen that signed masterpieces like I Walk the Line, Folsom Prison Blues, Ring of Fire, Get Rhythm or Man In Black, The Man In Black as he will be nicknamed throughout his life. A life begun on February 26, 1932 in Kingsland, Arkansas, and sparse with themes as Imperial as redemption, pain, love and death. A career engaged in the company of guitarist Luther Perkins and bassist Marshall Grant, aka The Tennessee Two. In 1954, the trio crossed the road of the great producer Sam Philips, "discoverer" of a certain Elvis Presley.
Johnny Cash
Details 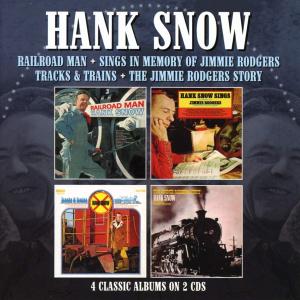 The four albums brought together for this double CD release present Hank Snow at his traditional best, covering titles from the Jimmie Rodgers songbook and tales of railroads and trains, both subjects dear to the singer’s heart.