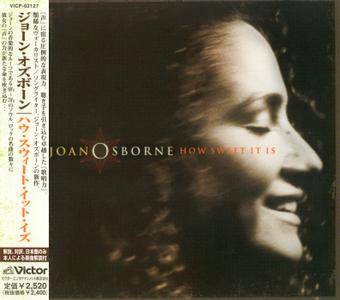 While 1995's Relish proved Joan Osborne was a smart and idiosyncratic lyricist with a big, strong and soulful voice, the unexpected success of the album (and the single "One Of Us") proved to be as much of a burden as a blessing. Touring kept Osborne out on the road for the next few years, and troubles with her record company prevented her follow-up, Righteous Love, from arriving in stores until 2000, after which it died quickly on the vine (though the album deserved a better fate). As Osborne was blocking out plans for her next album in the fall of 2001, the terrorist attacks of September 11 upended her musical priorities, and for How Sweet It Is, Osborne has indulged herself in the musical equivalent of comfort food by cutting covers of a dozen classic soul and R&B tunes from the 1960s and '70s, with the exception of three reworked rock numbers (Dave Mason's "Only You Know and I Know," the Band's "The Weight," and Jimi Hendrix's "Axis: Bold As Love").

Counting Crows - August and Everything After (1993) [Analogue Productions, Remastered 2013] 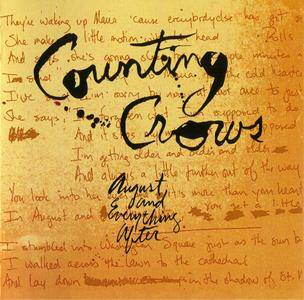 
Counting Crows put in the gigging hours during the early days of the band, and it paid off. By the time they signed to Geffen in 1993, they had already built up a significant fanbase. Their debut, August and Everything After, produced by T-Bone Burnett, was released later the same year and became an unexpected multi-platinum hit, partly as a result of the successful single "Mr. Jones". 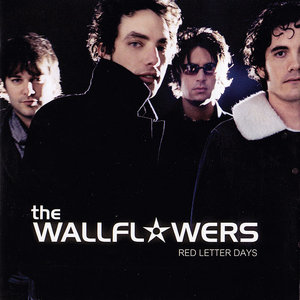 The Wallflowers' long-awaited third album, Breach, was a strong, confident record that demonstrated clear growth from Jakob Dylan as a songwriter and The Wallflowers as a band. Thing is, everybody ignored it. Critics wrote it off and the large audience Bringing Down the Horse attracted shunned it, leaving the band in an awkward position of having to prove themselves yet again with their fourth album, Red Letter Days. The first striking thing about the album is that its production is a clear reaction to the failure of Breach. Glistening where its predecessor had a semblance of grit, this is a polished mainstream rock record, designed to win back listeners who loved the band by hearing "One Headlight" on the radio repeatedly. Dylan has adjusted his songwriting slightly, too, playing up the hooks and the melodies, which is hardly selling out. Even so, it's hard not to wish that the album had a bit more of the quirks and muscle that gave Breach its backbone. 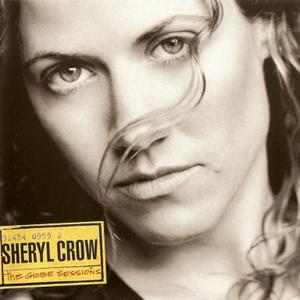 Since her dense, varied, postmodernist eponymous second album illustrated that Sheryl Crow was no one-album wonder, she wasn't left with as much to prove the third time around. Having created an original variation on roots rock with Sheryl Crow, she was left with the dilemma of how to remain loyal to that sound without repeating herself on her third album, The Globe Sessions. To her credit, she never plays lazy, not when she's turning out Stonesy rockers ("There Goes the Neighborhood") or when she's covering Dylan (the remarkable "Mississippi," an outtake from Time Out of Mind). However, she has decided to abandon the layered, yard-sale production and pop culture fixations that made Sheryl Crow a defining album of the mid-'90s. The Globe Sessions, instead, is the work of a craftswoman, one who knows how to balance introspective songs with pop/rockers, one who knows how to exploit her signature sound while becoming slightly more eclectic. 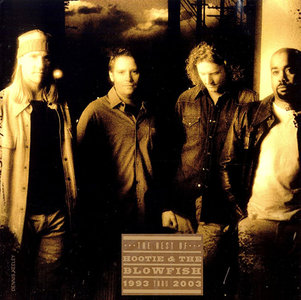 Hootie & the Blowfish never were cut out to be superstars. They were meant to be the best band at the local bar. They were ordinary guys, and they played ordinary music, the kind that could be heard in any college town on the East Coast or Midwest during the early '90s when the local bar wasn't having grunge night. It was the ordinariness of the music on their 1994 debut, Cracked Rear View, that connected with millions of American listeners – they sounded like everybody's favorite local band. Once they were superstars, their bubble burst fairly quickly as the 1996 follow-up sold considerably fewer than the debut, and by the end of the decade, they had settled into a reliable routine of turning out modest records and touring steadily, without many people outside of their core fans noticing. Their popularity might have declined, but as the 2004 Atlantic/Rhino compilation The Best of Hootie & the Blowfish (1993 Thru 2003) illustrates, their music changed very little over the course of the decade, nor did the quality of their music decline. 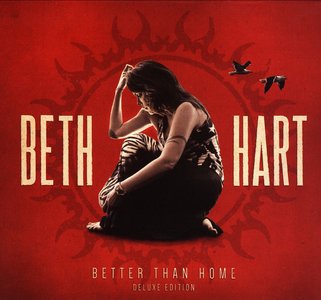 Separating from producer Kevin Shirley for the first time in three records, Beth Hart chose to work with Rob Mathes and Michael Stevens for 2015's Better Than Home. A change in producers helped Hart change direction, letting her depart from the down-and-dirty blues belting she specialized in throughout her time with Shirley, reconnecting slightly to her singer/songwriter beginning while emphasizing deep soul roots. Despite opening with the tight Memphis groove of "Might as Well Smile," most of the album is grandly introspective – majestic brooding ballads with a clear debt to early Elton John. 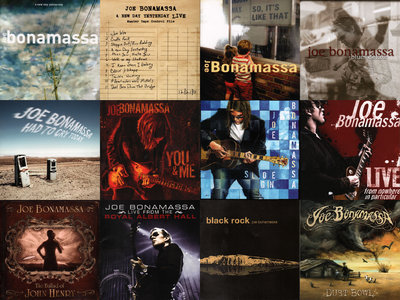 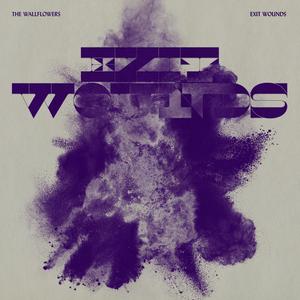 Rock ‘n’ roll is often hard to define, or even to find, in these fractured musical times. But to paraphrase an old saying, you know it when you hear it. And you always hear it with The Wallflowers. For the past 30 years, the Jakob Dylan-led act has stood as one of rock’s most dynamic and purposeful bands – a unit dedicated to and continually honing a sound that meshes timeless songwriting and storytelling with a hard-hitting and decidedly modern musical attack. That signature style has been present through the decades, baked into the grooves of smash hits like 1996’s Bringing Down the Horse as well as more recent and exploratory fare like 2012’s Glad All Over. But while it’s been nine long years since we’ve heard from the group with whom he first made his mark, The Wallflowers are silent no more. 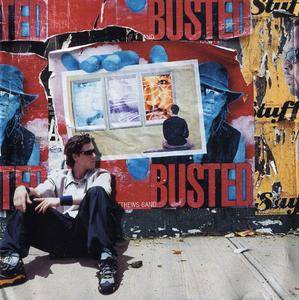 The Dave Matthews Band may not have released the Lillywhite Sessions – the semi-legendary soul-searching album recorded in 2000 but abandoned in favor of the heavy-handed, laborious Glen Ballard-produced Everyday – but they couldn't escape its shadow. Every review, every article surrounding the release of Everyday mentioned it, often claiming it was better than the released project – an opinion the band seemed to support by playing many numbers from the widely bootlegged lost album on tour in 2001. Since they couldn't run away from the Lillywhite Sessions, they decided to embrace it, albeit on their own terms. They didn't just release the album, as is. They picked nine of the best songs from the sessions, reworked some of them a bit, tinkered with the lyrics, re-recorded the tunes with a different producer (Stephen Harris, a veteran of post-Brit-pop bands like the Bluetones, plus engineer on U2's All That You Can't Leave Behind), added two new songs, and came up with Busted Stuff, a polished commercial spin on music widely considered the darkest, most revealing work Matthews has yet created. 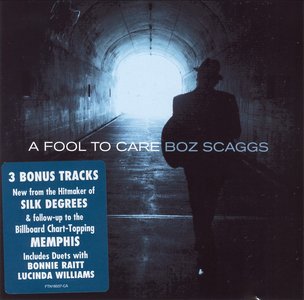 Los Angeles-based blues-rocker Beth Hart began playing piano at age four, later attending L.A.'s High School for the Performing Arts as a vocal and cello major. By 1993, she was a regular fixture of the local club circuit, by 1993 collaborating with bassist Tal Herzberg and guitarist Jimmy Khoury; with the addition of drummer Sergio Gonzalez early the following year, the Beth Hart Band was complete, and after signing to Atlantic's Lava imprint, the group issued its debut album, Immortal, in 1996. Screamin' for My Supper followed three years later. In 2003, Hart released Leave the Light On, followed by both audio and DVD versions of Live at Paradiso in 2005. In 2007, she released 37 Days, which was only released in Europe and Japan. It was followed by Beth Hart & the Ocean of Souls in 2009 on Razz Records. In 2010, Hart released My California in Europe, followed by release in the United States in early 2011. Hart emerged later in the year in collaboration with blues guitar superstar Joe Bonamassa on a searing collection of soul covers entitled Don't Explain. 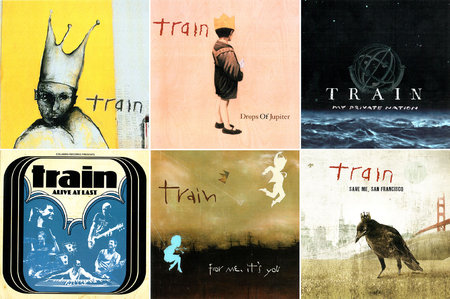 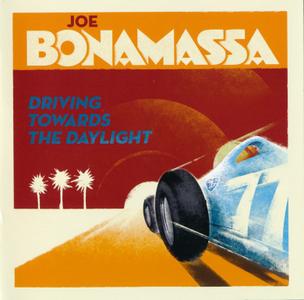 Dave Matthews Band - Under The Table And Dreaming (1994) 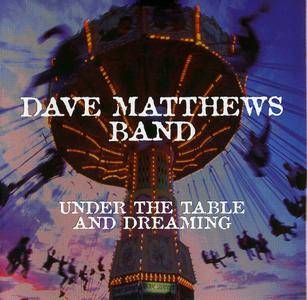 On their major-label debut, Under the Table and Dreaming, the Dave Matthews Band is helped by the lean production of Steve Lillywhite, who manages to rein in the group's tendency to meander. The result is a set of eclectic pop/rock that is accentuated by bursts of instrumental virtuosity instead of being ruled by it. That also means that the Dave Matthews Band is capable of turning out pop songs, and as the hit single "What Would You Say" and "Ants Marching" illustrate, they have a flair for catchy hooks. 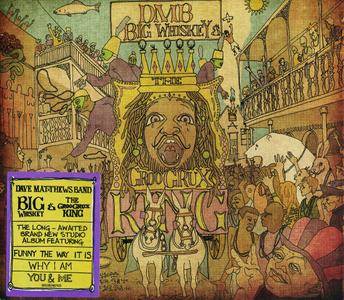 Tragedy has a way of putting everything into perspective, a truism that's brought into sharp relief by the Dave Matthews Band. LeRoi Moore, the group's saxophonist, died in 2008, something that shook the DMB to their core and they've responded as any working band does: by carrying on, playing gigs – including one on the day of his passing – and finishing the album they were recording at the time of his death, turning Big Whiskey & the GrooGrux King into a tribute to their fallen comrade. By saluting his spirit, DMB wind up returning to their roots, jettisoning any of the well-manicured crossover pop of Stand Up and reviving the loose-limbed jams that were their '90s specialty, a sound they've largely abandoned – at least on record – since 1998's Before These Crowded Streets. During that long, long decade between Before and Big Whiskey, DMB remained one of America's biggest bands even though much of those ten years found Matthews working through various existential crises – things got too big so he pulled away from the band, turned out a dark solo record, then came back – and his namesake band drifted along with him. Here, everything snaps back into focus: what was glossy is now clean and unvarnished; there is no avoidance of their rangy, loping rhythms or predilection for elastic solos; and these signatures – shunned on record, not on-stage – are embraced warmly, given muscle, and married to the dark undercurrents that have flowed throughout Matthews' new-millennium writing.