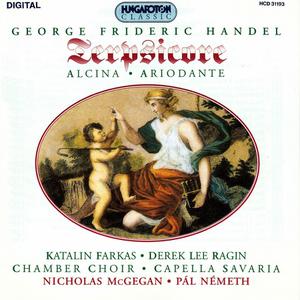 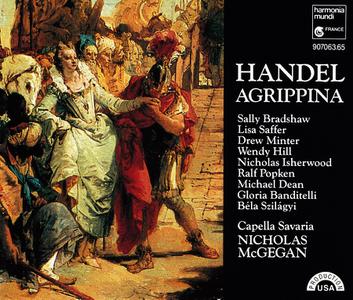 Agrippina (HWV 6) is an opera seria in three acts by George Frideric Handel with a libretto by Cardinal Vincenzo Grimani. Composed for the 1709–10 Venice Carnevale season, the opera tells the story of Agrippina, the mother of Nero, as she plots the downfall of the Roman Emperor Claudius and the installation of her son as emperor. Grimani's libretto, considered one of the best that Handel set, is an "anti-heroic satirical comedy", full of topical political allusions. Some analysts believe that it reflects Grimani's political and diplomatic rivalry with Pope Clement XI. 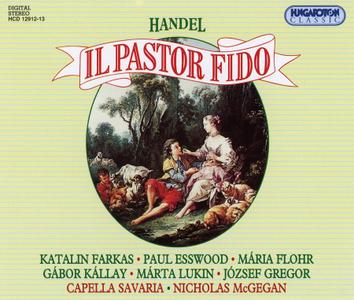 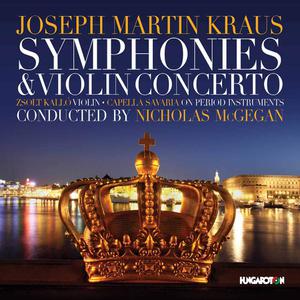 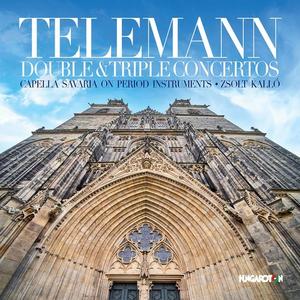 Capella Savaria - Telemann: Double & Triple Concertos (2021)
FLAC tracks / MP3 320 kbps | 1:02:42 | 319 / 143 Mb
Genre: Classical / Label: Hungaroton
Based on the number and the quality of his works, Georg Philipp Telemann (1681–1767) can by all means regarded as one of the greatest Baroque composers. His œuvre comprising a large number of concertos for two, three or even four solo instruments, a fact that also show his determined efforts to please a broad range of music-savvy audiences. Capella Savaria, Hungary’s oldest period instrument ensemble, presents six of these on this album. Founded in 1981, in Szombathely, Capella Savaria has earned its fame as the first period-instrument chamber orchestra of Hungary. Its innovative efforts created quite a sensation at the time in musical circles. The ensemble’s objectives were, from the onset, to play Baroque and Classical music in an authentic way by relying on genuine documents of the period. The founding artistic director was Pál Németh, followed by Zsolt Kalló who has been directing the ensemble since 1999. The members of the ensemble play authentic 18th-century instruments, or their copies.
2020 2021 Capella Savaria Hungaroton Classical Classical Music Language Other Language neutral Live Any English Compilation Various Artists Baroque Romantic FLAC Lossless MP3
Details 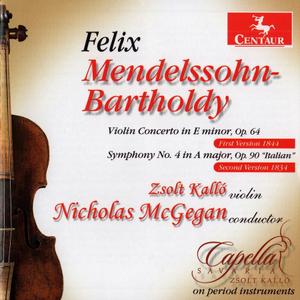 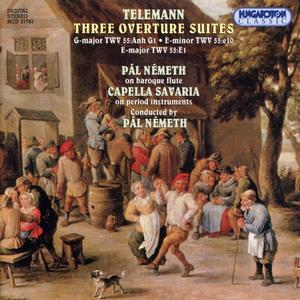 The title “Overture Suites” stems from the stage tradition of the court of Louis XIV in which the overture for an opera, ballet, or play was followed by a set of dances. The term “overture” was applied to the whole grouping, though in actuality these are orchestral suites as we understand the term from J.S. Bach. Some of Telemann’s overture suites are delightful works that must have provided wonderful preparatory entertainment for the evening’s main event. The G major suite, whose title “La Putain” translates as “The Whore”, quotes from the song “It’s been so long since I’ve come to you”. Despite the bawdy name, the suite is filled with jaunty, lively melodies and inventive, characterful dances. 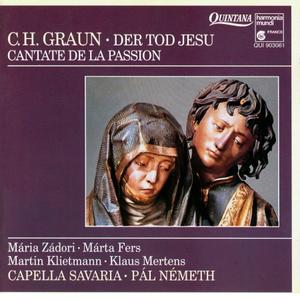 Der Tod Jesu of Carl Heinrich Graun (1704–59), completed in 1755, was for decades the musical mainstay of Passiontide services (a position now held by Bach’s and St. John Passions), being performed by the Berlin Singakademie virtually every Good Friday until 1884. Unlike the passions of Bach, Schütz, and other predecessors, Graun’s work does not set any texts of Scripture. Instead, in line with burgeoning Enlightenment sensibilities, the entire libretto by Carl Wilhelm Ramler (1725–98) is written in the exalted style of impassioned poetic declamation common to opera libretti of the era, in supposed imitation of Greek tragedy. At less than half the length of the Bach passions, and musically far less complex, with dignified and attractive arias composed in a style somewhat akin to those of Handel’s Messiah , it remains winsome even today, and its enduring popularity is readily comprehended. 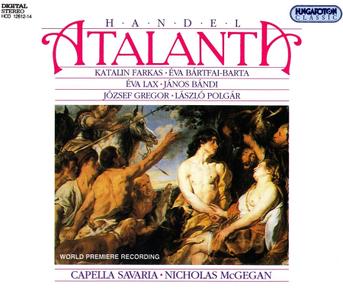 Atalanta (HWV 35) is a pastoral opera in three acts by George Frideric Handel composed in 1736. It is based upon the mythological female athlete, Atalanta, the libretto (which is in Italian) being derived from the book La Caccia in Etolia by Belisario Valeriani. The identity of the librettist is not known. Handel composed it for the London celebrations of the marriage in 1736 of Frederick, Prince of Wales, eldest son of King George II, to Princess Augusta of Saxe-Gotha. The first performance took place on 12 May 1736 in the Covent Garden Theatre. 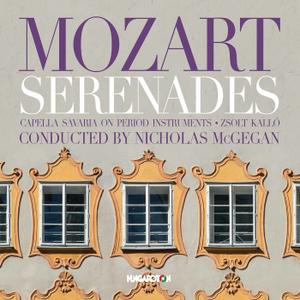 The Capella Savaria is the oldest chamber orchestra in Hungary to play on authentic instruments, and the ensemble’s latest joint recording with conductor Nicholas McGegan features two Mozart serenades with solo Zsolt Kalló violinist. Serenades were a popular genre in the 18th century, and were usually written for special events (betrothals, weddings, the birth of children in wealthy families). For a court musician like Mozart, serenades represented an excellent source of income: in 1776 he wrote ten such occasional works, including the two pieces on this recording. 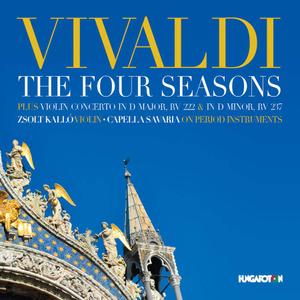 The first disc on the renewed Hungaroton label is the return of the five times “Disc of the Year” award winner ensemble Capella Savaria. The ensemble play period instruments to perform The Four Seasons, one of the most popular pieces of not only Vivaldi but of the Classical genre. It is a master piece, rich and multi-layered and offers something new regardless of how many times one has listened to the work. A stand alone, closed cycle, complimented on this disc by two of Vivaldi’s remarkable violin concertos. 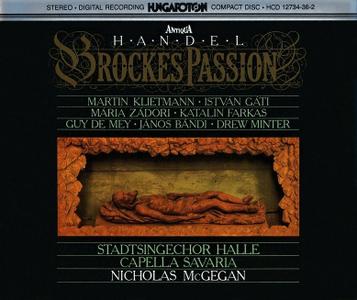 Handel's 'Brockes Passion' has had rather a bad press, suffering rather in comparison with Bach's passions. In fact, Handel's 'Brockes Passion' was written written at about the same time as 'Esther', some eight years before Bach wrote the St. John Passion. One of the subsidiary impulses which led to the creation of 'Esther' may have been a desire, on Handel's part, to hear some of the music from the passion performed as 'Esther' re-uses some nine numbers and others were re-used in 'Deborah'. 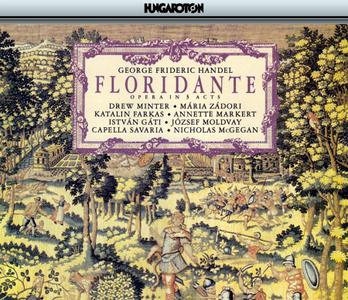 Composing Floridante was not a happy experience for Handel. He had recently acquired a popular rival, Giovanni Bononcini, and was forced to work with a new librettist that was more interested in the poetry of his material than its stageworthiness. However, the most serious problem occurred halfway through writing the opera, in October 1721, when the soprano whom Handel had cast as Elmira fell ill. The directors of the opera house (the Royal Academy of Music, patronized by King George I) decided to replace her with a contralto, Anastasia Robinson, whose voice was more limited in range and agility, but who possessed strong political credentials: she was both Roman Catholic, and the mistress of the Earl of Peterborough. These were important assets to the aristocratic Roman Catholic faction that held sway in the Academy at that time. In turn, her former scheduled part, that of Rossane, was to be given to a soprano, Maddalena Salvai.