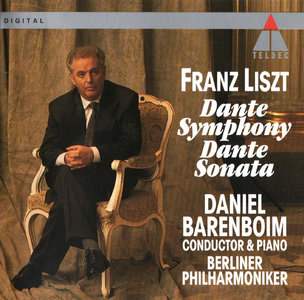 Liszt’s Dante Symphony is a work of astonishing imagination. His evocation of the ‘Inferno’, the shade of Francesca da Rimini and her sad remembered love is marked by strokes of genius which, with bewildering frequency, pre-empt the mature Wagner (who was, incidentally, the dedicatee of the work). If the second and third movements – the ‘Paradiso’ was wisely commuted to a setting of part of the Magnificat plus a brief Hosanna – don’t quite match the sweep and control of the first, they have their own particular magic. Even so, the work has not acquired the popularity of the Faust Symphony. Barenboim’s new recording with the Berlin Philharmonic is thus particularly welcome. Not only does it augment the number of available recordings to four, it is also the most polished. Even performing ‘live’, the Berlin Philharmonic turns in a performance of near-perfection – the solo lines are a particular joy. 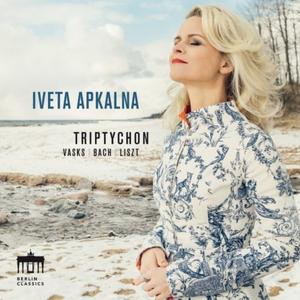 Having garnered the ultimate accolades from a host of arts review pages for her premiere recording on the Hamburg Elbphilharmonie’s organ and on the double organ of the Taiwanese Kaohsiung Center for the Arts, concert organist Iveta Apkalna now presents her third release on the Berlin Classics label as a triple album. "Triptychon" spans three centuries and three religious confessions on one single organ: Johann Sebastian Bach, Franz Liszt and Pēteris Vasks can be heard on this, the first release of a recording played in Neubrandenburg’s Concert Church on the organ which she helped to develop and inaugurated.Apkalna opens the first altar panel with three works by her compatriot and personal friend: alongside Arvo Pärt, Pēteris Vasks is the best known and most often played Baltic composer. “Latvia is Pēteris Vasks and Pēteris Vasks is Latvia”, explains the organist. “I hear the landscape of Latvia in his music, the far horizons of our flat country, the meadows and forests, birdsong and the sea. Pēteris Vasks is undoubtedly a truly Latvian character, though he also breathes the "global air". Otherwise people all around the world would not love his music”. 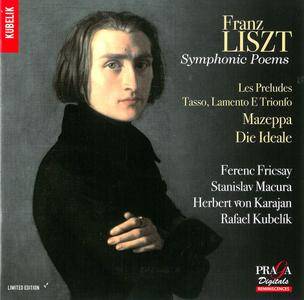 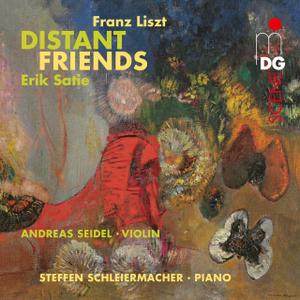 The maximalist Franz Liszt and the almost minimalist Erik Satie might seem a preposterous album pairing, but violinist Andreas Seidel and pianist Steffen Schleiermacher – really, it is Schleiermacher whose project this seems to be, although he gets second billing – make a strong case for its relevance. The key is that it is the mysterious late works of Liszt that are featured. Between Liszt's works of the early 1880s and the famous Gymnopédies of Satie is a period of just seven or eight years, and, more importantly, a common spareness of melodic material and, in some cases, an interest in popular music. 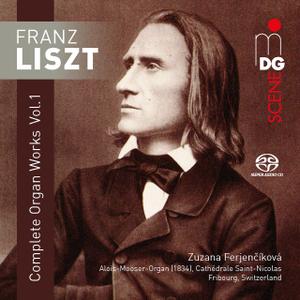 Franz Liszt certainly would have been very pleased with Zuzana Ferjen 269;íkovás selection of the Aloys Mooser organ in the Fribourg Cathedral for the first release of her complete recording of his organ works. Liszt himself travelled to Fribourg with George Sand in 1836 in order to have this instrument presented to him. Inspired by this marvellous organ, he then repeatedly wrote compositions and transcriptions for performance on the organ, constantly expanding the sound panorama to keep up with the advances in organ design. 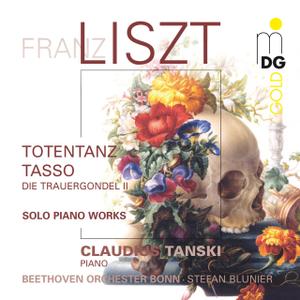 The Beethoven Orchestra Bonn and the pianist Claudius Tanski present a collection celebrating the 200th anniversary of the birth of Liszt. Works include the Overture to Goethe’s Torquato Tasso and Totenanz. An orchestration of La lugubre gondola by John Adams is a finely nuanced extra. 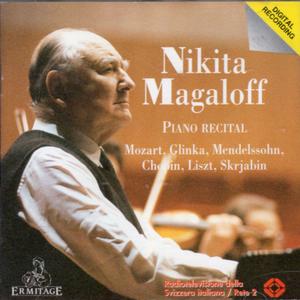 Nikita Magaloff is known, among other things, for his complete Chopin recordings. This programme, recorded some eighteen months before his death, shows his very mature pianism. 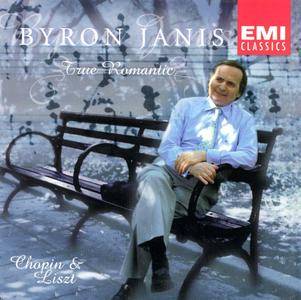 For while it would be idle to pretend that this 70-year-old virtuoso, struck down at the height of his career with psoriatic arthritis, still commands the velocity and reflex of his earlier years, his later Chopin and Liszt are a tribute to a devotion and commitment gloriously enriched by experience. The First Impromptu is piquantly voiced and phrased while the C sharp minor Etude, Op. 25 No. 7, could hardly be more hauntingly confided, more ‘blue’ or inturned. How you miss the repeat in the C sharp minor Mazurka, Op. 50 No. 3 (not Op. 15, as the jewel-case claims), given such cloudy introspection and if there are moments when you recall how Rubinstein – forever Chopin’s most aristocratic spokesman – can convey a world of feeling in a scarcely perceptible gesture, Janis’s brooding intensity represents a wholly personal, only occasionally overbearing, alternative; an entirely different point of view. Time and again he tells us that there are higher goods than surface polish or slickness and in the valedictory F minor Mazurka, Op. 68 No. 4 he conveys a dark night of the soul indeed, an emotion almost too desolating for public utterance… Janis is no less remarkable in Liszt, whether in the brief but intriguing Sans mesure (a first performance and recording), in a Sonetto 104 del Petrarca as tear-laden as any on record and in a final Liebestod of an exhausting ardour and focus. 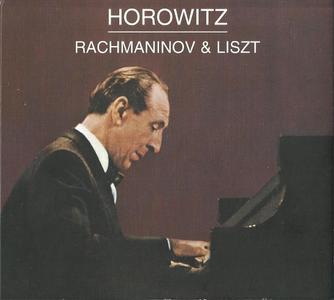 This very generous (79 min.) program of Rachmaninov and Liszt is a sterling representation of Horowitz's mastery in these two composers. It was issued in 2003 as a centennial tribute to the pianist, and quite a number of readings derive from live concerts. the span of time is relatively short - most of the performances come from 1967 and 1068, with several more from 1962, before he ended his self-imposed exile from concertizing. The sonics from that period could be a bit thin and shallow, but they are good enough, and at times, as in Rachmaninov's Etude-Tableau Op. 39 no. 5, Horowitz's full range of sound jumps out, making one wish that everything was this present and engrossing. 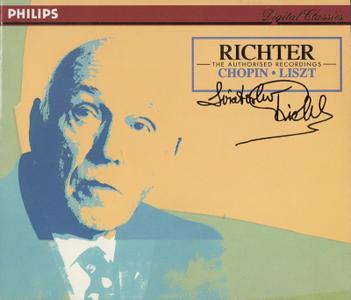 In 1994-95, Philips released a 20+ disc box set titled Richter - The Authorized Recordings. Each volume was divided up by various composers, and recordings ranged from 1963 - 1992. This album is a 3 disc set that contains works by Franz Liszt and Frederic Chopin exclusively. The recordings range from 1966 to 1992, most of which are from recitals in the late 80s. At this point Richter’s career was certainly closer to its end and the reigning virtuoso he was the 50s and 60s was clearly on decline as is common with most aging pianists. 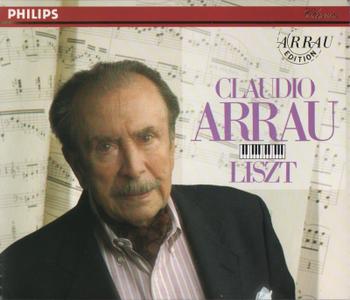 Although Claudio Arrau had impressive credentials as a Liszt player - his only teacher was Martin Krause, who was a student of Liszt - and he performed many of the composer's works early in his career, he neither exploited this association, nor became known as a Liszt specialist. Perhaps this was because Krause warned him not to become a specialist in the music of any one composer, urging him instead to embrace all music. Consequently, the younger Arrau's repertoire was very large; however, as he grew older he concentrated on fewer composers, moving as it were from the universal to the particular applying almost prophetic insight into certain scores, especially those of Beethoven and Liszt. 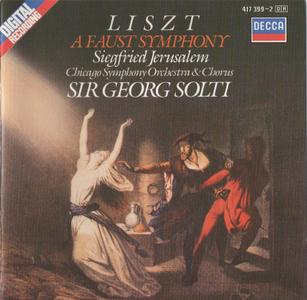 The 'Faust' Symphony included here was recorded in 1986 by Georg Solti and the Chicago Symphony Orchestra whose boss for many years he was. It is a legendary collaboration with quite a recording catalogue behind it, mostly for DECCA; both the legendary status and the recording legacy are probably second only to Karajan and the Berliner Philharmoniker. Such close collaboration between great musicians and great label is bound to produce memorable results. As it might be expected from DECCA, the digital sound is excellent, with impeccable clarity and dynamic range beyond reproach; but without that annoying flatness, or glassy artificiality, or call it what you like, that often affects digital recordings - or at least it used to do so in the early days of the digital era. 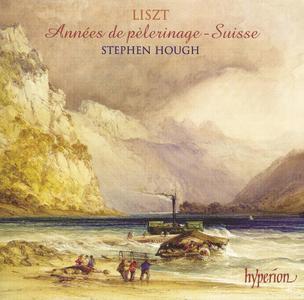 Stephen Hough has the ample virtuoso credentials to excel in these demanding exemplars of Romantic piano music. Only rarely do we miss the rhetorical flourishes or the big, burnished tone and philosophical depth of an Arrau, but this is a first-rate reading of wonderful piano music. Hough's performance of "Vallé d'Obermann," the longest by far of the Swiss book of the Années, is played like the large-scale tone poem it is, and he fully conveys the work's meditation on nature's mysteries. His tempo freedoms in "Au bord d'une source" help make this astounding "water music" a miracle of color and mood. Throughout, Hough's fleet fingers dazzle in the difficult passages and his tonal subtleties reflect the poetry in these nine pieces. 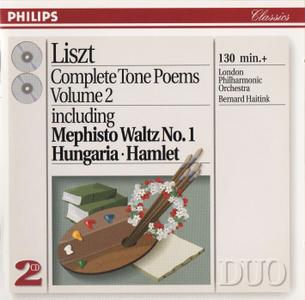 All recordings of Liszt's symphonic poems should be compared to the fabulous set by Kurt Masur and the Leipzig Gewandhash Orchestra. They are near perfection in their spontaneity and authenticity. These are good recordings - even great - although it would be hard not to perform such notables as Hungaria, the Mephisto Waltz and Hunnenschlacht. 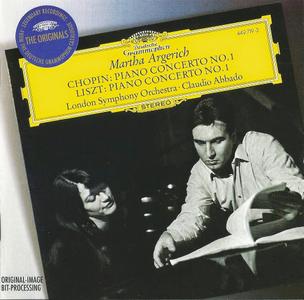 There has never been a more exciting pianist that Martha Argerich. Throughout her career, any appearance by her guarantees sellout crowds and an evening of memorable, not to say insane, music making. She has always drastically limited her repertoire about a dozen concertos, a few more solo and chamber works and will not perform or record solo recitals at all any more. But every single thing that she has recorded is a prime recommendation, plain and simple. She's one of the very few artists whose recordings one should collect just because of whom she is: unique and incomparable. These two concertos perfectly illustrate her gifts as an interpreter. Your ears will be glued to your speakers.