Stand! is the pinnacle of Sly & the Family Stone's early work, a record that represents a culmination of the group's musical vision and accomplishment. Life hinted at this record's boundless enthusiasm and blurred stylistic boundaries, yet everything simply gels here, resulting in no separation between the astounding funk, effervescent irresistible melodies, psychedelicized guitars, and deep rhythms… 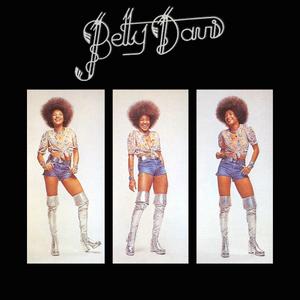 "Betty Davis" is the eponymous debut studio album by American funk singer Betty Davis, released through Just Sunshine Records (an upstart label) in 1973. The album was produced by Greg Errico and features contributions from a number of noted musicians such as Neal Schon, Merl Saunders, Sylvester, Larry Graham, Pete Sears, and The Pointer Sisters. In 2007, the album was re-issued on CD and vinyl by the Light in the Attic label. 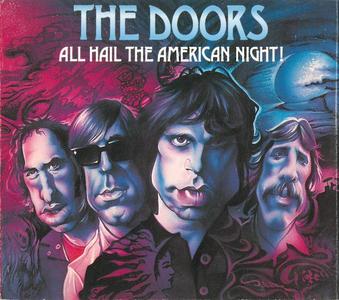 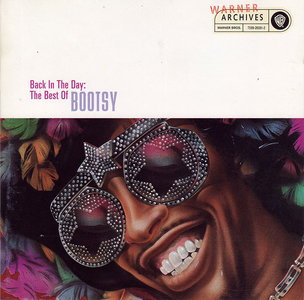 Can it get any better? If aliens came down needing to know what funk was all about, in all its talented, embrace-anything-and-everything, screw with your head and get your butt down glory, then this is a prime candidate for what to give them. The man, his voice, his bass, the backing of a prime core band including his guitarist brother Catfish, Fred Wesley, and Maceo Parker leading the brass – beautiful, hilarious, and just plain great. This one-disc collection could easily be a two-disc or more if one wanted to include every last highlight from Collins' up-down-all-around career – his work with James Brown alone is beyond the bomb – but when it comes to solo work, this is as perfect a place to start as any. Drawing mostly on the albums done with the active help of George Clinton in the late '70s, Back in the Day is a model for what a good compilation should be. Sound is excellent throughout, while full details on who plays what and where, along with where everything came from in the first place, all appear in exhaustive detail. The liner notes, meanwhile, come from longtime funk road manager (Brown, Prince, plenty of others) Alan Leeds, explaining every step of Collins' wonderful story. 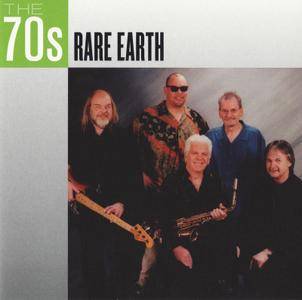 This is part of Sony Music's budget cd releases and it's an excellent live recording of Rare Earth as they sound today. For those interested there are three original members of the group but drummer Peter Rivera who sang "Get Ready" and "I Just Want To Celebrate" plus many more is no longer with Rare Earth, having left to pursue a solo career in the early eighties… 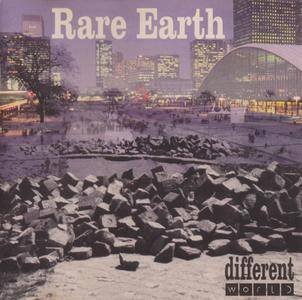 The first album of new material from the new look Rare Earth features a nice piece of artwork on the front. Beyond the sleeve is a set of new material plus some covers. Of the latter, the band strangely choose to re-visit "Tobacco Road" from their first Get Ready album. The inclusion of Lennon and McCartney's "Lady Madonna" and the Four Tops' "Reach Out I'll Be There" doesn't really do them any favours. Far more interesting are the newer songs… 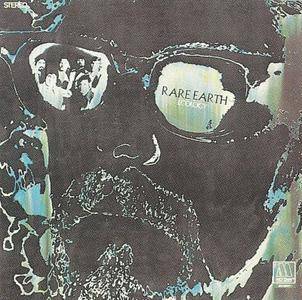 Two strong tracks propelled Ecology up the pop charts: the swaggering, bravado-laden "Born to Wander," written by Tom Baird, and a hard-hitting, rocking rendition of the Temptations' "I Know I'm Losing You," written by Cornelius Grant, Eddie Holland, and Norman Whitfield; the epic remake of the latter is almost eleven minutes of pure funk-rock… 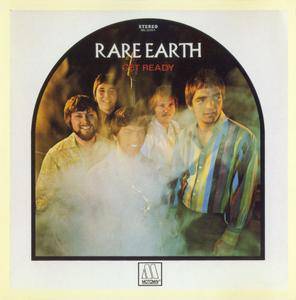 Rare Earth's Motown debut is as well-oiled as a new V-8, and so are its liner notes: "In this age of ego-tripping freak bands, Rare Earth has stood pretty much alone. Each cat stands handsomely tall as if from a fashion rack at Carnaby… 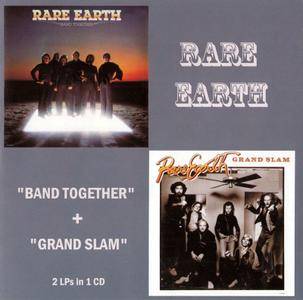 The difference with this album and Rare Earth's previous release in 1978 is that the Grand Slam LP featured a Barry Gibb and Albhy Galuten tune with no input from those two individuals. The addition of Barry Gibb, Maurice Gibb, and Robin Gibb on "Warm Ride" off this quick follow-up features the Bee Gees singing, and it's that extra attention which made this the last of Rare Earth's half-a-dozen 1970s hits. What was really needed, though, was production from Barry, Robin, Maurice, and their partners in crime, Karl Richardson and Albhy Galuten, skills which might've brought the single "Warm Ride" further up the charts… 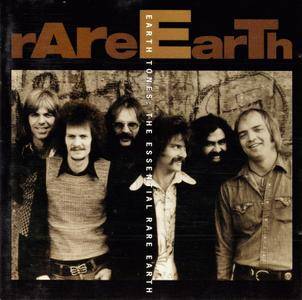 Clocking in at 75 minutes, this single-CD release is probably as much Rare Earth as most casual fans want (even though it only contains nine songs), and as a mid-priced item it's doubly attractive… 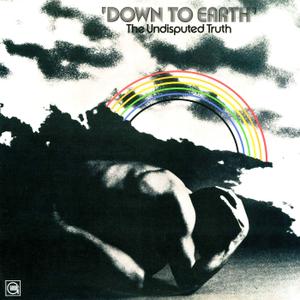 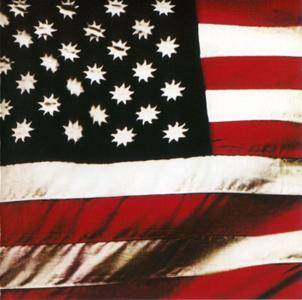 Sly & The Family Stone - There's A Riot Goin' On (1971) Reissue 2013
EAC | FLAC | Tracks (Cue&Log) ~ 288 Mb | Mp3 (CBR320) ~ 116 Mb | Scans included
Psychedelic Soul, Funk, Rhythm & Blues | Label: Epic/ORG | # ORGM-1079 | 00:48:03
There's a Riot Goin' On is the fifth studio album by American band Sly and the Family Stone. It was released on November 20, 1971, by Epic Records. The album was recorded during 1970 and 1971 at Record Plant Studios in Sausalito, California, with sessions dominated by band frontman Sly Stone during a period of drug use and intra-group tension. There's a Riot Goin' On embraced a darker and more challenging sound than the optimistic psychedelic soul style of the group's previous records, making use of hard funk rhythms, primitive drum machines, excessive overdubbing, and unconventional mixing techniques. Received with ambivalence upon its release, the album is now praised as one of the greatest and most influential recordings of all-time, and ranked at or near the top of many publications' "best album" lists. In 2003 it was ranked number 99 on Rolling Stone magazine's list of the 500 greatest albums of all time.
Garage psychedelic RnB MP3 320 CBR Psychedelic Soul 70s Sly & The Family Stone Rhythm & Blues Lossless Rock Soul 2013 Funk
Details 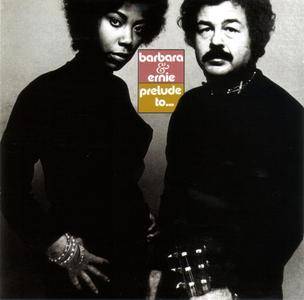 Soul singer Barbara Massey and jazz guitarist Ernie Calabria paired up for this rare 1971 album. With Calabria having worked with Nina Simone and Harry Belafonte, among others, and Massey having sung backup for artists including Jimi Hendrix, Cat Stevens, and Herbie Hancock, the pairing was an inspired one and resulted in this superb soul-jazz outing. Massey has a dry yet passionate and evocative vocal quality that often brings to mind Grace Slick. Fittingly, the duo takes on Jefferson Airplane's "Somebody to Love," turning the Summer of Love anthem into a steamy and hypnotic soul-funk jam. Elsewhere, the duo touches upon such varying styles as folk, Latin, and psychedelic rock with cuts like "For You" and "Do You Know?," bringing to mind such similarly inclined acts as the Free Design and Bill Withers. Anyone who has even a passing interest in this kind of '70s cross-genre aesthetic will certainly want to seek out Prelude To… 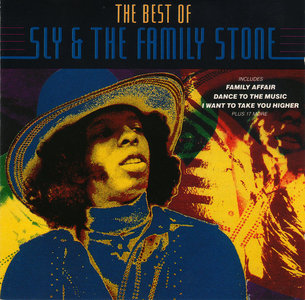 Sly Stewart is one of pop and rock's great enigmas. A charismatic performer, full of a boundless, good energy, a wonderful songwriter and, at least when he was in his prime, a man with a sure vision, Sly still somehow managed to throw it all away by the mid-'70s. The classic work he did with Sly & the Family Stone, though, is worth its weight in gold. This 20-track set has all the essential hits, including "Stand," "Everyday People," "Everybody Is a Star," "Family Affair," "Dance to the Music," and "I Want to Take You Higher," among others, and for most casual listeners, it has everything they'll really need. 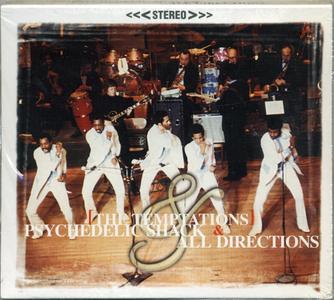