Smokey Robinson & The Miracles - 20th Century Masters - The Millennium Collection: The Best Of (1999)

It's an irresistible budget-priced summary of their prime Motown recordings. There may be a couple of noteworthy songs missing, but many of their best-known songs are here, including "The Tracks of My Tears," "Ooo Baby Baby," "The Tears of a Clown" and "I Second That Emotion." Serious fans will want something more extensive, but this is an excellent introduction for neophytes and a great sampler for casual fans, considering its length and price. That doesn't erase the ridiculousness of the series title, but the silliness is excusable when the music and the collections are good. 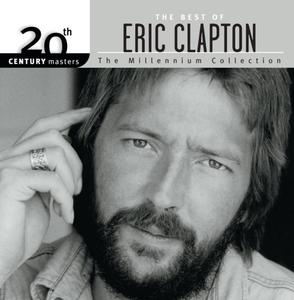 20th Century Masters – The Millennium Collection: The Best of Eric Clapton is a compilation album by the British rock musician Eric Clapton. It was released on 15 June 2004, by Polydor Records and is part of Universal's 20th Century Masters – The Millennium Collection series. The compilation album has eleven tracks that Clapton recorded in the 1970s both as a solo artist and with Derek and the Dominos. Glyn Johns produced the album in association with Tom Dowd. Although the release sold 1,366,610 copies in the United States, it has not been certified platinum by the Recording Industry Association of America. 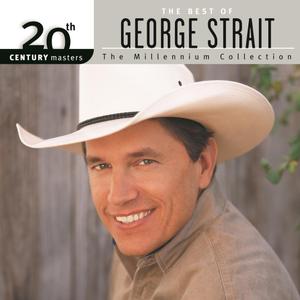 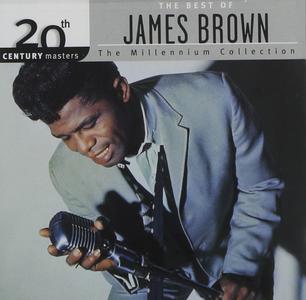 A lotta funk power, a lotta soul power-and some gems you won't find on other collections. Joining I Got You; Papa's Got a Brand New Bag; Get on the Good Foot; Cold Sweat; Soul Power; Prisoner of Love, and It's a Man's Man's Man's World are his early ballad Try Me; his often overlooked 1968 hit America Is My Home and more. 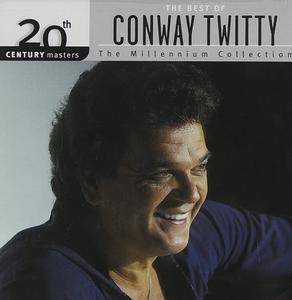 Spanning his first hit "Make Believe" to early-'80s singles such as "Tight Fittin' Jeans," Conway Twitty's 20th Century Masters - The Millennium Collection does a decent job of presenting his career highlights in a dozen songs. "Hello Darlin'," "You've Never Been This Far Before," and "After the Fire Is Gone" are some of the other highlights from this somewhat abbreviated collection; The #1s Collection provides a far deeper look into Twitty's body of work, but this album will probably satisfy most casual fans. 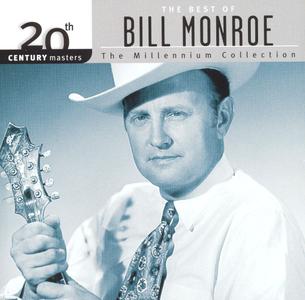 Original 1950s Decca recordings by the Father of Bluegrass (including eight of his most famous songs), plus a 1984 duet with Ricky Skaggs. 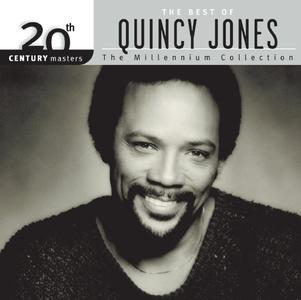 Quincy Jones' edition of Universal's 20th Century Masters: The Millennium Collection is hardly a comprehensive overview of Jones' career – that, as they say, would take a box set – but it does narrow in on the chart hits he had for A&M during the '70s and early '80s. Pretty much all of his pop crossovers of that era – outside of "'Roots' Medley," "Ai No Corrida," and "Money Runner," a theme song for the movie of the same name, released on Reprise – are here, which means this is very heavy on jazzy funk and jazzy quiet storm. Nothing here doesn't sound like its era, which isn't a bad thing – some of it may not transcend the era, but it's dated in a nice way, and the very best songs, such as the seductive James Ingram-sung "One Hundred Ways," rank among the best of their kind. This may not be among Jones' most influential music, but it's certainly among his best crossover material, and while it may miss a hit or two, it's a fine representative overview of his records of the '70s. 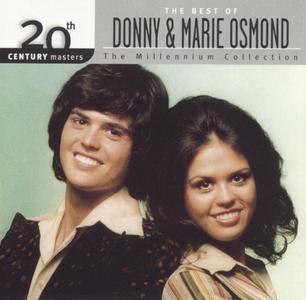 12 of the biggest '70s hits and most memorable duets that Donny and Marie Osmond recorded before taking their superstar act to TV! Includes their smooth pop hits I'm Leaving It (All) Up to You; Morning Side of the Mountain; Deep Purple; Make the World Go Away; Paper Roses and more. 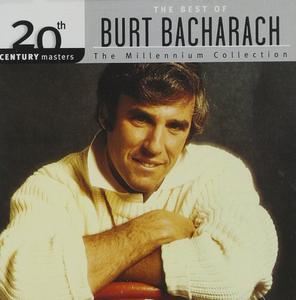 20th Century Masters - The Millennium Collection: The Best of Burt Bacharach collects a dozen mostly instrumental versions of some of the pop composer's best-known works, including "The Look of Love," "What the World Needs Now Is Love," and "I Say a Little Prayer." The lush '60s arrangements make this album a collection of retro mood music of the highest order, but anyone expecting a distillation of The Look of Love box set – i.e., a collection of the definitive vocal performances of Bacharach's songs – from this compilation will be disappointed. Still, the album delivers first-rate instrumental pop, reaffirming that Bacharach's music works equally well with or without vocals. 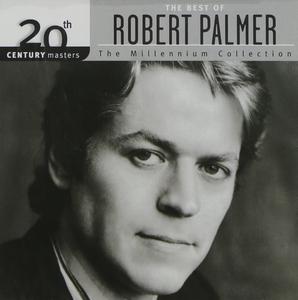 MCA's 20th Century Masters – The Millennium Collection is a good, basic collection of Robert Palmer's biggest hits, including "Sneaking Sally (Through the Alley)," "Bad Case of Lovin' You," "Can We Still Be Friends," "Looking for Clues," "Some Guys Have All the Luck," "Addicted to Love," and "I Didn't Mean to Turn You On." Although there are a couple of hits and good album tracks missing, this has enough of the hits to make it worthwhile for casual listeners on a budget.

The Carpenters - 20th Century Masters: The Millennium Collection: The Best of Carpenters (2002) 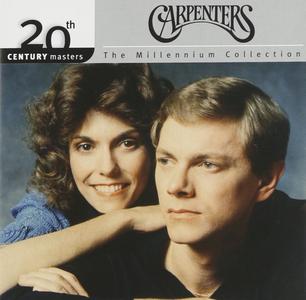 Karen's sweet voice plus Richard's clean arrangements added up to superstar success. Here are their biggest hits and most cherished songs: Top of the World; Please Mr. Postman; Yesterday Once More; Goodbye to Love; Only Yesterday; Bless the Beasts and Children; I Believe You; This Masquerade , and four more chosen by Richard himself. 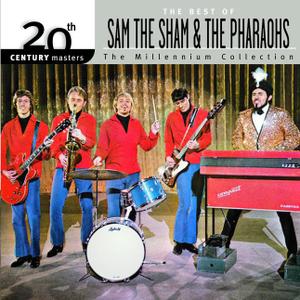 As part of MCA's 20th Century Masters - The Millennium Collection, the 12-track Best of Sam the Sham & the Pharaohs disc highlights the group's best-known material originally released on MGM in the mid-'60s. Besides the obvious hit singles "Wooly Bully" and "Lil' Red Riding Hood," the real highlights are the timeless "Ring Dang Doo," "(I'm in With) The Out Crowd," "Oh That's Good, No That's Bad," and "Ju Ju Hand." This is fun stuff with more groove and a slight edginess that, criminally, Sam the Sham was never given proper credit for. 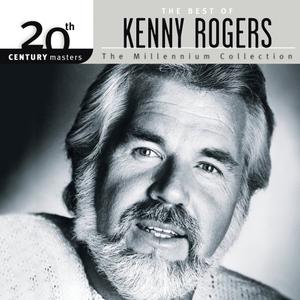 There certainly has been no shortage of Kenny Rogers compilations over the years – some might even say there's been a surplus – all covering essentially the same territory, mixing up his solo hits from the late '70s and early '80s with cuts from the late '60s when he fronted the First Edition. Hip-O's 2004 collection 20th Century Masters - The Millennium Collection uses that same approach, but it's better than nearly all of the collections currently on the market since it contains nearly all the big hits – "Lady," "She Believes in Me," "You Decorated My Life," "The Gambler," "Lucille," "Ruby, Don't Take Your Love to Town," "Ruben James," "Just Dropped In (To See What Condition My Condition Is In)" – on an affordable single disc. 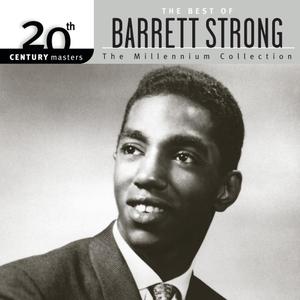 Barrett Strong was there for the very early days of Berry Gordy's Motown empire, but his sound bears no resemblance to the later smooth soul stylings that dominated the label's output. He was a R&B rocker all the way. His most famous song is Gordy's first smash hit, "Money (That's What I Want)" from 1960 on the Anna label. The rest of the disc contains some solid R&B ballads like "Oh Yes I Apologize" and "Do the Very Best You Can" and Strong's strong suit, raw rockers like "You Knows What to Do," "Yes No Maybe So," and "Let's Rock." The collection's highlights are a couple of songs, the bitter and tough lament "Two Wrongs Don't Make a Right" and the haunting Steve Mancha-penned "Misery." From the sound of these two songs, Strong had what it took to be a full-fledged Soul Man. Sadly, however, his career behind the mic stalled quickly and apart from "Money (That's What I Want)," he has been forgotten. 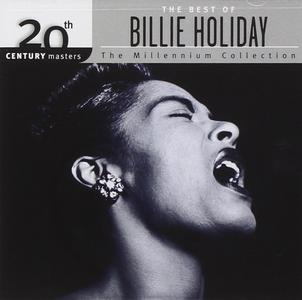 While it can't hope to compete with the impressive box sets of her work or even more specialized single-disc collections, 20th Century Masters - The Millennium Collection: The Best of Billie Holiday still manages to present a fair amount of her most definitive work from the '40s, even though it's only 12 tracks long. "Strange Fruit," "Lover Man," "Lady Sings the Blues," and "My Man" are all here, along with "Fine and Mellow," "'Tain't Nobody's Bizness If I Do," and "I Loves You Porgy." Not surprisingly since its track listing is so small, this collection is somewhat unfocused and definitely incomplete, but it offers a tantalizing taste of Billie Holiday's most musically fruitful period.