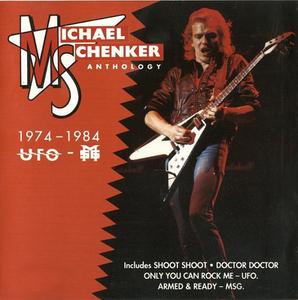 This anthology offers a very complete cross-section of Schenker's most important work, both with British rockers UFO and in his uneven solo career… 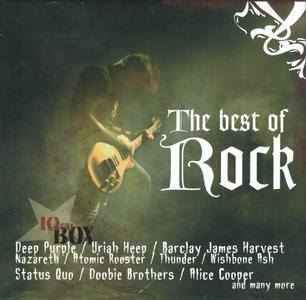 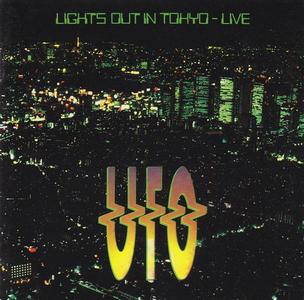 UFO is not an easy band to pigeonhole. Throughout their lengthy career (they formed in 1969), they've ranged from pin-you-to-the-wall hard rock, introspective balladry ("Love To Love"), progressive rock, proto-metal (Scorpions guitarist Michael Schenker was a member from 1974 to '78), blues ("Back Door Man"), and good old rock & roll ("C'Mon Everybody")–all of which is evident on this concert recording from Tokyo, Japan in June 1992. Other tracks include "Running Up The Highway," "One of Those Nights," "Doctor Doctor," "Only You Can Rock Me," and more. 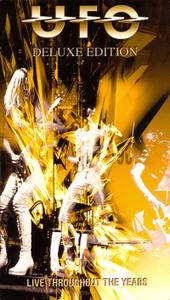 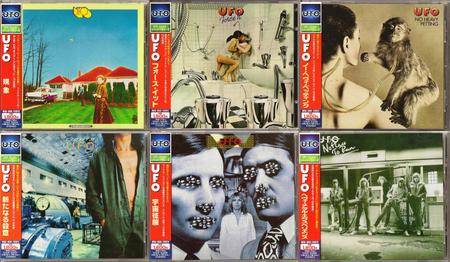 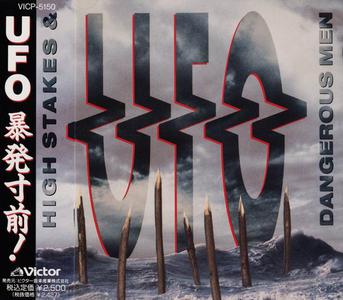 High Stakes & Dangerous Men is the thirteenth album by British hard rock band UFO, released in February 1992. It is the only UFO studio album to feature guitarist Laurence Archer and drummer Clive Edwards, both former members of Wild Horses. 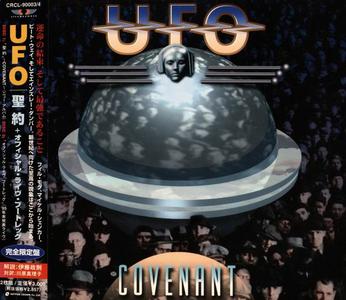 This release by hard rock favorites UFO is actually a two-disc set. The first disc consists of new material while disc two is a live album. The new studio material finds many of the old UFO sounds and trademarks, but is perhaps a bit rawer, both in terms of production and performance. In many ways, the new tracks feel a lot like they might have been leftovers from the previous CD, the brilliant Walk on Water. This one should certainly please longtime fans of the band, but probably is not a good introduction to the group. The lineup this time out is veteran drummer Aynsley Dunbar, guitar hero Michael Schenker, and vocalist Phil Mogg. 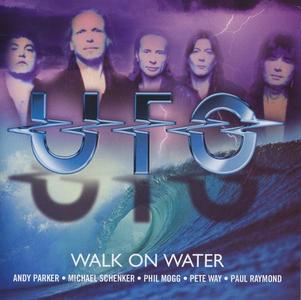 Walk on Water finds the classic mid-'70s UFO lineup - featuring Michael Schenker - reuniting for another go-round. Much has changed in rock & roll since Schenker last played in UFO, but in UFO's world, things remain the same. The group continues to pound out heavy rockers without changing its formula much at all. To the disinterested observer or critic, this means Walk on Water is boring, but UFO diehards may be pleasantly surprised by the record, since it finds the band playing with energy and conviction, even if the music is predictable. 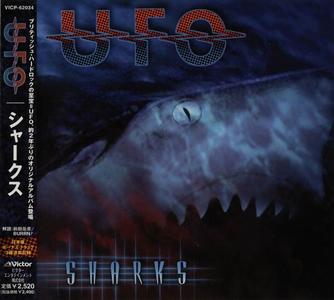 Much to the delight of old-school headbangers, the classic lineup of one of the great (yet usually underappreciated) bands of the '70s, UFO, regrouped in 1993. UFO's first new record since reuniting, 1995's Walk On Water, saw the quintet pick up exactly where it left off, not altering its formula much at all. The reunion (or at least the team of Phil Mogg and Michael Schenker) remained together for several albums afterwards, including 2000's Covenant and 2002's Sharks. The latter release sees bassist Pete Way return to the fold and, unsurprisingly, "the song remains the same." The boys can still lay down a hard-rocking thumper with no problem (albeit in more of an obviously Bad Company-like style), especially on such standouts as "Serenity" and "Fighting Man." But few tracks here approach the magnitude of, say, Lights Out or Obsession - something that the aforementioned Walk On Water surprisingly did. 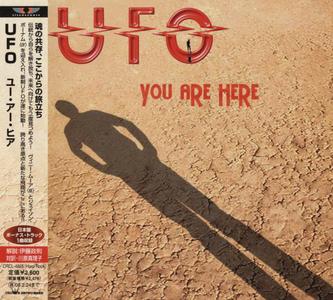 Survival sans Michael Schenker will forever be the plight of English hard rock heavyweights UFO. Indeed, for many ardent fans, the validity of the group's existence appears to hinge on the presence of the irascible German within its ranks. But with all due respect to the incomparable mad axeman, even his formidable talents have done little to elevate UFO's performance during its reunions of the '90s and 2000s, so it's only fair that the enduring "classic" trio of vocalist Phil Mogg, bassist Pete Way, and rhythm guitarist/keyboardist Paul Raymond should be free to carry on with or without him. They do the latter on 2004's You Are Here, a steady but very workmanlike album (recorded, ironically enough, in Germany) on which the lineup is rounded out by drummer Jason Bonham and American guitarist Vinnie Moore… 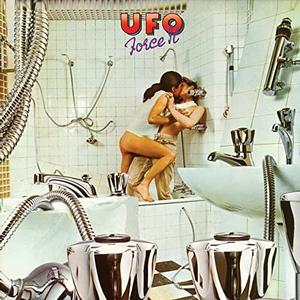 Ufo - Force It (Remastered Deluxe Edition) (2021)
WEB FLAC (tracks) - 643 MB | 01:39:52
Rock | Label: Chrysalis Records
Chrysalis Records continue their reissue program of the UFO catalogue with 2LP vinyl and 2CD expanded editions of Force It. Originally released in 1975, Force It was UFO’s fourth studio album and like 1974’s ‘Phenomenon’, this was produced by Ten Years After’s Leo Lyons.
It was also their first album to chart in the US and contains many classic tracks still in their live set today, such as ‘Shoot Shoot’ and ‘Let It Roll’.
For the new deluxe editions, the album was remastered in 2020 by Andy Pearce, from the original production master tapes. Bonus material comes in the way of the studio outtake “A Million Miles” and the live set recorded at the Record Plant, Los Angeles in 1975, which is previously unavailable on vinyl.
UFO 2021 Remastered Deluxe Edition Rock FLAC
Details 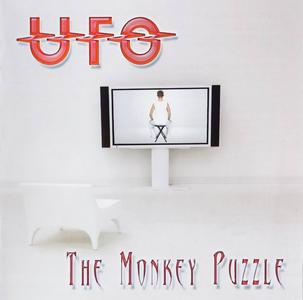 Although Michael Schenker is not involved, UFO's 2006 release The Monkey Puzzle sees four-fifths of the classic lineup back in place - singer Phil Mogg, bassist Pete Way, guitarist/keyboardist Paul Raymond, and drummer Andy Parker are all back on board. However, the group has hired certainly no slouch to replace Schenker on the six-string: Vinnie Moore. While they've taken numerous stabs over the years at replicating the magic of when Schenker is present - with varying results - tracks such as "Who's Fooling Who" and "Down by the River" contain the classic UFO sound, and certainly wouldn't have sounded out of place on Lights Out or Obsession. Elsewhere, Mogg sings in a much more gravelly style than what he's accustomed to, especially on the Zeppelin-esque "Heavenly Body." Some fans will never accept UFO sans Schenker. But for those who do, The Monkey Puzzle is certainly one of UFO's stronger non-Schenker studio efforts. 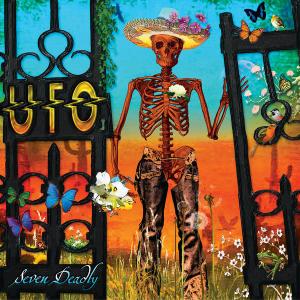 Easily an upgrade over "The Visitor" (2009), UFO have returned to their hard rock roots on "Seven Deadly", yet still retaining that bluesy edge they seem to have incorporated over the last few years. Vinnie Moore is sizzling throughout, Phil Mogg sounds better than ever, Andy Parker is still pounding his kit, and Paul Raymond adds his keyboard colors and occasional rhythm guitar. What more could any UFO fan want? 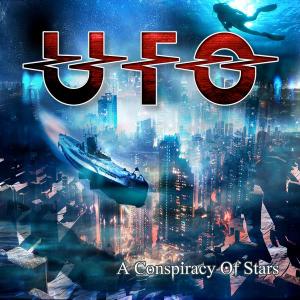 UFO has endured a myriad of lineup changes and stylistic shifts over its long career, but the band has always served as a haven for quality musicianship, and Conspiracy of Stars does little to tarnish that reputation. Featuring ten new tracks and a lineup that includes UFO core members Phil Mogg, Paul Raymond, and Andy Parker, along with guitar virtuoso Vinnie Moore and bass player Rob De Luca, the former a member since 2003 and the latter since 2012, the Steamhammer/SVP-issued Conspiracy of Stars is the veteran English hard rock unit's 21st studio long-player. 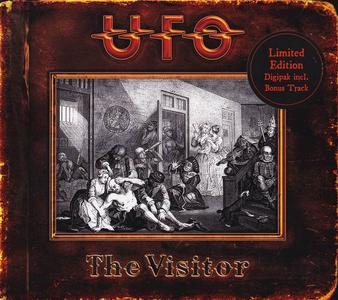 Like Saturday Night Live, UFO have had plenty of creative ups and downs over the years but have often demonstrated that one should never give up on them. The veteran hard rockers have recorded some superb albums along the way, and they have recorded some weak, lackluster albums, too. But even when they let their followers down on occasion, UFO have had a way of bouncing back and giving those followers new reasons to be optimistic. The Visitor, it turns out, is a respectable 40th anniversary present from UFO, who were formed in 1969 and remained active 40 years later in 2009. This 2009 release finds two members of the original 1969 lineup (lead singer Phil Mogg and drummer Andy Parker) joined by keyboardist/guitarist Paul Raymond (a 1976 arrival) and guitarist Vinnie Moore, who didn't come on board until the 2000s…