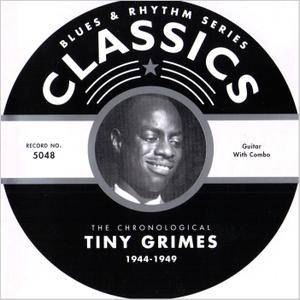 Tiny Grimes was one of the earliest jazz electric guitarists to be influenced by Charlie Christian, and he developed his own swinging style. Early on, he was a drummer and worked as a pianist in Washington. In 1938, he started playing electric guitar, and two years later he was playing in a popular jive group, the Cats and the Fiddle. During 1943-1944, Grimes was part of a classic Art Tatum Trio which also included Slam Stewart. In September 1944, he led his first record date, using Charlie Parker; highlights include the instrumental "Red Cross" and Grimes' vocal on "Romance Without Finance (Is a Nuisance)." He also recorded for Blue Note in 1946, and then put together an R&B-oriented group, "the Rockin' Highlanders," that featured the tenor of Red Prysock during 1948-1952. Although maintaining a fairly low profile, Tiny Grimes was active up until his death, playing in an unchanged swing/bop transitional style and recording as a leader for such labels as Prestige/Swingville, Black & Blue, Muse, and Sonet. 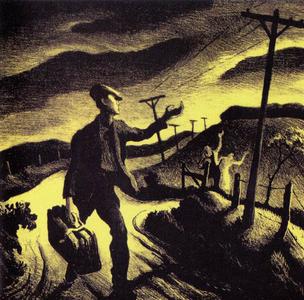 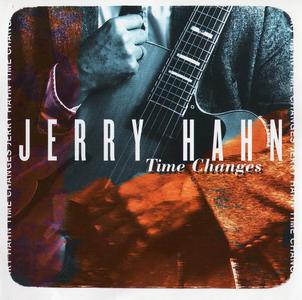 There's a 20-plus-year span between electric guitarist Hahn's Brotherhood recordings and this CD. In between he's gone from hippie to tweed suit while establishing the jazz guitar studies program at Wichita State University, taking residence in Portland and Denver, and doing this date in NYC with all-stars bassist Steve LaSpina, drummer Jeff Hirshfield, either pianists Phil Markowitz or Art Lande, and soprano saxophonist David Liebeman for two selections. Hahn's influence on Pat Metheny, John Scofield, John Abercrombie, Mike Stern, and Bill Frisell is clear. He uses a little delay, echo, and reverb, just enough to enhance his improvisations, and when he's technically concentrating, he can easily be coarsely sparse and sharply staccato, elongated from a chordal standpoint, a bit twangy, and consistently tasteful… 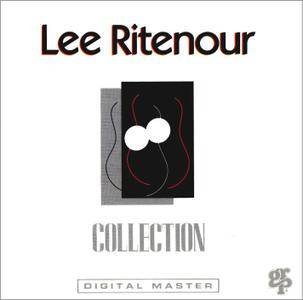 GRP's generally well-chosen 1991 Collection covers an entire decade of Lee Ritenour releases from Elektra and GRP. As such, those years seem to form a late-'70s plateau descending into a commercial valley by the early part of the '80s and then gradually ascending a slope as Rit's playing grows and deepens in the decade's final years. Some of the high points are the Latin-inflected numbers from Festival ("Latin Lover") and Portrait ("Asa") and two excellent straight-ahead excerpts from Stolen Moments ("24th Street Blues," "Waltz for Carmen"), the latter two with lots of Wes Montgomery-like octave work. And even "Is It You?," Ritenour's pop hit from 1981, comes off as a good, catchy piece of record-making. Recommended for those who only want a sample of Lee Ritenour's voluminous solo output. 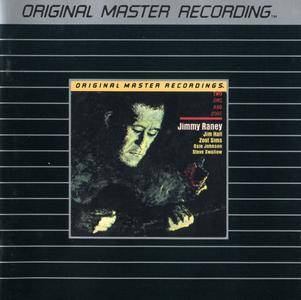 The slightly unusual date Two Jims and a Zoot features tenor saxophonist Zoot Sims interacting with two guitarists (Jimmy Raney and Jim Hall) while given subtle support by bassist Steve Swallow and drummer Osie Johnson. Although the eight selections (none of which caught on as standards) had all been written recently and sometimes display the influence of bossa nova, the quiet performances could pass for 1954 rather than 1964. The cool-toned improvisations and boppish playing have a timeless quality about them although for the time period aspects of this music already sounded a bit old-fashioned. 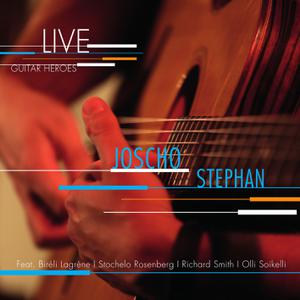 7 years have passed since the release of my “Guitar Heroes” Album (with Tommy Emmanuel, Biréli Lagrène and Stochelo Rosenberg as guests). I always wanted to bring the concept of mixing gypsy swing classics and original compositions with titles from other musical genres (pop, latin, western swing, etc.) to stage. I have managed to record 4 concerts over the past few years, of which the long-awaited LIVE CD with a selection of the different performances is finally available. In addition to my trio, Biréli Lagrène and Stochelo Rosenberg are on board again. Richard Smith and Olli Soikkeli could be won as additional guests. 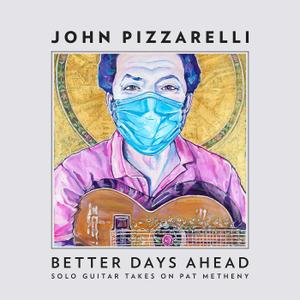 World-renowned jazz guitarist, singer and recent Grammy Award-winning producer John Pizzarelli takes on the songs of Pat Metheny in his new album “Better Days Ahead”. Having loved the recordings of the Pat Metheny Group since his teenage years, Pizzarelli welcomed the challenge of diving deep into Metheny’s cannon of dense, moving material and deconstructing Pat Metheny’s group arrangements on his seven-string guitar. “To say it was flattering to have John address these tunes is an understatement. I had no idea that it was all leading to this excellent solo guitar recording of my tunes” says Methany. 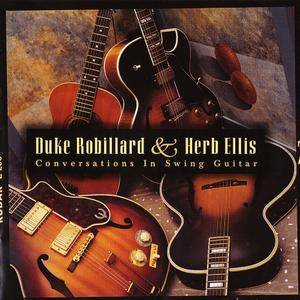 This is a not very challenging, but thoroughly charming, summit meeting between a blues guitar master and a jazz guitar legend. Taking four classic swing tunes ("Just Squeeze Me," "Avalon," "Stuffy," and, inevitably, "Flyin' Home"), two Robillard originals, and a jointly composed slow blues, and helped out by bassist Marty Ballou and drummer Marty Richards, Duke Robillard and Herb Ellis deliver a 48-minute swing guitar master class, Conversations in Swing Guitar. Ellis comes from jazz and Robillard from the blues, so their approaches are just distinct enough to keep things interesting; although both play with a clean, fat jazz tone and no one ever really hauls off and shreds, Robillard tends towards bent notes and funky chordal things while Ellis thinks a bit more in terms of long lines and florid ornamentation. Every so often you might find yourself wishing that the edges were just a bit rougher, but both of these guys are clearly having a great old time, and you will too. 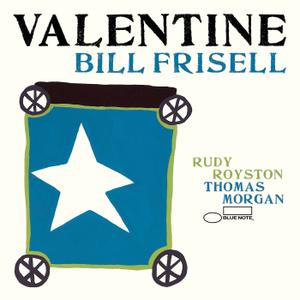 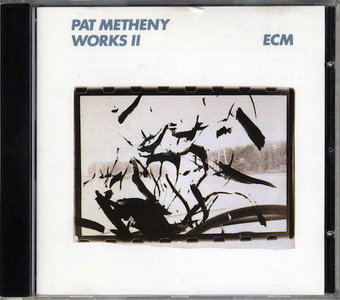 This is a soul-stirring release performed by Pat Metheny and a plethora of friends, all great jazz musicians in their own right. Works II is a compilation of his finest work, spread out from the years 1976 to 1984. This guitarist/composer/bandleader became one of the leading names in the jazz genre during the '70s and '80s. This collection of beautifully written numbers reflects his character of good taste and the unique flavor of his graceful, even-flowing solos. Opening with "Unquity Road," Metheny is joined by the legendary Jaco Pastorius on bass and Bob Moses on drums. The soothing sweeping tones of his guitar blends in charmingly with Moses pulsating percussion and the rousing basslines of Pastorius. 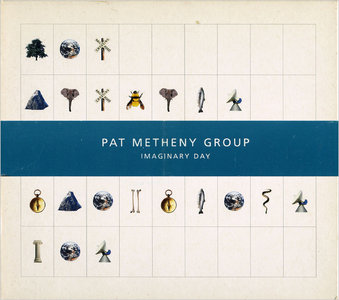 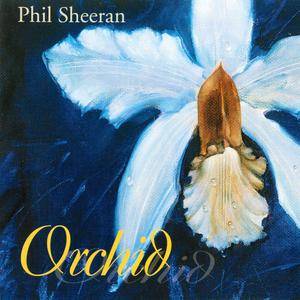 Phil Sheeran proclaims himself a "fingerstyle guitarist" in the liner notes to Orchid, and he gives those agile digits quite a workout even on the more low-key tunes which reflect his intention to create a mood recording. With Sheeran, there is always more than meets the eye - just as he eases our expectations into complacency with gentle declarations like "In My Heart" (on which he and flutist Brandon Fields tease each other back and forth over a swaying percussion groove), he heads for the tropics or does the B.B. King thing ("She Likes the Blues"), all to explosive effect. "Sacred Ground" combines the island panning of Andy Narell, the Native American bamboo flute musings of Richard Warner and Sheeran's own darker acoustic guitar tones - all over Harvey Mason's slick rhythmic pockets. Then "Jungle" finds Sheeran at a unique crossroads - his guitar is gentle but Eric Marienthal's alto fires up over a mix of live Mason and spunky hip-hop machinery. 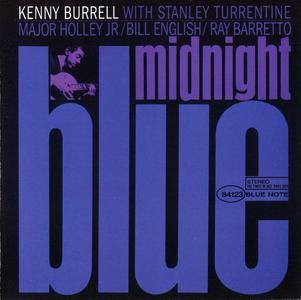 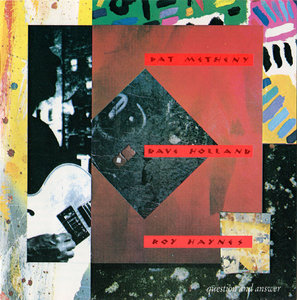 Here you have three absolutely breathtaking jazz performers locked into a studio for a day or so. From this combination of guitar, standup bass, and acoustic drum kit, you've got nine tracks of sheer jazz joy – three guys just blowing for the hell of it, recorded on the fly. There's a strong sense here that engineer Rob Eaton probably tried to get everybody properly set up and balanced before the session started and just gave up when everybody started playing. It's a delight to hear, because everything has gone into the performance, which is spontaneous and graceful – no going back for the next take here. Pat Metheny's playing is definitely modernistic, highly fluid, almost liquid lightning – no effects boxes here, though (he does play Synclavier on the last track, "Three Flights Up," but it's great anyway). Roy Haynes, likewise, should be heard by anybody wanting to get behind the traps: this man has a sense of humor, and he's a blur of motion. Dave Holland, on bass, is no slouch either, keeping pace with Metheny's guitar lines, and balancing up against Haynes' drums. Together, these guys are incredible. 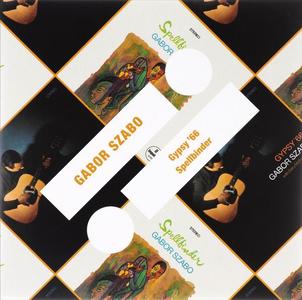 Two very groovy records - back to back on a single CD! Gypsy 66 is one of Gabor Szabo's best records - a hip small combo session, featuring backup by Gary McFarland, Sadao Watanabe, Richard Davis, and Willie Rodriguez - an odd kind of lineup, but one that goes well with the offbeat grooves of the set! The overall sound has lots of touches of the McFarland Latinized rhythms of the time - but also stretches out with some of those great snakey guitar solos from Szabo - not nearly as extended or trippy here on other albums of the time, but in a really great way that makes for some tight, hip, mod little tracks!…