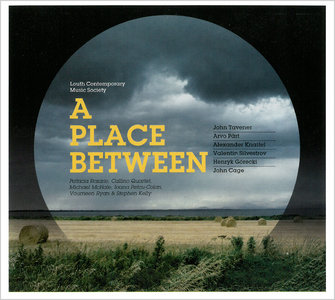 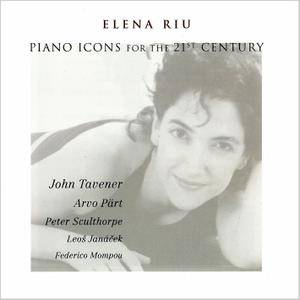 ‘Piano Icons For The 21st Century’ is an exceptionally performed collection of contemporary piano works by Pärt, Janáček, Sculthorpe and Mompou, plus the world premiere recording of John Tavener's Ypakoë. Piano Icons For The 21st Century was widely acclaimed upon its release and named a Gramophone ‘Critics' Choice': 'my disc of 2000 is without hesitation Elena Riu's extraordinarily fine CD.' John Tavener was inspired to write his first major solo work for piano in over twenty years after hearing Elena play. She premiered Ypakoë, a series of meditations on the death of Jesus, at the City of London Festival. The programme also includes Janacek's In The Mist, an intensely personal and darkly hued cycle, plus an intriguing collection of miniatures by three composers who, in her view, are on a similar wavelength: Peter Sculthorpe, the late Catalan composer Federico Mompou, and Arvo Pärt. 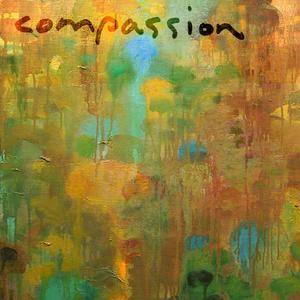 Initially conceived as a moral and artistic response to human suffering, violinist Edna Michell's Compassion also became a touching tribute to her mentor and source of inspiration, Yehudi Menuhin, on his death in 1999. The 15 compositions commissioned by Michell for the project revolve around the themes of suffering and charity in fairly abstract or suggestive ways, with few programmatic, religious, or political points made beyond the allusive titles. As a practical matter for curious listeners, this CD is a comprehensive sampler of contemporary musical trends, and the leading lights of two generations of composers are generously represented in the CD's 80 minutes. Established figures such as Karel Husa, Lukas Foss, György Kurtág, Hans Werner Henze, Wolfgang Rihm, Philip Glass, John Tavener, Steve Reich, and Iannis Xenakis share the program with rising composers Shulamit Ran, Chen Yi, Yinam Leef, Betty Olivero, Poul Ruders, and Somei Satoh. 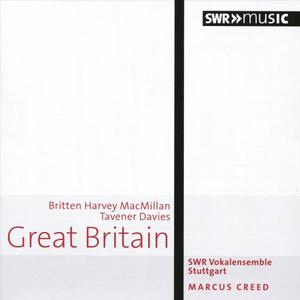 Great Britain's music culture is marked by a centuries-old tradition of choral singing, as is shown, for instance, in the institution of college choirs. Church policy had a beneficial effect on the development of sacred music. After the Anglican Church separated from Rome in the 16th c. and the abbeys were secularized, many cathedral choirs were founded which took over the Holy Office from the monastic communities. The fact that sacred choral music in the British Isles is still written largely with an orientation to liturgical purposes must be understood as an effect of this constellation. The close relationship between the way composers and performers work, moreover, explains the tendency of a large portion of this art to be addressed to the general public. 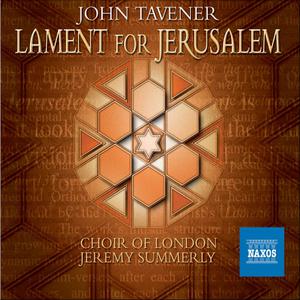 The world premiere recording of John Tavener’s Lament for Jerusalem in its “Jerusalem version” performed by the Choir and Orchestra of London under the direction of Jeremy Summerly. Soprano Angharad Gruffydd Jones and counter-tenor Peter Crawford are the featured soloists. 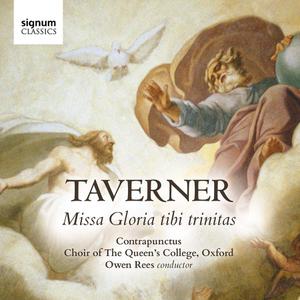 Owen Rees leads early-music consort Contrapunctus alongside The Choir of The Queen’s College, Oxford in performances of John Taverner’s masterwork, the Missa Gloria tibi trinitas. A virtuosic work, it has pride of place in the Forrest-Heyther partbooks (in the Bodleian Library in Oxford), which it has been variously argued originated at Cardinal College or at the Chapel Royal.It might well have been heard on Trinity Sunday in the chapel of Cardinal Thomas Wolsey’s palace at Hampton Court. 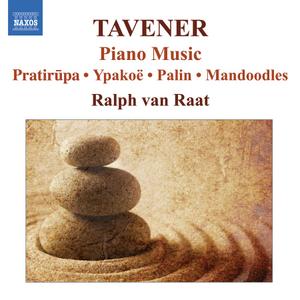 John Tavener’s piano works are less well known than his large orchestral, vocal and choral works, yet at times seem to mark his stylistic and spiritual development on a more personal level. Tavener’s first piano work, Palin, foreshadows his search for a spirituality beyond the sophisticated, technical manipulation of musical material. The loss of his cats inspired Tavener to write Mandoodles, depicting short scenes from the life of his cat Mandu, and the bell-like In Memory of Two Cats. Ypakoë, with passages in Greek or Middle Eastern style, is a contemplative meditation on the passion and resurrection of Christ. Pratiru¯pa, Sanskrit for “reflection”, is the composer’s largest work so far for piano solo. In the words of the composer, in this work “a series of self-reflecting harmonies, melodies and rhythms attempt to reflect the most beautiful, the Divine Presence which resides in every human being”. 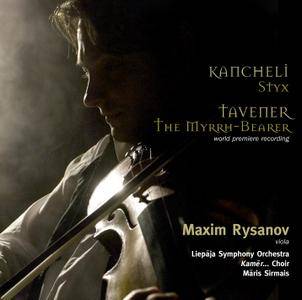 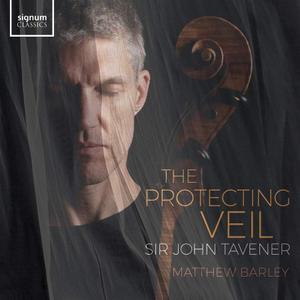 Transcendent With Awesome Majesty. John Tavener wrote these words above the opening cello notes of The Protecting Veil, immediately communicating the scale of this universal, timeless, structurally perfect and emotionally powerful work. In the composers words The cello represents The Mother of God and never stops singing. Indeed, the cello sings without stopping for the entire 46 minutes of the piece, requiring huge mental and physical stamina. Matthew Barley leads Sinfonietta Riga in this exploration of Taveners musical works and inspirations, interspersing performances with readings of WB Yeats and Frithjof Schuon by renowned actors Julie Christie and Olwyn Fouéré. 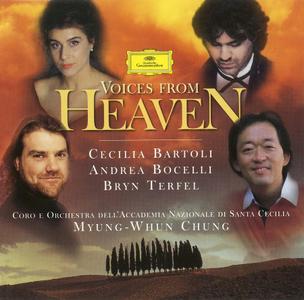 This is a beautiful anthology of sacred liturgical music. Chung coordinates his forces in larger choral pieces with power and vertical balance. Contributions by Cecilia Bartoli find the mezzo in top form, and Bryn Terfel brings charismatic presence to “Pie Jesu” from the Fauré Requiem. Also included are the interminable "Song for Athene" by John Taverner and a great performance by Andrea Bocelli in Eric Levi's hymn for the world, "I Believe". 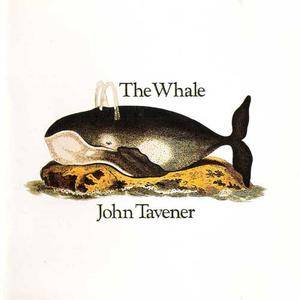 John Tavener - The Whale (1970) {1992 Apple/Capitol}
EAC Rip | FLAC with CUE and log | scans | 172 mb
MP3 CBR 320kbps | RAR | 98 mb
Genre: modern classical, neo-romantic
The Whale is the 1970 album by John Tavener. It was released by Apple Records and was meant to be the first of two records for the label. Tavener did make a second before it was moved to another label. This is taken from the first digital version of the album, released on compact disc in 1992 via Capitol.
Remastered 90s Contemporary Classical Music 1992 60s Electronica Modern Classical MP3 320 CBR 1970 MP3 John Tavener 70s Lossless
Details 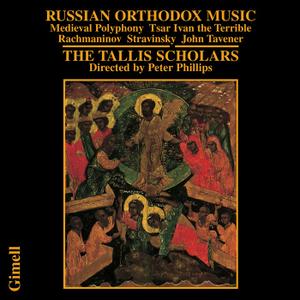 This analogue recording was first issued in 1982 and features music written for the Russian Orthodox Church, ranging from anonymous medieval motets through to the first recording of John Tavener's Great Canon of St. Andrew of Crete via Rachmaninov and Stravinsky. 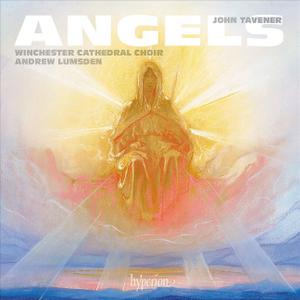 There are several fine compositions on this disc, which is mostly Christmas focused, but like all of Tavener’s music, can be enjoyed anytime. The sound on this recording is simply splendid, and it captures the ambiance of Winchester Cathedral. The performances are spot on, with the chorus spread seamlessly between speakers. When the organ appears, it is deep and resonant. All in all, a lovely disc and one that is highly recommended.