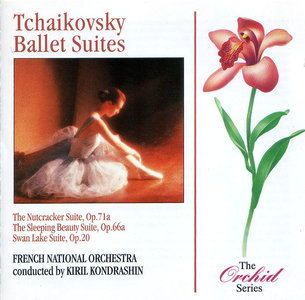 Tchaikovsky - almost alone - saw the possibilities of specially-composed music for the classical ballet, which was hugely popular in nineteenth-century Russia. His secret was to work closely with his choreographer and link music and dance routines at the outset: this proved vital to the stage action and the final success of the whole production. Swan Lake was the first, and Nutcracker the last of Tchaikovsky’s three ballet scores. Following the success of Sleeping Beauty came the request for another ballet, which eventually formed a double-bill with his opera Yolanta. Tchaikovsky agreed, unusually, that some of the Nutcracker music could be played at an orchestral concert before the ballet opened in St Petersburg. At the concert, an enthusiastic audience encored almost every number. 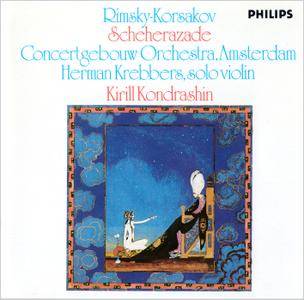 Even with 15 other versions of Rimsky's masterpiece of orchestral virtuosity to choose from — some in the top flight — this was recognized from the first as one of the most rewarding, thanks largely to Krebbers's exceptionally sweet, gently appealing and bewitching personification of the story - spinning Scheherazade and to Kondrashin's skill in pacing and shaping movements as a whole, relating the diverse tempos and building up tension and dynamics by careful control so as to create climaxes of thrilling intensity and power. the 'shipwreck' finale, in particular, was overwhelming; and this was achieved without resorting to the ultra - fast tempos adopted by some conductors to whip up excitement. The Concertgebouw's crisp, sonorous and sensitive playing (full marks both to the splendid strings and to the wind soloists) was caught with the utmost fidelity; but the Compact Disc's total exclusion even of minimal extraneous background now marks a still further improvement, as can be judged by the dead silence against which Scheherazade's pleadings are heard. The final coda is ravishingly beautiful. 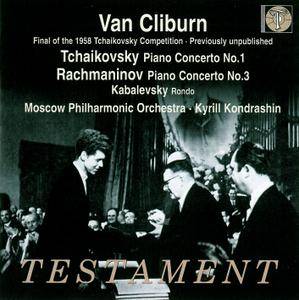 Deep in the heart of the Cold War, there was once a miracle in Moscow – Texas-based classical pianist Van Cliburn, of whom no one had heard, conquered at the First Tchaikovsky Competition, an event set aside to showcase Soviet talent. Cliburn was warned by his own government not to go, given the tense political relationship between the United States and Soviet Union at the time, and once he arrived he was greeted as a party crasher, subject to hostile stares and animosity of the kind he had never dreamed of back in Texas. And it was Cliburn, at the end, which brought down the house, and held the award. Back in America, he was greeted with a ticker tape parade and was the subject of a best-selling biography by Abram Chasins, The Van Cliburn Story, copies of which continue to clog the shelves of American thrift stores five decades hence. Ultimately, though, Cliburn's celebrity lost its luster. Nerves, ultra-picky perfectionism, and mishandling by management led to his early retirement from the concert scene; his greatest latter-day achievement being the force behind the Van Cliburn Piano Competition, America's most prestigious such event. 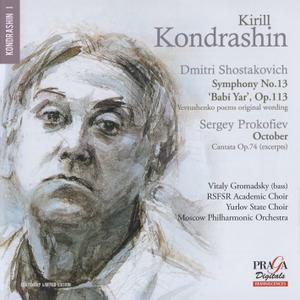 A historic version of the patriotic October cantata by Prokofiev plus only the second public performance of Shostakovich's 13th Symphony on December 20, 1962, using the original text by Yevtushenko, which pays tribute to murdered Jews in the Ukrainian ravine of Babi Yar.