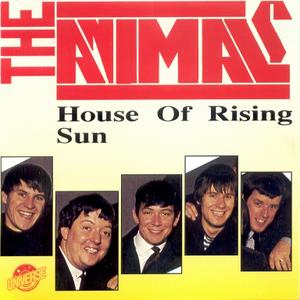 The Animals are an English rhythm and blues and rock band, formed in Newcastle upon Tyne in the early 1960s. The band moved to London upon finding fame in 1964. The Animals were known for their gritty, bluesy sound and deep-voiced frontman Eric Burdon, as exemplified by their signature song and transatlantic No. 1 hit single, "House of the Rising Sun", as well as by hits such as "We Gotta Get Out of This Place", "It's My Life", "I'm Crying" and "Don't Let Me Be Misunderstood". The band balanced tough, rock-edged pop singles against rhythm and blues-orientated album material and were part of the British Invasion of the US. 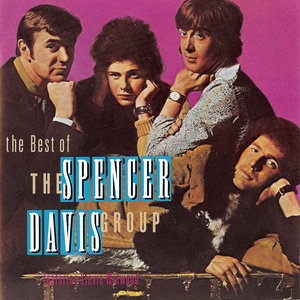 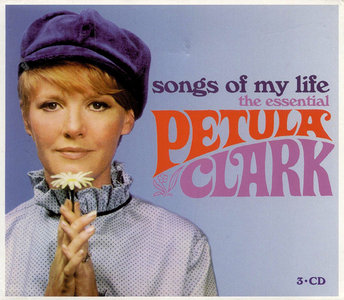 There are almost more Petula Clark collections than there were actual songs (that's saying something), and Sanctuary's three-disc Songs of My Life: The Essential Petula Clark is one of the better ones. Split into three themes, "Swinging Times," "Mellow Moods," and "Beautiful Sounds," Songs of My Life relies heavily on the English pop sensation's peak '60s and '70s output. All of the key radio hits are here ("Downtown," "I Know a Place," "My Love," "This Is My Song"), as well as countless ballads, uptempo pop gems, and choice covers. Fans looking for a decent career overview (sadly, none of Clark's vast arsenal of French hits are here) may find the 78 tracks that populate Songs of My Life a bit overwhelming, but they're well worth spending some quality time alone with. 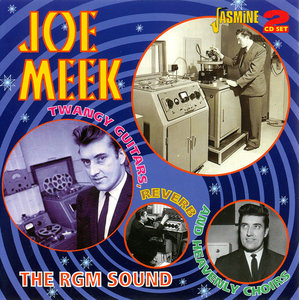 Long before he'd evolved into a fully-fledged cult figure, Joe Meek was the UK's first fully independent record producer. This unique 2CD set traces his career from his earliest sessions, as a sound balance engineer in the mid-'50s, to his emergence as a major songwriter and hit maker in the early '60s. It includes many of Meek's biggest records, including five UK # 1s by, Anne Shelton, Lonnie Donegan, Frankie Vaughan, Emile Ford and John Leyton, plus several other major million selling hits! Indeed, more than half of the sixty sides included herein were significant UK hits. This set also includes several collectors' rarities, previously unavailable on CD, most notably Gary Miller's unfeasibly-rare 'Moby Dick'. John Fraser's 'Golden Cage' and Geoff Goddard's 'Girl Bride'. If you are looking for what is by far the most interesting Joe Meek-related compilation for years then this is it!

The Hollies - All The Hits & More: The Definitive Collection (1988) 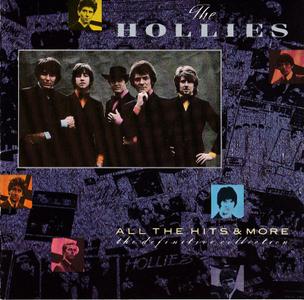 The Hollies have a recorded many songs and everyone has their own list of favourites whether it be single or album track. With this Double set, we've included all the hits plus the classics that audiences request at every Hollies concert. 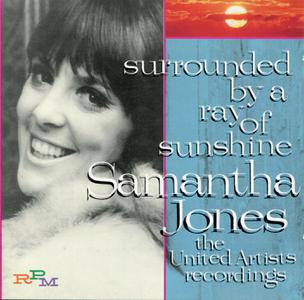 Samantha Jones - Surrounded By A Ray Of Sunshine: The United Artists Recordings (2000) {Rec. 1964-1968}
Pop/Rock, Vocal, British Invasion | EAC Rip | FLAC, Tracks+CUE+LOG+Scans (JPEG) | 54:56 | 316,01 Mb
Label: RPM Records (UK) | Cat.# RPM 199 | Released: 2000-06-13 (Rec. 1964-1968)
This has 20 tracks from her 1964-68 stint with United Artists, concentrating on the ten or so singles she made during that era, with a few LP cuts, a previously unreleased 1964 version of "As Long As You're Happy" (more famous as done by Sandie Shaw), and a rare Ford Cars promotional single. Jones was an okay but not great singer. These sides, some of them anyway, are most noteworthy for the inventive pop/rock-soul-orchestral production, particularly those by Charles Blackwell, who also handled Francoise Hardy and P.J. Proby during the era. Her 1964 debut single, "It's All Because of You," is stunning and strange for the time with its ghostly echoing percussive rattles, ominous melody, and brilliant orchestration; it's like Cilla Black's "You're My World" with more ambition. Francoise Hardy fans should note that the 1965 cuts "Don't Come Any Closer" and "Just Call and I'll Be There" are the English originals of tunes subsequently covered by Hardy in French (as "Non Ce N'est Pas Un Reve," and "Le Temps Des Souvenirs" respectively).
Pop/Rock Vocal British Invasion Beat AM Pop lossless FLAC CD-Rip CD-Rip+Scans Samantha Jones
Details 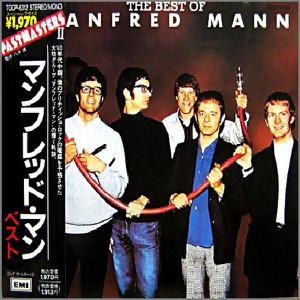 An R&B band that only played pop to get on the charts, Manfred Mann ranked among the most adept British Invasion acts in both styles. The fact that their range encompassed jazz as well as rhythm & blues, coupled with some elements of their appearance and presentation – co-founder/keyboardist Manfred Mann's bearded, bespectacled presence – also made the Manfreds more of a thinking person's band than a cute, cuddly, outfit like the Beatles, or sexual provocateurs in the manner of the Rolling Stones. Yet, their approach to R&B was as valid as that of the Stones, equally compelling and often more sophisticated. They charted an impressive number of singles from 1964 through 1969, and developed a large, loyal international fandom that lingers to this day. 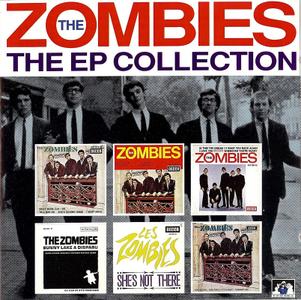 The Zombies EP Collection, from the See for Miles label, contains the British Invasion bands biggest hits from 1964 through 1966, including "Tell Her No," "Time of the Season," and, in both mono and stereo, "She's Not There."… 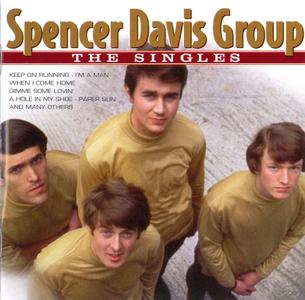 The Spencer Davis Group is fondly remembered for their late-1960s singles that featured the deep soul vocals of Steve Winwood, then only a teenager. Singles like "Somebody Help Me," "Keep on Running," "Gimme Some Lovin'," and "I'm a Man" were solid R&B rockers, making The Spencer Davis Group one of the most explosive bands in the so-called British Invasion era… 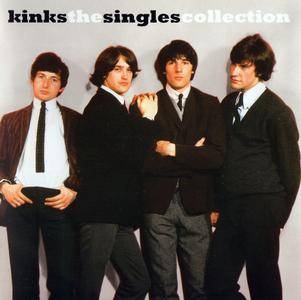 Although they generally aren't thought of as being as innovative as their contemporaries the Beatles, the Rolling Stones or the Who, the Kinks, thanks to Ray Davies' ever evolving songwriting and brother Dave Davies' power chording, fuzzed-out guitar sound, may well have influenced the actual sound of later bands more than any of those groups. This fine single disc collection brings together the Kinks' Pye Records singles from the 1960s, and includes the power chord shot heard around the world, "You Really Got Me," as well as its close siblings "All Day and All of the Night," "Tired of Waiting for You" and "Til the End of the Day," and later and relatively more sophisticated hits like "Waterloo Sunset" and "Lola." The end result is a solid chronological survey of the Kinks' most commercial and influential period. 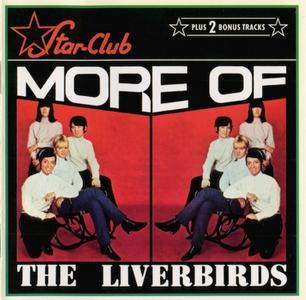 The Liverbirds (sometimes spelled Liver Birds) were one of the more distinctive outfits in Liverpool (and anywhere else, for that matter) by virtue of the fact that they were a hard-rocking all-girl group, self-contained instrumentally and focused on rhythm & blues. They weren't too successful musically in Liverpool, but in 1963 they went to Hamburg, where they became one of the most popular acts ever to play the Star-Club. Irene Green (vocals), Sheila McGlory (guitar, vocals), Mary McGlory (bass, vocals), Pamela Birch (guitar, vocals), Valerie Gell (guitar, vocals), and Sylvia Saunders (drums) got together in early 1962 under the name the Debutones, before changing it to the more city-specific Liverbirds. 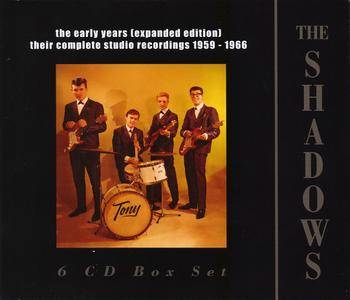 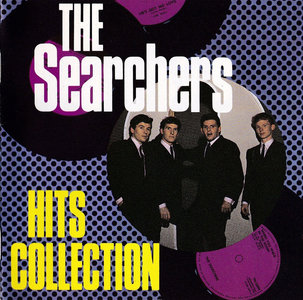 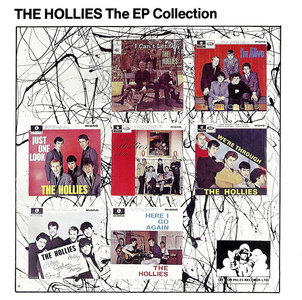 Except for "Whatcha Gonna Do About It" which is in stereo, this is a great and inexpensive way to get the best of the early 63-66 Hollies in pure monoponic sound… 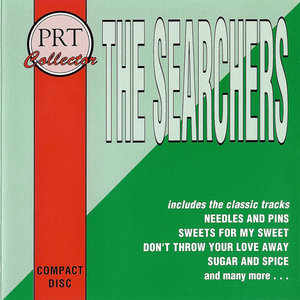