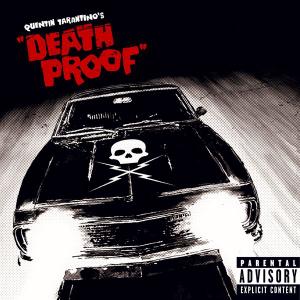 Quentin Tarantino soundtracks are often as deliriously exciting as the films themselves and Death Proof is no exception to the rule. His half of the exploitation double-bill Grindhouse concerns a serial killer called Stuntman Mike who offs girls with his indestructible car – a blend of no less than three B-movie staples that provides a perfect vehicle for a perfect soundtrack, which Death Proof comes pretty close to being. Given the inspirations behind this stylized exploitation flick, it should come as no surprise that this soundtrack also borrows heavily from the '60s and '70s, digging up a bunch of forgotten soul, pop, rock, surf, and soundtrack songs that aren't commonly heard. There are some familiar names here – whether it's composers Jack Nitzsche and Ennio Morricone or soul singers Joe Tex and Eddie Floyd – but the closest this comes to familiar territory is T. Rex's glam staple "Jeepster" and maybe Smith's one-shot wonder "Baby It's You." But the pleasure of this soundtrack is precisely how all these little-known songs create their own fantastical spin on the late '60s and '70s, just like how Tarantino does it within the film itself. According to this, it was a time when the Coasters turned "Down in Mexico" into spacey, funky doo wop, when Dave Dee, Dozy, Bich & Tich turned out fizzy pop pleasures like "Hold Tight" and when Pacific Gas & Electric turned "Staggolee" into a psychedelic pimp. Thow in a down-n-dirty Willy DeVille number and the girl power of April March's "Chick Habit," and this is turns into an addictive record – one that's perfect for long, dark drives or just about any other kind of good time you could name. 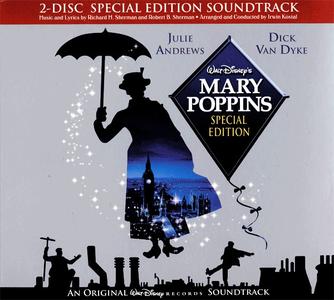 Disney's 1997 and 2006 reissues of the Mary Poppins soundtrack augmented the classic original release with a handful of demos and interviews, which is enough bonus material to attract collectors, but not enough to overshadow the wonderful qualities of the music. Mary Poppins contained some of the best-known (and best-loved) songs from any Disney film, including "Chim-Chimeree," "Supercalifragilisticexpialidocious," "A Spoonful of Sugar," and "Let's Go Fly a Kite." The music has lost none of its charm over the years, and it stands as some of the finest music from a movie musical in the last half of the 20th century.